A recent comment to a Gun Nuts post caught my eye: “Shotgun patterns are the same size regardless of gauge.”... 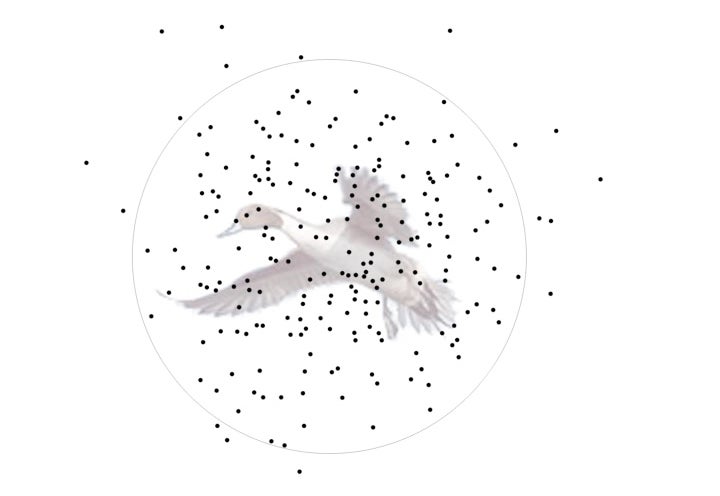 A recent comment to a Gun Nuts post caught my eye: “Shotgun patterns are the same size regardless of gauge.” I have heard that one a lot. Is it true? Well, yes it is . . . but there’s more to it than that.
It is definitely true that the size of a shotgun’s bore has nothing to do with the overall size of its pattern. Air resistance opens patterns, and pellets react to air resistance the same way whether they come out of the barrel of a 12 gauge or a .410.

But . . . generally speaking, the larger the gauge, the more pellets its shells contain. That shell will have a larger effective pattern than a shotshell containing fewer pellets.

Patterns are not evenly distributed. They are denser in the center and sparser on the outside, basically following a bell curve. This is known as Gaussian distribution, after Austrian scientist and mathematician Carl Friedrich Gauss.* Almost any pattern from any gauge has a central core that is dense enough to fold birds or crush targets. That core is usually about 15 inches across. Hit a bird with the pattern core and you’ll kill it, regardless of what gauge you’re shooting or how many pellets your shotshell holds.

But, you say, comparing larger and smaller bores is apples to oranges because of the difference in payloads. What if they’re all shooting the same amount of shot? Bigger bores still win, at least in theory, because they pattern more efficiently than smaller bores, creating fewer deformed flyer pellets that are completely lost to either the core or the fringes of the pattern. The difference wouldn’t be much in a pure apples to apples comparison, but there would be a difference, and the bigger bores would shoot larger effective patterns.

And that, as Paul Harvey would have said, is the rest of the story.

*Supposedly, Gauss came up with concept of Gaussian distribution while watching recruits shoot muskets at a target.