I’m doing this at the request of Ryan Peterson who actually spelled “Creedmoor” correctly, thereby numbering himself among the literate... 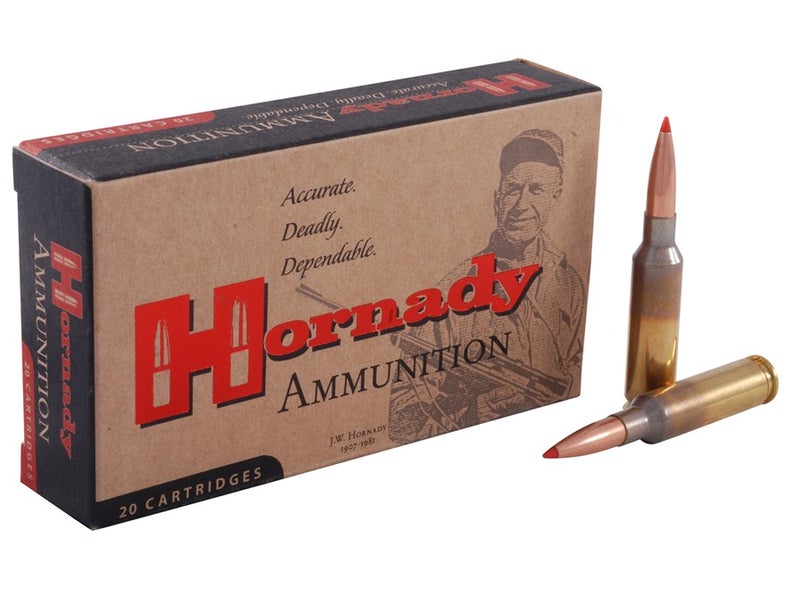 I’m doing this at the request of Ryan Peterson who actually spelled “Creedmoor” correctly, thereby numbering himself among the literate few, and entitling himself to preferential treatment. Creedmoor was a competition rifle range established on Long Island in 1873 when long-range shooting was a tremendously popular international sport. The range was active until 1891, and the land was subsequently put to various uses over the years. Today it’s the site of the Creedmoor Psychiatric Center, and I leave you to draw your own conclusions about that. But in any event it’s spelled as I have it above, and not “Creedmore” or “Creedmoore,” for God’s sake.

The Creedmoor was developed by Hornady as a dedicated target round for shooters who wanted a 6.5mm cartridge that would work through a wide variety of rifles (just about anything that will function with the .308 can be rebarreled to the Creedmoor), was economical, would not require that long, 140-grain bullets be seated so deeply as to eat up all the powder space, could be purchased as loaded ammo or handloaded to match factory ballistics, and would provide first-rate competitive accuracy at any distance from 100 to 1,000 yards.

When the Creedmoor was introduced in 2007, there was no shortage of 6.5mm cartridges, the most prominent of which were the 6.5 Swede, which was developed for the military and is also one of the great, classic hunting rounds, the 6.5/284, which was and is beloved of competition shooters, and the .260 Remington, ditto. The latter two cartridges are based on the premise that if you start a 140-grain, very high BC bullet at a velocity of 2,800 fps or a bit better, you can match anything you can do with a .30-caliber round, only with a lot less recoil. Not only does this work in theory, but it works in real life as well.

So, to Mr. Petersen’s questions: Can it be used for hunting? You bet it can , and in fact Hornady is now loading it for that purpose. Ballistically, it’s just a tad more powerful than the 6.5 Swede, and in its century of existence, the Swede has killed everything, everywhere. I have one, and have never had to pull the trigger twice on the same animal. With 140-grain bullets, it will do nicely for elk and moose.

Effective range? If it’s targets you’re talking, it will work out to 1,000 yards, but if you’re hunting and combine the Creedmoor with a good range-compensating system, certainly 600 yards is within your grasp.

Best barrel length? Target shooters, in order to get every last, living fps, go to 30-inch or 28-inch barrels, but for a hunting rifle I think 24 inches is a good choice, and I could even head into the woods with a 22-inch barrel and a high heart.

Its competitors? As mentioned, the Swede is pretty much identical, and offers the same low recoil, mild report, and high efficiency, as does the .260 Remington. They are birds of a feather. The 6.5/284 is a distinct cut above in velocity. It burns more powder, at higher pressures, and can produce 200 fps more than the smaller rounds. On the other hand, its barrel life is less than great, but to a hunter, this may not be a factor.

Competition shooters have long known that you score better if your brains are not beaten out in the process, and the same holds true for hunters, except they’ve been a lot slower to realize it. The acceptance of the 6.5 Creedmoor as a game round may be a sign that’s happening.