Okay, I don’t really have much to say about this one, but it’s a cute picture and I had to... 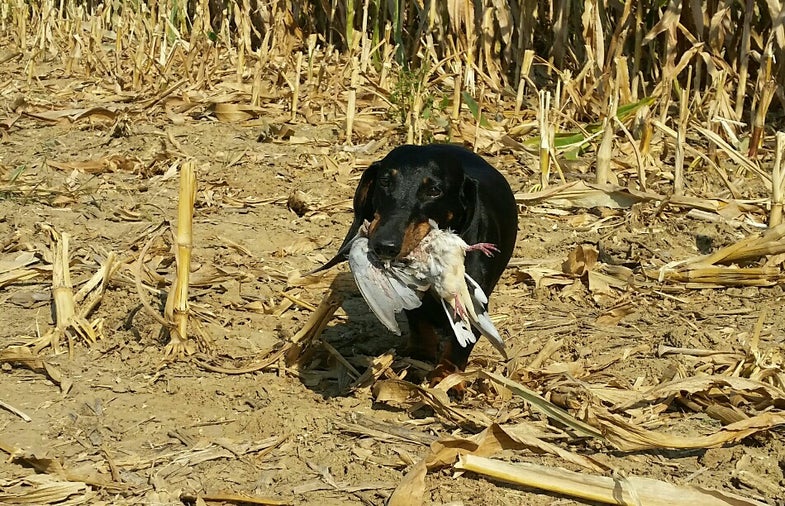 Okay, I don’t really have much to say about this one, but it’s a cute picture and I had to share.

This is my cousin’s dachshund, Grätsche, retrieving a dove I shot. Grätsche, whose bloodlines are as German as her name, is a tracking dog. Dachshunds, of course, were bred with those comically short legs so they could fit into holes and burrows and root out badgers, a job which requires a lot of ferocity and determination in a small package. Dachshunds were also used to track wounded game and even run wild boars. So, picking up dead doves is pretty tame duty by comparison.

It is nice, in these days of increasingly small, useless dogs that people carry everywhere, to see a small dog out in the field earning its dog food.