The Last Pheasant Hunt on a Favorite Farm

I do believe the biggest threat to hunting isn’t anti-hunters or anti-gunners. It’s lack of access and habitat. Take away... 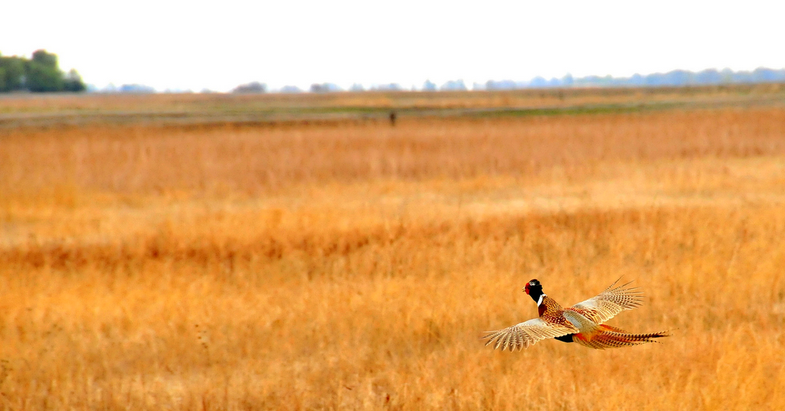 I do believe the biggest threat to hunting isn’t anti-hunters or anti-gunners. It’s lack of access and habitat. Take away places to hunt and you won’t have hunters.

One of the last hunts I made in 2014 is also the last hunt I’ll make on one of my favorite places. Yesterday I killed one final pheasant on my friend Steve’s farm. I knew the place was for sale, and after the hunt he told me it had sold to a real estate developer. As one of several siblings and the only one who lived on the farm, he was in the minority when they made the decision to sell.

I was lucky to have the farm to hunt on as long as I did. It was a five-minute drive from my house, bordered by town on two sides. There were always pheasants there, and a covey of quail I rarely shot, and it’s the place where I got hooked on goose hunting, too. It was a high spot, and the first farm outside of town, and on the right day you could see thousands of geese overhead. When you looked west or south, you could forget you were right next to a city of 100,000 people.

We only shot a couple of birds yesterday, but my dog pointed pheasants, quail and turkeys. We saw lots of deer and one coyote, too. The bulldozers are going to do a much more thorough job of killing the wildlife than the coyote ever could. I let the quail go out of habit when they came up in front of Jed’s nose, but I probably should have shot. They’ll likely all be dead soon enough.

I’ve lost hunting spots that have had all the habitat farmed out of them before, but this is the first I’ve lost to development. It’s going to hurt to see the houses go up, and see street signs that read “Pheasant Run” or “Covey Ridge” when the pheasants and quail are long gone.

Hunters are like any other wildlife: without our natural habitat, our populations fall. I was thinking about this the other day looking through a BassPro catalog and remembering how there used to be several pages of upland gear in outdoor catalogs. Now you see a page or two. The reason is simple. In many parts of the country there aren’t birds anymore, therefore there aren’t bird hunters hunting or buying gear. We haven’t lost those hunters because anti-hunters made it illegal for them to hunt birds, or because anti-gunners took away their shotguns. We lost them because they don’t have any birds to hunt.