This is Weatherby’s first new cartridge in 20 years, but it’s not a new cartridge. In my tattered, torn 1962... 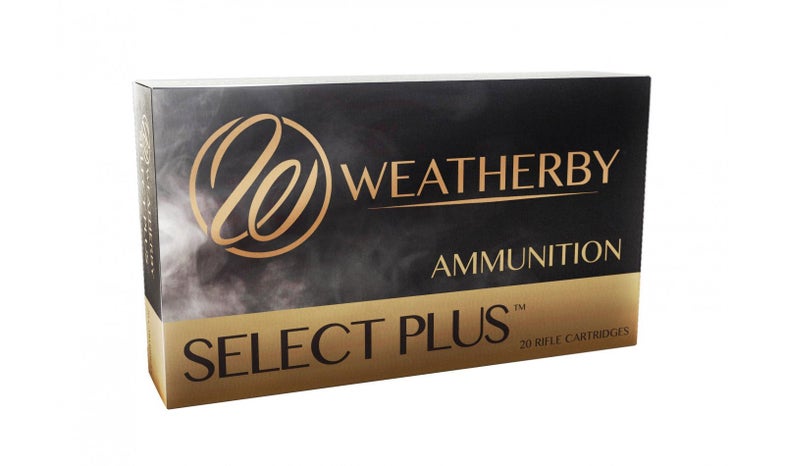 The 6.5-300 has a very high BC and very manageable recoil. Weatherby
SHARE

This is Weatherby’s first new cartridge in 20 years, but it’s not a new cartridge. In my tattered, torn 1962 edition of P.O. Ackley’s Handbook for Shooters and Reloaders there’s a listing for the 6.5/300 Weatherby-Wright Magnum, which is exactly the same—a .300 Weatherby necked down to 6.5mm with no other changes. “Wright” was Lt. Col Paul Wright of Silver City, New Mexico, who liked to compete at 1,000 yards, and was looking for something that would give him loads of velocity without also giving him a subdural hematoma.

The idea was perfectly sound, but Roy Weatherby never made the cartridge part of his lineup. He had the horrible example of the .264 Winchester, which the company brought out in 1958, and which promptly tanked. The .264 was a decent enough cartridge, but it had three strikes against it. First, Winchester designed it to sane parameters, and its ballistics were not awe-inspiring. Second, American shooters did not care for much of anything in 6.5mm, magnum or otherwise. Third, Jack O’Connor snorted, farted, and said that there was nothing the .264 would do that the .270 would not do a lot better. And that was that.

But the landscape has changed. American shooters have made the elderly wildcat 6.5/284 a commercial success, ditto Hornady’s 6.5 Creedmoor, and even showed renewed interest in the ancient but ever-wonderful 6.5×55 Swede.

Powders have changed drastically. We have, in the past ten years or so, seen the development of ultra-slow-burning powders that enable cartridge designers to get far more speed out of huge cases like the .300 Weatherby than was formerly possible. And finally, there is a whole generation of 6.5mm hunting bullets that are highly aerodynamic, extremely accurate, and very tough.

Add to that the success of the 26 Nosler, that company’s 6.5mm long-range beast, and the stage was set.

The theory behind the 6.5-300 is as follows. If you wish to shoot animals beyond 300 yards, which is the practical limit for normal cartridges, there are several ways you can do it. You can use a normal cartridge, buy a rangefinder and a scope with a range-compensating reticle or a target scope with very accurate adjustments, and work out your bullet drop figures and holdovers (come-ups, as the target shooters call them) for distance from 300 yards out to however far you like.

This is a lot of expense and work, and I think that, in the heat of battle, very few shooters are able to keep all the necessary figures in their head and make use of them. Also, taking out a big-game animal at long range is not the same as punching a hole in a paper target, and you may find a normal cartridge packs less steam than you’d like at 500 yards.

Or, you can get a big, powerful cartridge like a .300 or .30/378 Weatherby Magnum, or one of the Remington Ultra Magnums, or the Lazzeroni rounds, or the Dakotas. There’s no shortage. These all shoot very flat, which makes hitting at long range comparatively easy, and they pack more than enough wallop, but they’re pretty grim to shoot, and are the proper province of highly-calloused riflemen.

The 6.5-300 is the best of both worlds. On the one hand, its combination of very high BC bullets (500 or better for most of them) and extreme velocity (3,300 to 3,500 fps) eliminates holdover almost entirely right up to 400 yards. At the same time, in a 9-pound rifle, despite its awe-inspiring powder charge, the 6.5-300 generates only 21 foot-pounds of recoil, which is about the same as a 7mm Weatherby magnum, and readily manageable by anyone who has done a little shooting.

Weatherby claims 3,531 fps for the 127-grain Barnes LRX copper bullet, which is what I used for all my testing. I got 3,444, and with handloads that the rifle liked, 3,314. If you wish to stay awake nights worrying about this be my guest; I found that in real life the slugs are moving so fast that minor variations in velocity made no difference.

At 500 yards, the bullet drops 19 inches. So, what you do, assuming you have a good scope with accurate adjustments, is put on some come-ups. At 500 yards, a ¼-inch click is worth five times as much as at 100 yards, or 1¼ inches. So, figuring 20 inches worth of drop (I’ve found it helps to be generous.) you need 16 clicks. This is what I did and as God is my witness, the next shot went right in the X-ring.

If you back up to 600 yards, the bullet should drop 31 inches. At that distance, a ¼-inch click equals 1.5 inches, so you put on 21 clicks. (Weatherby publishes all the drop figures out to 1,000 yards on its website. If you would like to shoot critters at that distance, I wish you godspeed, and don’t forget to pack a lunch.)

Weatherby sent me an Accu-Mark rifle to shoot, and I’m pleased to report that it’s more than accurate enough to handle these kinds of ranges. Here are my group sizes:

My particular rifle, for whatever perverse reason, did not shoot 130-grain Scirocco II bullets very well, either factory ammo or handloads. It’s not the bullets; in my 6.5 Swede I can put three of them in a dime and get back a nickel change.

If you’re beguiled by the 6.5-300, there are a couple of cautions. Although the Accu-Mark barrel is hand-lapped and is very slick, it still copper fouls badly. You can’t suspend the laws of metallurgy, which state that when you put a colossal flame on a copper alloy, it’s going to melt. Don’t let the copper accumulate or you’ll wonder why your very accurate rifle suddenly won’t group.

And: I did my test shooting when the temperature was in the low 70s, on average, and found that after three shots, taken rapidly, I had to let the rifle cool down. It gets very hot very fast, and if I not had Mr. Stan Skinner’s bore cooler to pump ice water down the bore, it would have taken forever to bring the barrel back from where it was hot enough to brand cattle. Be advised, as they say.

Next: The Accu-Mark and the Meopta.