Welcome Back to “Life Below Zero”

Normally, I welcome the return of any TV show with the same combination of indifference and hostility that I reserve... 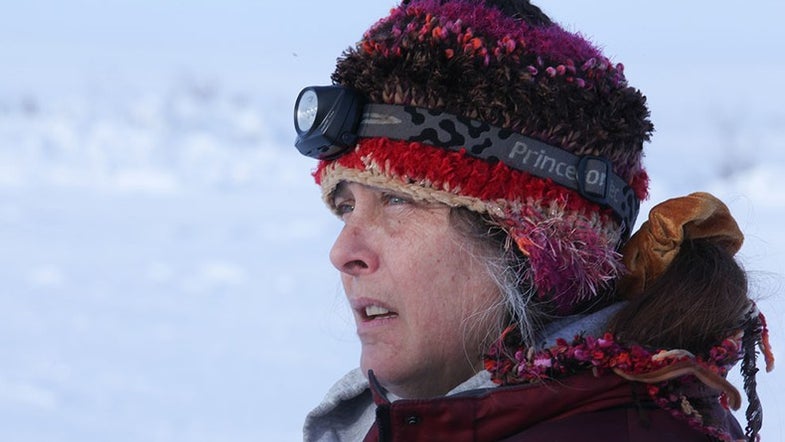 Normally, I welcome the return of any TV show with the same combination of indifference and hostility that I reserve for another Clinton candidacy. (We may want to start a couple of pools for this one: How many times will they trot out Chelsea and the kid, and how will they keep Bubba under some kind of control for a year and a half?) However, I have warm feelings for Life Below Zero, which has just started its third season on National Geographic Channel.

Either by design or luck, the producers of the show have found four very different people/couples who have taken very diverse routes to living year-round in true wilderness. Glenn Villeneuve is a young former Vermonter who lives closest to the bone. He has built a small cabin in Chandalar, 200 miles north of Fairbanks and, as he puts it, “A 60-mile walk from the nearest road.” He has a rifle, a shotgun, several axes, a ladder, and not a hell of a lot else.

Chip Hailstone is from Montana; his wife Agnes is a Native Alaskan. They live with seven children on the Kobuk River, and are hunter/gatherers/swappers, living near a little town as they do. Kate and Andy Bassich live on the Yukon River with a whole pack of fish-farting sled dogs, and came from Washington, D.C. They use a considerable amount of machinery, and Andy is a skilled carpenter. Sue Aikens lives alone in Kavik, which is not near anywhere, and tends a plane-refueling operation and hunting/fishing lodge. In addition to her outdoor skills, she has considerable technical knowhow which she needs to keep her cranky generators, pump, refrigerators, et al, functioning. She is the oldest of the bunch, the funniest and, at 50, the most aware of her mortality.

What hooked me on Life is that it’s not contrived. It’s not about a former SAS trooper who parachutes into the wild for two weeks and lives off seepages and wolverine leavings until he is picked up along with his camera crew. Nor is it like Naked and Afraid, which is so bizarre that my curiosity about who would put themselves in this sort of situation overcame any prurient interest I had.

No, the folks on Life were there before the cameras rolled, and they will be there after the crews depart. They are all unusually well adjusted, and highly competent, and if you’re interested in the outdoors, you can learn a good deal from watching them. Note carefully what they decide they need, and how they go about getting it. Just about everything they do is an education.

Ken Warner once pointed out that surviving in Alaska could depend as much on whether you were a good enough mechanic to keep a chainsaw running as how good you were at hunting and fishing. These folks are quite good at both, and watching them is an inspiration. They even philosophize. As Sue Aikens says, “If it hurts, don’t think about it.”

In the words of Bear Claw Chris Lapp, “I hope they will fare well.”