Why I Love Sharp-Tailed Grouse

Although I have only had a chance to hunt sharp tailed grouse a few times, in Canada and in South... 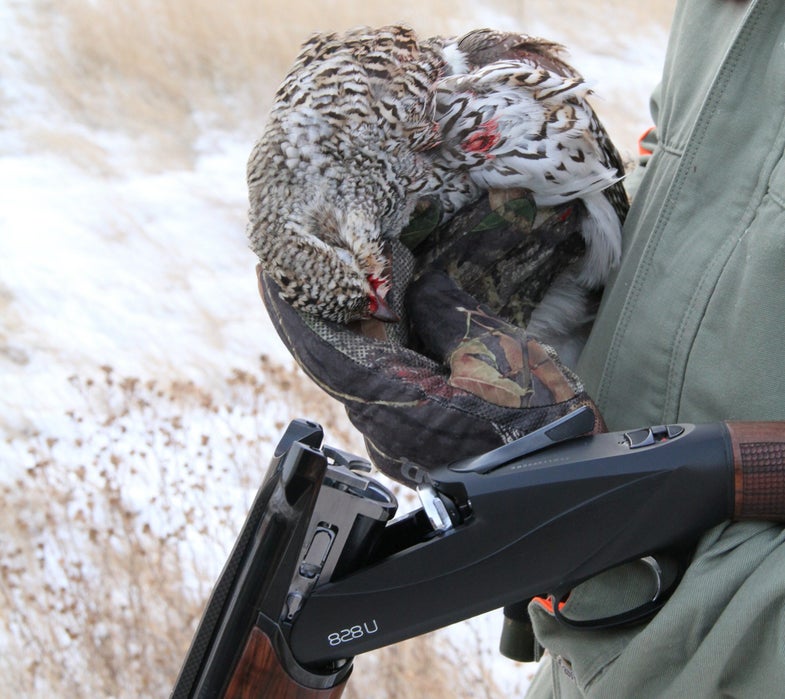 Although I have only had a chance to hunt sharp tailed grouse a few times, in Canada and in South Dakota, they might be one of my favorite gamebirds. A lot of that preference is based solely on flavor. The meat is very dark and red, like duck, but without a hint of the marsh-muck taste that afflicts some ducks. Cook it rare and sharptail is about as good as gamebirds get on the table. If deer loins had wings, they would taste about like sharp-tailed grouse.

Sharptails have other charms, beginning with the wings-out, tail-up breeding display that inspired Native American dances. They live in the wide-open spaces of shortgrass prairie in the upper Midwest, West and in western Canada. The land is not only beautiful in a stark, treeless kind of way, but, better yet, much of it is also open to the public.

They have some agreeable traits that make them fine gamebirds. They hold well for pointing dogs, at least they do early in the season. Several years ago I got to make a sharptail hunt on horseback in South Dakota in September. We followed English setters on Tennessee walkers. The dogs would range and when they pointed we would go rumbling over on our horses Bonanza-style, four abreast like the Cartwrights. Then we would dismount, pull guns from scabbards and walk in on the point. Often, although not always, the grouse would obediently wait for us to arrive and walk in before flushing.

Another point in the sharptail’s favor as a gamebird is that crippled sharptails, at least in my limited experience with crippled sharptails, are nowhere near as elusive or determined as, say, pheasants. They wander in a daze until you round them up. As someone who hates losing birds, I count that as a big plus.

Although I have mostly hunted sharptails with O/Us, they are a bird that rewards the semiauto shooter. It can be a long way across the prairie from one point to the next, but when you find one sharptail, often you have found a bunch. You don’t get a covey rise with a flock of sharptails but instead what one guide termed a “popcorn flush” which is exactly what it sounds like: birds popping up out of the short grass all around you in a staggered flush. And, I have seen a partner fill a three-bird limit on a popcorn flush when birds came up in a perfect sequence for him to get off three good shots.

That is the Benelli 828U I’m holding in the picture. At 6.6 pounds in 12 gauge it’s about the right heft for a gun you’re going to carry a long way across the prairie. And, while early season sharptails usually flush in range of 20 gauges, on late season hunts like my trip to South Dakota last fall, the extra oomph of a 12 comes in handy. That hunt was quite different than those I have been on before. It was very cold and windy, and birds didn’t hold at all on the prairie of the Indian reservation we hunted. Later in the day, we caught up with hundreds birds in vast standing sunflower fields. They didn’t hold there either, but a few let us get close enough, including the one in the picture, which was a rare enough treat for me that I saved it for my birthday dinner.