Back at the beginning of the year when I tested Winchester’s Long Beard XR turkey loads, I found that it... 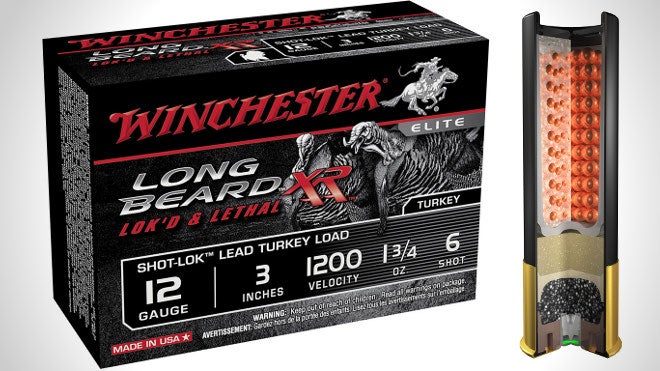 Back at the beginning of the year when I tested Winchester’s Long Beard XR turkey loads, I found that it outshot everything in my gun, including much more expensive HeviShot Hevi13 that I have relied on for years. That surprised me, because the extra density of Hevi13 helped it outpattern any lead load.

So, I figured that was only true in my gun.*

I figured wrong. Contestants using Long Beard XR just swept the 12 gauge events (it only comes in 12) at the National Wild Turkey Federation Still-Target Championships held earlier this month. In Still-Target, competitors shoot from a sitting, field position at targets 40 yards away. The goal is to put as many pellets as possible in a 3-inch circle, simulating the kill zone of a wild turkey.

Ever since HeviShot came along to dethrone the old Winchester High Velocity loads it has dominated
Still-Target. This year, not only did Long Beard sweep the 12 gauge events, a shooter using Long Beard set a new record, putting 54 pellets in a 3-inch circle. Given that I am happy when a turkey load puts 100 pellets in a 10-inch circle, that is impressive shooting.

Long Beard is a lead load, and, as I have written before, the pellets are encased in an epoxy-like substance that shatters upon firing, providing cushioning all around each pellet, like conventional buffer only, it would seem, better. The buffer keeps the pellets round, so they fly truer and pattern tighter.

It should be noted that Still-Target doesn’t measure pellet energy, and Hevi13 will still hit harder than lead pellets of the same size due to its increased density, but it won’t pattern tighter. Long Beard, despite being more expensive to load due to the added step of pouring epoxy into the hull, costs much less than any tungsten-iron pellet. It sells for about $20 per 10 rounds, while Hevi13 and Federal Heavyweight sell for more than that in 5-round boxes.

Before HeviShot, which is horribly misshapen stuff, we always assumed the rounder the pellet, the better it patterned. Then HeviShot came along to challenge that assumption, and we all decided that density was more important than roundness. Now, thanks to Long Beard, we’re back to believing in roundness again.

I also believe that shotshell engineers are pretty smart. And yet, last spring when a big Iowa gobbler stalled at about 45 yards I decided not to shoot despite having my scope reticle on his neck and a load of Long Beard 6s in the chamber. Looking back, I probably should have shot instead of letting him walk away, as I did.