No matter where you live, if you flyfish, there’s a good chance you’ve heard of Letort Spring Run in Pennsylvania.... 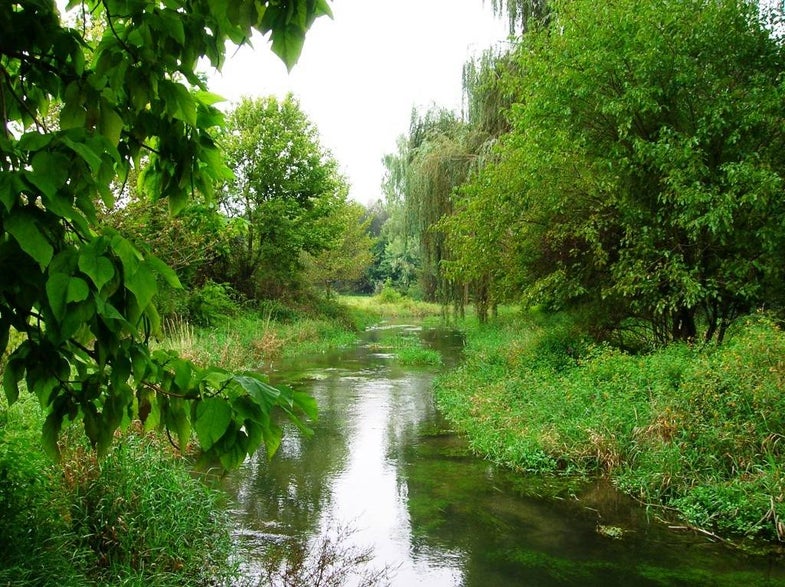 No matter where you live, if you flyfish, there’s a good chance you’ve heard of Letort Spring Run in Pennsylvania. If you haven’t, it is arguably one of the most—if not the most—famous limestoners in the world. It’s steeped in history and angling tradition, largely credited as the birthplace of American-style dry fly fishing. A Pantheon of fly pioneers that frequented this stream, such as Ernest Schweibert, Charlie Fox, and Ed Shenk (creator of the Letort Hopper), helped its legend flourish. The fact that the Letort holds big wild brown trout didn’t hurt its reputation either. With all of those accolades taken into consideration, you can imagine how exciting it must be for an angler to cast on such hallowed waters. Every time I get the opportunity, I have goose bumps the whole drive out, fixated on the photo of me holding a golden Letort beauty I’m sure will be on my camera by the end of the day. Then inevitably, after 10 to 20 minutes on the water, my goose bumps fade and I remember just how much I loathe fishing Letort Spring Run. I got that reminder again last weekend.

I don’t have years of experience fishing the Letort. I’m not local. But from the few times I’ve visited, I can say with certainty that you will only ever encounter three conditions there: hard, harder, and impossible. The stream itself, when viewed from the safety of a bridge, is classically beautiful in an Ava Gardner sort of way. It’s narrow and gentle, quietly winding through lush, tall grasses. Mats of vibrant green weeds sway hypnotically in the water, calling for you to chase the browns they’re hiding like a Siren. Then you heed that call, step off that bridge and, like the sailors of Greek mythology, meet your doom.

The Letort might not be wide, but it’s deep. There is no bank to speak of in most places, rather soggy, squishy matter that may or may not hold you. One minute you have good footing, the next you are sunk to your hind quarters, wallowing like a wildebeest in quick sand. Rope in that you can spook a Letort trout by sneezing three blocks away, and you begin to understand why a little slip, misstep, or botched cast is a big deal. If trout are rising, you’ve you got a shot. I’ve yet to visit during a solid hatch, forcing me to fish streamers (which tend to scare more fish than catch them) or nymphs (which is mostly an exercise in getting flies out of weeds). Last weekend, on top of the Letort’s usual obstacles, it was also abnormally low. File those conditions in the “impossible” category. To date I have not caught a trout from this river, but I did get a few to flash at streamers last winter when the water was high and stained. That time of year, you need not worry about sinking in muck as much as mistaking frozen snow-covered weeds for solid ground at the water’s edge, the former of which, I found out, will not support a human.

I don’t claim to be the world’s greatest flyfisherman, but I know my way around. What I’m really trying to say is that the more I fish the Letort, the more respect I have for anglers that routinely subject themselves to its perils. And if you catch fish here with any kind of frequency, you are my flycasting hero. No doubt, Letort trout have to be earned, and I’m not entirely sure I’m worthy (or patient) enough for that honor.

I’ve not met many flyfishermen that don’t have a body of water they consider their bane. What’s yours?