I got my very first fly outfit for Christmas when I was ten years old, and the reel screwed down... 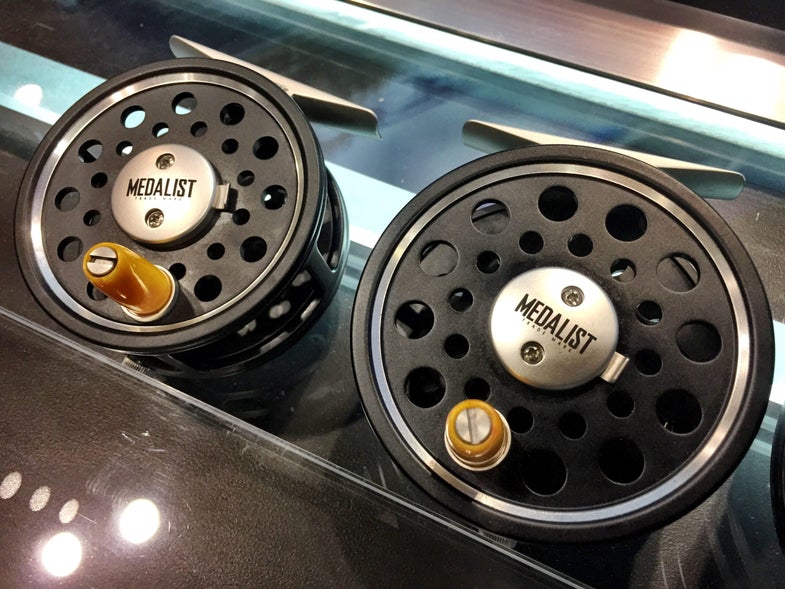 I got my very first fly outfit for Christmas when I was ten years old, and the reel screwed down on the handle of that yellow Eagle Claw rod was a Pflueger Medalist. I’m certain I’m not the only one who called that reel his or her first. Despite the fact that I genuinely like click-and-pawl reels, I haven’t fished that Medalist in decades. There’s absolutely nothing wrong with it, it’s just that I (like many fly anglers) graduated to better reels, and sort of roped the Medalist into the beginner category. In truth, anyone who knows anything about these reels knows that early models were tough as nails. Then, in the 70s and beyond, more and more plastic components crept into the Medalist, which sort of took them out of play for the guy like me that worried about his gear standing up to a big fish, or just taking repeated beatings on the river. But before the plastic, Medalist were the reels of choice for legendary anglers that pioneered everything from tarpon fishing to pike fishing on the fly. Well, seeing that I am a vintage tackle buff, I am pretty excited about the new Medalists being shown for the first time here at ICAST, because it seems the company took that history into account for the reissue. 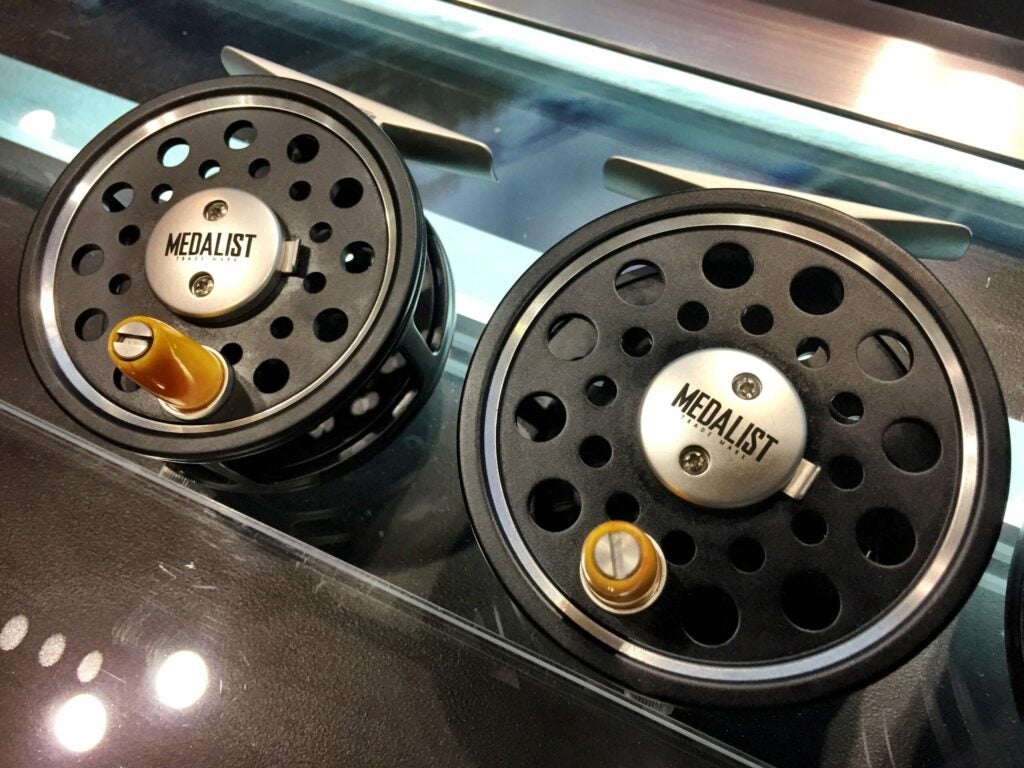 Old-school Medalist were made of cast aluminum. Strong, but not nearly as strong as the new barstock aluminum models. Perhaps most appealing to the click-and-pawl fanatic is that the guts are all metal, and modeled after Hardy internals. In fact, the only plastic on the reel is the vintage yellow handle. As for other modern upgrades like new-age drag control or brakes, you won’t find them. Pflueger knew what they had was good and trusted, and changed nothing but the quality. The new Medalists will be available in 3/4-, 5/6-, and 7/8-weight, and will retail for between $120 and $140. More than the last Medalist you bought? Yes. More than some other high-end click-and-pawls on the market? Not even close.

You can expect these reels to be for sale online and in shops by mid November. Personally, I wouldn’t be afraid to pit one of the new Medalist against a salmon or big striper just like they did in the old days.