According to this story on Digitaljournal.com, the pike in the photos below was caught just a few weeks ago in... 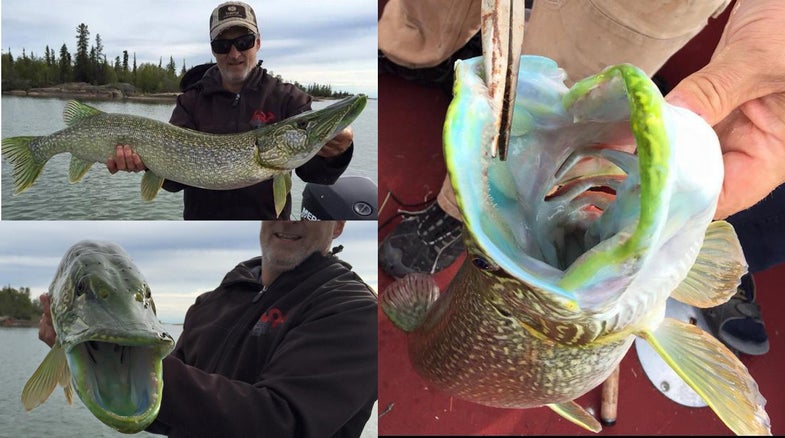 According to this story on Digitaljournal.com, the pike in the photos below was caught just a few weeks ago in Great Slave Lake near Yellowknife by angler Randy Straker. And as you can see, that sucker’s glowing neon green from head to tail. Apparently, in all the year’s Straker has been fishing the lake, he’s never seen anything like it, and naturally, if you catch a fish that looks like something touched by the hand of the Toxic Avenger, you begin to worry. In early accounts of this story, an explanation for the glowing “jackfish” had not yet been found. The Digitaljournal.com piece, however, came out a week after the catch, and features some interesting input from Jeff Goudreau, a fishing guide and wildlife technician that works with local fish and wildlife authorities. Goudreau claims that the fish’s coloration is perfectly natural, and that pike have the ability to tweak their coloration based on the enviroment. He says this fish was likley hunting around a reef with lots of bright-green algae. Many fish can adapt their coloration to the enviroment, at least to some degree, but a pike turning itself into a highlighter? News to me, and quite fascinating. 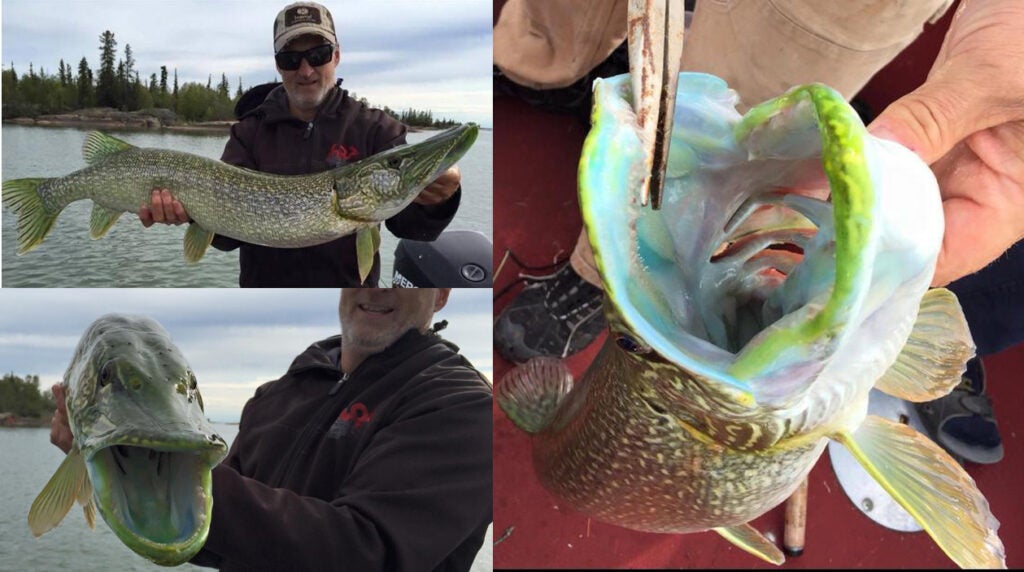 From the article:
“I’ve probably caught three or four of those in my life,” he _[Goudreau] _said. “And I know a lot of other guides in Canada in other lakes that have caught similar ones.” Goudreau attributes the strange coloration to something called “chromatophores.”

“Most people understand chromatophores from seeing cephalopods in the ocean, like squid or whatnot,” explained Goudreau. “They change color when they’re scared, or they’re getting ready to attack something. Pike do the same kind of thing, but on a lower level.”

Goudreau goes to explain that pike hunt near the surface of the lake, where the water is a lighter blue and the sun is brighter. Being predatory, the pike also spend their time near and around reeds, which are often full of green algae growth. “They try to blend themselves into that environment to be better hunters,” he said. “So you’ll see those aquamarine colors, where the throats are very blue and dark green and stuff. That’s pretty much what’s happened, with that one.”