Why 4-Pound Bass Can Be The Most Important You Catch

Have you ever heard the saying, “You’re doing something right if you catch a four pounder?” Whether you have or... 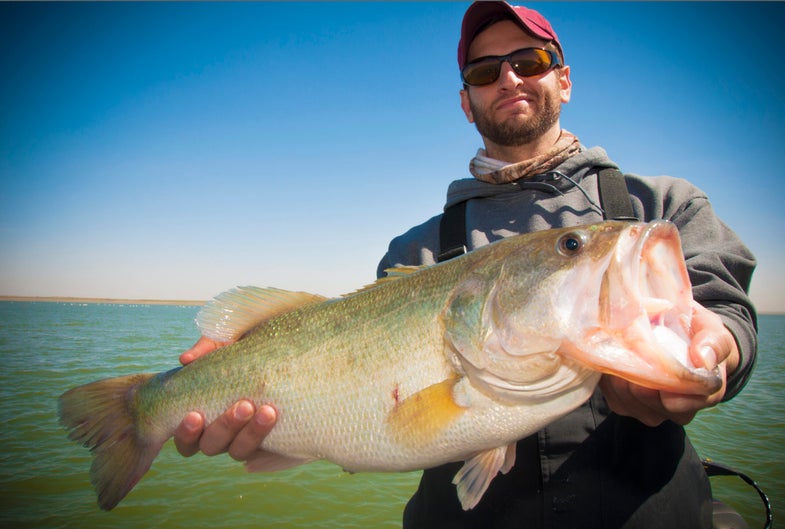 Have you ever heard the saying, “You’re doing something right if you catch a four pounder?” Whether you have or have not, it makes a lot of sense. I’ve been hearing it for years, and use that saying to weigh the potential of a given bass fishery. Many other anglers do the same, because four pounds is the mark that most believe distinguishes “grade school” bass from the adults. That’s important because adults won’t often deviate from a pattern that is suitable not only for their needs, but for the needs of others just like them. In other words, if you find one four pounder, there’s a good chance whatever you’re throwing, and the location your fishing, will produce more bass that size or bigger. What’s also important about the four-pound mark is that once a bass hits it, its weight growth rate skyrockets compared to its length growth rate.

I’ve done lots of research into bass growth rates, and there’s no shortage of information from reputable sources online. What it will tell is that while catching 14”-16” keepers is fun and all, their weight stays similar in that length range, making it hard for tourney anglers to make a difference at the scales, and hard for recreational guys to bag a true trophy. Once bass hit the 19”-20” ranges, weight goes up significantly, and it all starts when the fish hit four pounds. In some fisheries like Southern California, bass can actually creep up on a pound per inch once they break 21 inches. Of course, it all depends on food source, and once bass reach massive proportions, their average meal size can weigh a quarter-pound.

So pay attention to on where you caught the first four during an outing, how you caught it, and what bait it gobbled. Then if you catch a second one in a similar fashion off of a spot or correlating pattern, take extra special notes because you really know you’re dialed into the right caliber of bass. The third fish you catch might end up being your 10 pounder.