I know we’d all prefer to snack on homemade venison jerky, but sometimes—generally about this time of year—the larder gets... 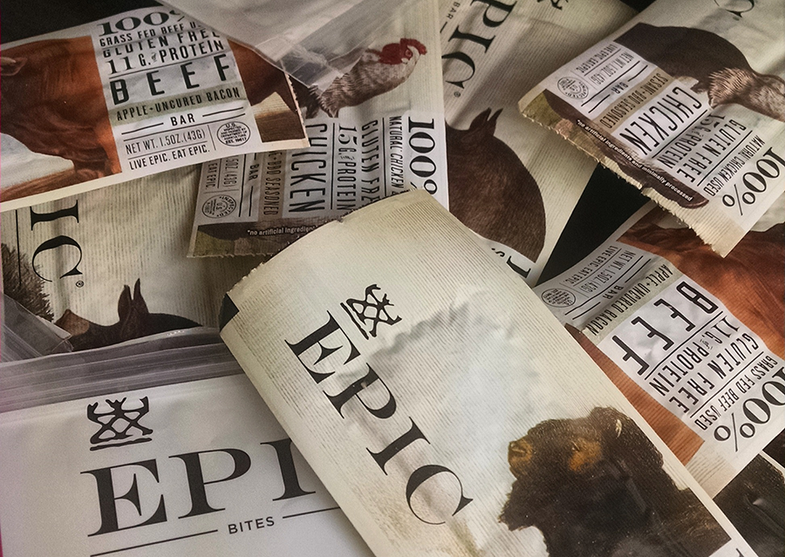 I know we’d all prefer to snack on homemade venison jerky, but sometimes—generally about this time of year—the larder gets a little thin. Or, if you’re like me, you make big batches of jerky during the winter, stash them in your freezer, then forget to grab a pack as you head out the door. That’s when I find myself staring at the jerky aisle in whatever truck stop sits between me and my destination.

It’s incredible how much the jerky selection has increased in recent years. I guess all Americans are catching on to what hunters have known since the first time we hung a strip of meat from a tree and let it dry in the sun: Jerky not only tastes good, it’s about as healthy a snack as there is. Among the Jack Links and Slim Jims, I’ve come across another, unique brand of meat snacks from a company called Epic.

Epic Bars and Bites were started by a couple of vegans. Now, don’t stop reading. Converted vegans are our friends, as they’ve discovered a plant-based diet isn’t healthy and these two in particular realized they needed meat-based protein to excel in the adventure sports they enjoyed. Thus Epic was born. You can check out their philosophy and science here, but to summarize, Epic is all about offering healthy, meaty snacks that are good for humans and good for the environment. Grass-fed beef and bison. Humanely raised. Hormone and antibiotic free. Gluten and dairy free. About the only thing they aren’t free of is taste. Unlike plain beef jerky, these snacks make your tongue jump.

Of the Epic Bites I’ve sampled, I really like the Currant & Sesame BBQ Chicken Meat, although the Cranberry & Sriracha Beef Steak has a nice sweet-and-spicy kick that had me reaching for more as I wrote this post. The Uncured Bacon, however, tastes closer to catfish bait than something I’d want to eat on the trail. When it comes to their bars, there are several great flavors, including Apple Cured Beef and Cranberry Bison. I haven’t tried the Pineapple Pulled Pork bar, but it sounds like a swine I would dig on.

The whole Epic experience really reminds me more of pemmican than jerky. The meat is ground, mixed with berries and spices, then formed into ¼-inch thick bars, just the way I would make my pemmican. The bites are thinner and more akin to the jerky shot out of jerky gun. Epic also sells a Hunter & Gatherer Pack—their take on a trail mix with a handful of bites packaged alongside berries, nuts and seeds.

Of course, you’re going to pay the good-for-you premium that comes with health- and environmentally conscious food. Prices are a little more than what you’d expect to pay for gas-station jerky, with a box of 12 1 ½-ounce bars going for $30, or $2.50 per bar. The Bites run $50 for eight 2 ½-ounce packages or $6.25 a bag. If you’re interested in a meaty snack for your pack that’s not full of soy or other fillers, consider giving them a try.