In Australia, the Esky brand is synonymous with outdoor ice boxes, so much so that say the word to any... 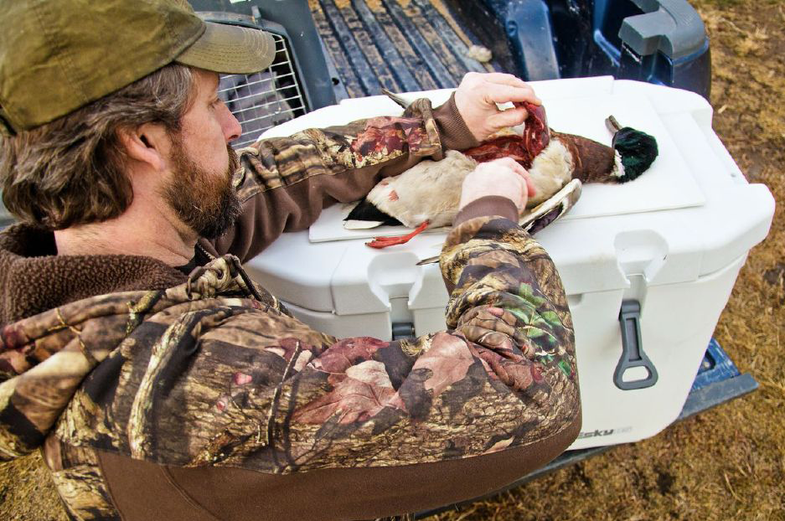 In Australia, the Esky brand is synonymous with outdoor ice boxes, so much so that say the word to any Australian and he or she will instantly know you’re talking about a cooler. Now, a brand synonymous with the American outdoors, Coleman, has introduced the brand to the U.S. market with a line of super coolers for outdoorsmen.

Though the name might be Australian, Coleman’s Esky Series Coolers are made in the U.S.A. with scratch- and UV-resistant shells featuring 2 inches of insulation in the walls and 2 ½ inches in the lid and floor, where most cold-air loss occurs. Outdoorsmen-friendly features include an anti-microbial treated liner that resists mildew and an integrated, removable cutting board to provide a sure, slip-resistant surface for filleting fish or cleaning game.

I’ve long pondered the question whether so-called “super coolers” are worth their price, and the best answer I can come up with is “maybe.” There is a class of sportsmen—coastal anglers and base-camp big-game hunters—for whom a cooler that stands up to harsh conditions and keeps ice for extended periods is useful, if not essential.

The Esky 85-quart cooler, which is the model I’ve been using this summer, retails for around $400, while the Yeti cooler in that same price range—the Tundra 65—nets just 65 quarts of space. Size-wise the two coolers are similar, with the Esky measuring a few inches longer and about 5 inches taller. The Tundra 65 is about 13 pounds lighter as well, an important point to consider once you start filling the coolers with fish, game, or beer.

I have not done any scientific testing or side-by-side comparisons when it comes to ice retention, but I can say I have been impressed with the Esky’s ability to keep its contents cold while bouncing around the back of a field truck for two weeks while I harvested wheat this past month. Using just a few bags of ice over the course of those two weeks, along with a couple of Arctic Ice Tundra Series cooler inserts that I switched out roughly every other day, I always had ice-cold bottles of water close at hand during the day and a frosty can or two of beer when we shut down for the night.

Other than the weight, my biggest complaint with the Esky is its latches. I don’t doubt the rubberized, stretch-tight straps that lock the lid in place will last for quite some time, but the designers obviously never tried to open them when the cooler was on the tailgate. If the cooler is sitting torso high, it’s difficult to get enough upward pull to release the straps from their recessed locks in the lid. A small complaint, but an annoying one.

Last hunting season, I kept a 150-quart Alaskan Guide cooler from Cabela’s in my truck, hoping to fill it with a quartered elk. Unfortunately, I didn’t get to test it out. I can definitely see the value of having a super cooler for just that purpose—especially for early-season hunters who have to travel long distances from their hunting spots and need to get their animals on ice quickly. This fall I’m planning to pick up a smaller extreme-duty cooler from Canyon Coolers to give that brand a test. So, yes, though I was once one of those mocking the need for a high-dollar cooler, now I guess you can count me among the converted.