Finding the best vacuum sealer is the home-processing hunter’s Holy Grail, and like that quest, the search for the best... 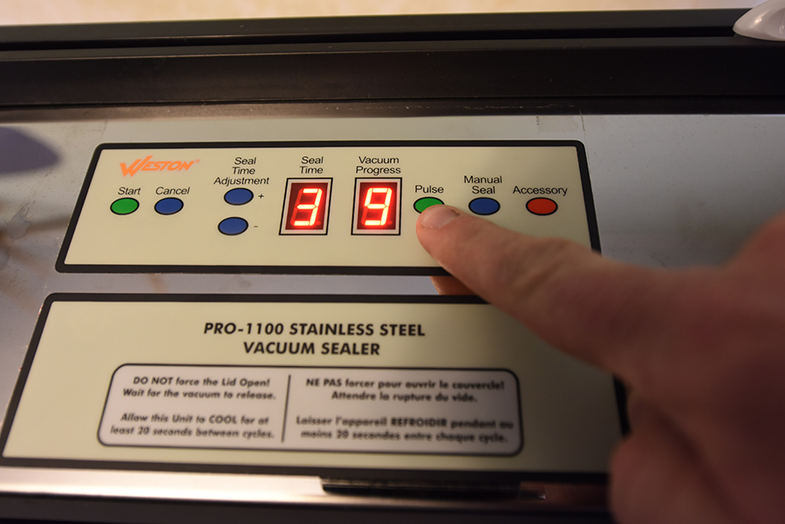 Finding the best vacuum sealer is the home-processing hunter’s Holy Grail, and like that quest, the search for the best sealer is filled with tales of frustration and woe. I’ve tried almost about every brand out there and had good luck, and bad, with each. One brand that I was familiar with, but hadn’t had a chance to test until now, was Weston.

The Gamesaver Silver I had been using failed prematurely, although not in the way usually associated with sealers, which is either the seal bar or the vacuum. Instead, the buttons went bad on my unit, requiring me to rip off the rubber seals to get to the plastic tabs underneath that turn the vacuum and sealer bar on and off. Sure the thing still worked, but it soured me (again) on Foodsavers. Like kismet, Weston reached out to me at the same time with the offer to test their Pro 1100 Vacuum Sealer, which I readily accepted since I was still deep into duck season.

Let me say first, I’m still in the crush phrase of this relationship and because I got my test model after big-game season I haven’t had a chance to put it to what I consider a real test—that is, packaging an entire processed big-game animal. So far, the Weston Pro 1100 has just packaged a bunch of pheasants and waterfowl, including a fair-sized batch of hot and spicy goose sticks. That said, I do think I’m in love with it—albeit with some reservations.

After sealing about 20 bags of goose sticks, the seal bar was getting hot enough to nearly burn through the Cabela’s-branded vacuum seal bags I was using. Now, Weston advises letting the seal bar cool for 20 seconds between uses, but I—and I’m guessing most users—aren’t going to do this when sealing meat in bulk, such as many packages of ground meat, jerky, or snack sticks. Should you? Yes, and if you don’t, most sealers will get so hot they melt through the bags. It’s up to the user to find that fine line between how fast they can get the job done versus how long the bar will last before melting bags or, worse, ruining the heat tape.

I was impressed when I opened the box that the Weston Pro 1100 also includes replacement heat tape and foam chamber seals, which are typically the first things to go bad on a vacuum sealer.

There are two cool features on the Weston Pro 1100: One is the handy bulk roll holder built into the back of the unit, along with a companion flip-up cutter. This makes really quick work of making custom-sized bags from big rolls of bag material. Cutting and sealing your own bags saves quite a bit of money when compared to buying pre-made bags, and you can build bags in just the right size for your cut of meat or fish. But the best feature, and one I found myself using a lot, was the pulse button. While the Pro 1100 does have user-adjustable levels of suction, the pulse button eliminates the need to fiddle with all that. Instead, the pulse button actuates the vacuum with just a press and stops it when you let off. This creates true custom levels of vacuum, which is great when sealing delicate foods such as bread or crackers, or, in my case, sausage patties and fresh-cased sausage that can get flattened under heavy suction. It’s also a great way to seal moist foods as you can instantly stop the suction just a moment before the moisture runs through the area of the bag where the heat bar seals it.

The sealer does have its quirks, namely a sealing lid that locks down in each corner. Not a big deal, but with certain jobs, such as making bags, it requires a quick double-pump of the lid corners to get them to unlock. If you read the instructions beforehand, you’ll get it. I didn’t and thought I broke the unit the very first time I used it.

The Weston Pro 1100 is commercial grade, with a strong stainless shell, but it’s not overly heavy like my old CG-15. Time will tell, but I get the feeling it’s going to last quite a while. Retail price is about $300 from Weston Supply, though you may be able to save some money with a simple Google search.