Sure, the wingshooting in Argentina is like nothing you’ll ever experience in the States, but for me, that’s just a... 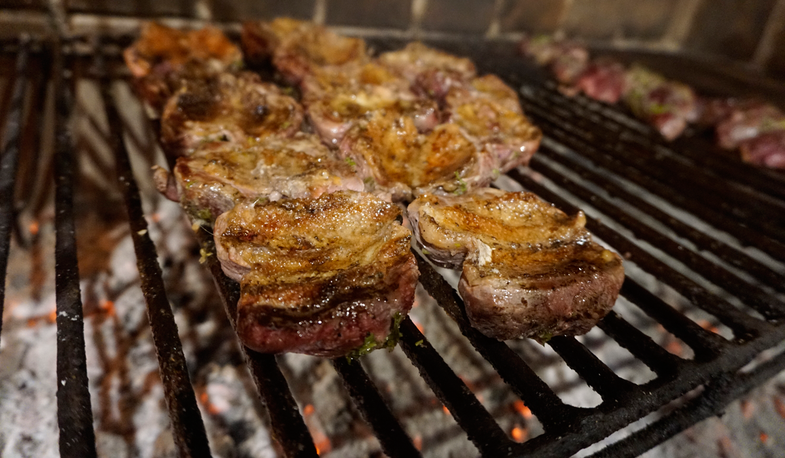 Sure, the wingshooting in Argentina is like nothing you’ll ever experience in the States, but for me, that’s just a small part of the adventure. The culture, the food, the wine, the very pace of living symbolizes that pura vida, or pure life, so many of us are chasing. Los Laureles is the epitome of that philosophy, and a big part of that comes thanks to lodge manager Aldo Machín.

In my four days at Los Laureles, I never saw Aldo without a smile, and he greeted every hunter each day as if we were all long-time amigos. You could tell that his friendship was genuine, and not just for the sake of the client. On our second night there, Machín took over cooking duties, firing up the parrilla for his specialty—grilled teal breasts from birds we’d killed during our hunt there. We shot mostly Brazilian teal, but also managed to knock down a few speckled and silver teal (my favorite), and a lone ringed teal.

The preparation is a simple marinade based on Argentina’s ever-present chimichurri, but the magic is in the grilling itself. Aldo cooked over medium-hot coals scraped from a nearby pile of burning mesquite. Whereas most Americans would grill duck quickly over a too-hot fire, these were roasted much slower, but still not overcooked. Aldo agreed that any duck cooked past medium-rare is waste. On that, I think the whole world can agree.

Directions:
1. In a medium bowl, stir together garlic, parsley, white vinegar, salt, and black pepper. Whisk marinade with a fork and drizzle in olive oil until well combined. Pour the marinade over the teal breasts in a glass bowl or a plastic, zip-top bag. Marinate 30 minutes to one hour.

2. Start a mesquite fire. As the wood burns down to coals, rake them to one side of the grill in an even layer. You should be able to hold your hand 5–6 inches over the coals for a count of five.

3. Place the teal breasts skin side down over the coals and roast slowly, until the skin starts to turn crisp. Flip and finish cooking the breasts until they are medium-rare with an internal temperature around 130-135˚. Remove from the heat and let rest 5–10 minutes. Serve with chimichurri or salsa criolla.