The Case for Removing Rib Meat

Last week, I was lucky enough to put a well-placed arrow into an elk while hunting with Opal Butte Outfitters... 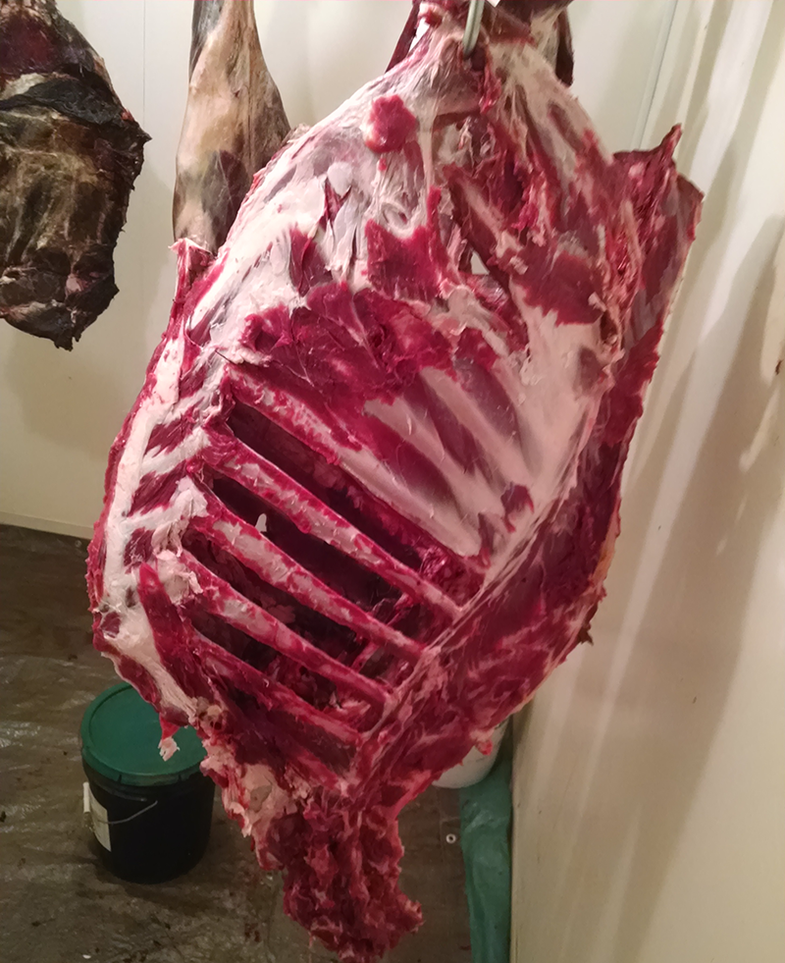 Last week, I was lucky enough to put a well-placed arrow into an elk while hunting with Opal Butte Outfitters near Heppner, Oregon. After letting the bull hang for a few days in their walk-in cooler, I spent all day Saturday cutting and wrapping meat for today’s flight home. As you can see, I spent some extra time removing the meat from between the ribs and cutting off as much flank meat as I could. After this photo was taken, I worked on the carcass for at least another hour before moving on to the quarters.

It’s surprising to me how few hunters do this. Admittedly, there’s not a lot of reward for the extra work, but there’s enough. On an elk, the extra rib and flank meat makes up several pounds of trimmings for the grind pile. Same goes for the neck meat.

Had I been home and not had to worry about how to get all this meat on a plane, I would have cut the neck roast out with a saw and braised it with the bone in. Same goes for the ribs, which can be sawed into slabs and smoked whole. That’s a lot less hassle than trimming between bones and shaving off thin layers of meat from the flanks.

Either way you choose, I’d encourage hunters to spend that extra time picking the carcass clean. Not only does it honor the animal, it also gives you all the more delicious, healthy meat to put on the table.