Photo by Bill Lindner If nothing fires you up like a bug-eyed, plate-size freak of a panfish, then you need... 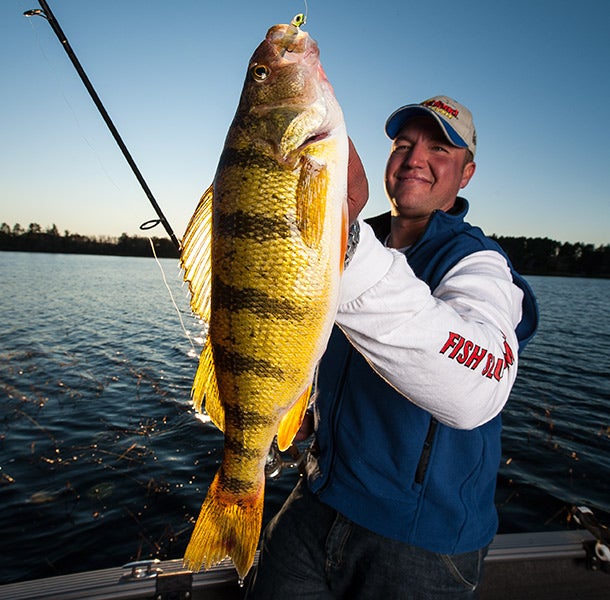 If nothing fires you up like a bug-eyed, plate-size freak of a panfish, then you need to be on the water now–and try these prespawn trophy-slab tactics.

As fishing goes, it doesn’t get much easier than filling a bucket with summertime sunnies. But to stack up honest-to-goodness slab panfish–titty bream, elephant perch, and the like–now is the time.

Warm spring days bring your favorite fishing holes to life with tiny baitfish, insects, crustaceans–and the big panfish that love to eat them. Crappies, bluegills, and yellow perch gorge themselves just ahead of the spawn, and like a prison chow line, the big ones eat first.

We found three local-legend panfish fanatics who own the prespawn. These are the guys the church calls each spring for the big fish fry. They can smell a bream bed from 50 yards and feel a crappie bite in their sleep. And they can show you how to catch more slabs right now.

Go deep, go native
In 50 years of perch fishing, Lloyd French has heard all the tricks. “Some people chum with minnows or dog food,” he says. “Others run the motor over a school that stops biting to fire them back up. One time I even saw a guide fill a clear plastic jug with water and minnows and sink it as a decoy. None of it really works all that well.”

French, who mainly fishes Lake Erie, does have some of his own tricks. The first is basic but critical: “If you want to catch big perch, you have to get away from the crowd,” he says. “I run 17 miles to get to where there’s less pressure. But once I’m there, my average fish will be 11 or 12 inches during the prespawn, including some solid 2-pounders.”

The best unpressured spots will produce year after year, and they all have one thing in common: the right depth. “The biggest perch hold near the bottom at 37 to 40 feet, which is deeper than most guys fish now,” he says. “Look for pencil-shaped marks on the graph. If you see a few of them just off the bottom, there are probably plenty more holding around.”

Although many perch fishermen use a prerigged wire perch spreader, which positions two minnows horizontally, French prefers a vertical rig that has a slip sinker between two hooks. He believes this lighter, sliding rig makes it easier to detect subtle takes. “Once they turn on, the bite is fast. You don’t want to miss anything. Usually you can hook one, give it a few seconds, and get another on the second hook,” he says. “The key is to keep your rig on the bottom, though. Often, white bass will hold above a school of perch. If you’re catching them, you’ve got your baits up too high.”

Regardless of the rig, French insists on using lively, native baitfish. “Here, Lake Erie shiners will outcatch golden shiners five to one. But it may be something different on the lake you’re fishing.”

Eventually, even the hottest bite will slow down. “If the fish have quit biting and we still need a few more to make a limit, I take a couple of fresh-caught perch from the live well, hook them back up, and drop them down next to my buddy’s line,” French says (check local regs). “I lift and drop them, and that will often get the school fired up enough to put a few more slab perch in the boat.”