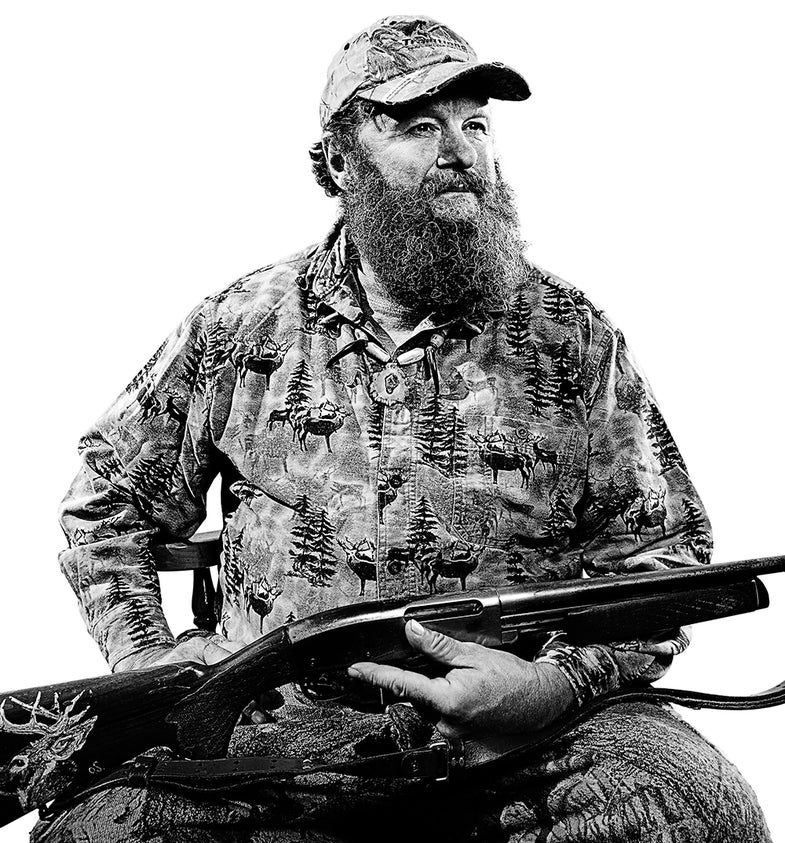 Sadly, the Benoits have lost another member of their celebrated deer-hunting family. Early Monday morning, Lane Benoit, 60, died unexpectedly from a heart attack in his Vermont home, almost 16 months to the day after the passing of his father, the legendary tracker Larry Benoit.

Lane was the fourth of Larry and Iris Benoit’s nine children, and the youngest of the well-known Benoit Brothers hunting trio. With older siblings Lanny and Shane, who survive him, Lane took up his father’s mantle, and together the men have been the subjects of countless books, videos, and magazine articles on tracking big, northwoods bucks.

Recently he had branched out on his own, releasing a DVD last fall called “Master Tracker—Lane Benoit,” which includes a tribute to his beloved “Pop.” He had also been in discussions to star in a reality-television show with a working title of “North American Tracker.”

A barrel-chested, self-employed drywall installer with a scruffy beard that framed a quick smile, Lane did not look like a hunting celebrity or, to his credit, act like one. But those who had the opportunity to hunt with him say he was every bit as determined and skilled a tracker as his famous father.

“He knew when he was on a good track that he was going to find the deer that made it,” said Paul Dupuis, a disabled U.S. Army veteran who was Lane’s friend, tracking partner, and videographer. “He wasn’t arrogant about it. He just took it for granted because he had done it so many times before.”

Friends also say he was a jovial, easy-going man who was always upbeat, especially when it came to hunting. I saw that firsthand in 2003, when I met him in late November to video a show on tracking for Vermont Public Television. The episode had been planned months in advance, and it was an unseasonably warm, dry fall. The only snow in New England was a dusting on the highest peaks and ridges of northern New Hampshire’s towering Presidential Range.

Merely finding a deer track in such high-elevation habitat, much less tracking down a big buck, was a long shot. But Lane was happy to give it a try, and the next day he led a videographer within 30 yards of a bedded, branch-antlered buck. (You can see the video here.)

Lane’s last buck, which he shot on November 29, 2014 in Wisconsin, was taken only a few hundred yards from where his father killed his last deer in 2012.

According to his wishes, Lane was cremated and his ashes will be spread on some remote ridge tops in the northern Green Mountains of Vermont. It’s where he felt most at home and where he honed a craft that few hunters will ever master half as well.