For some reason, the go-to recipe for wild-game always starts with “Soak (insert game meat here) in Italian dressing for... 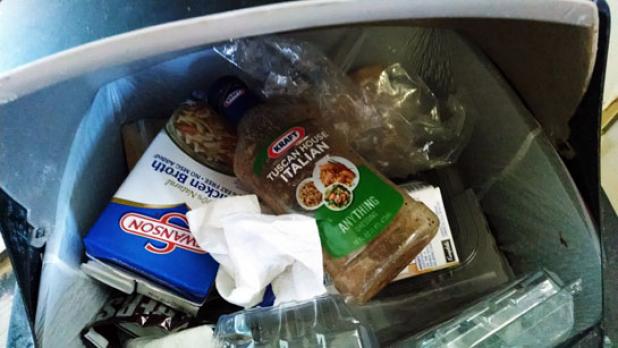 For some reason, the go-to recipe for wild-game always starts with “Soak (insert game meat here) in Italian dressing for three days.” Seriously, how many times have you heard a hunter say this? This statement turned me off marinades for a long time and I have often mentioned on this blog I don’t use marinades. My stance on marinades has softened as I’ve come to value them for their ability to enhance the taste of wild game.

One argument for using marinades is that they help tenderize tough meat. But this is probably the biggest misconception about using marinades, at least if you believe in science. According to a study done by Fine Cooking magazine, acidic marinades may, in fact, make meat tougher:

“When proteins are exposed to an acidic marinade, the bonds break and the proteins unwind. Almost immediately, one unwound protein runs into another unwound protein and they bond together into a loose mesh. This is the same thing that happens when proteins are exposed to heat. At first, water molecules are attached to and trapped within this protein mesh, so the tissue remains juicy and tender. But after a short time, if the protein is in a very acidic marinade, the protein bonds tighten, water is squeezed out, and the tissue becomes tough.”

This and similar studies have also found that the acids used in marinades penetrate meat at the rate of one to two millimeters per day. So even a three-day marinade isn’t going to penetrate much past the surface of the meat. Now, there are marinades that call for enzymes (such as those found in pineapple, papaya and yogurt) rather than acids, and enzymes actually do tenderize meat by breaking down the muscle fibers and the collagen that holds muscles together. However, you have to be very careful when marinating with enzymes as they can make meat mushy rather than just tender.

If a marinade doesn’t tenderize meat, why use it?

Marinades are great for enhancing the flavor of the meat. Note: I said enhance, not cover up. For game birds, the lighter flavored the marinade the better. Venison and red meat, particularly from older animals, can handle heartier marinades, but again, be careful not to overpower the game.

Because marinades also coat the surface of the meat, they help keep it moist, which is particularly useful for cooking over high-heat, such as grilling or pan-frying.

Anytime you’re cooking wild-game, it’s a good idea to reserve some marinade for basting. But remember to not reuse marinade that’s had meat soaking in it as your basting. Reserve some liquid separately to prevent cross-contamination.

So what’s the best marinade if it isn’t Italian dressing? That depends on what flavor you’re looking for, but here’s one I like to use for grilled pheasant breasts. It’s a little sweet and a little salty, with some Asian influence that makes it wonderful for a stir fry or even just grilling and chopping it up to serve in a soup with some noodles. Dress that with some diced jalapeño and some cilantro and it makes a great lunch.