Like a lot of game meats, wild turkey gets a bad rap for being difficult to cook. Much of this... 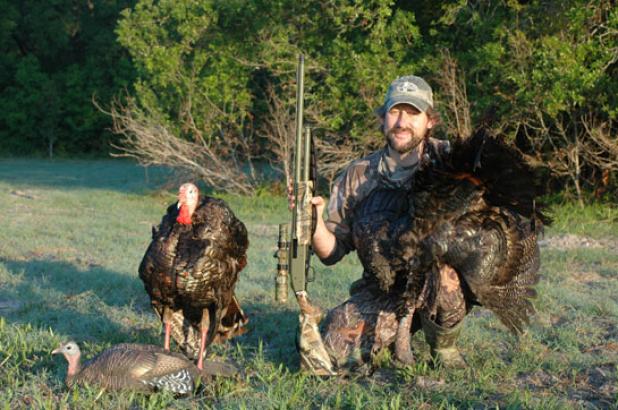 Like a lot of game meats, wild turkey gets a bad rap for being difficult to cook. Much of this negative reputation comes from the tendency of hunters to overcook their meat, but I’ll admit cooking any wild bird does come with a challenge. Wild turkey meat has a tendency to dry out quickly when subjected to high heat due to the limited amount of fat these birds develop. As I’ve written about recently, marinades don’t add moisture to meat like most people think they do. However, there is a technique that all but guarantees a moister end product, whether you roast, grill or fry your turkey – brining.

As you probably know, brining is the act of soaking meat, in this case turkey breast, in a saltwater solution for a period of time, typically overnight, though as little four hours works wonders. The salt in the brine breaks down proteins in the meat known as myosin, offering more space to absorb water and reducing the amount of shrinkage during the cooking process. The result is a tender, moister end product. Typically, I make my brine with a cup each of kosher salt and sugar dissolved in a gallon of water. Sometimes I add peppercorns, garlic cloves or other flavorings.

Recently, a friend clued me in to a new way to brine wild turkey, or new to me anyway. It seems this little secret to moist, delicious wild turkey breast has been around for a while, but hunters have held it close to their vest. Well, I’m going to blow the lid off the jar and let Wild Chef readers in on it. (Most likely, you’re already in on it and I’m just slow to the punch.) In fact, you probably already have this brine in your refrigerator – pickle juice. That’s right, the liquid used to make commercial pickles makes a great brine for poultry. It’s so good, it’s reportedly used by Chick-Fil-A to brine the chicken breasts used in their famous sandwiches.

If you think about it, pickle juice makes a lot of sense as a brine. It’s typically made with water and salt, with vinegar, garlic and other flavorings added. The salt concentrate is high enough to break down the myosin in wild turkeys and create a flavorful, moist meat, whether you bread it and fry it or put it on the grill. I would suggest injecting some of the brine into the turkey to speed up the brining process, but otherwise, give pickle juice a try. That’s what I’m going to do with at least one of the breasts from this Osceola I killed with my Mossberg FLEX 20-gauge in Florida last week.