What have we here in 520 pages? A stupefying number of numbers, and to describe their purpose, permit me to... 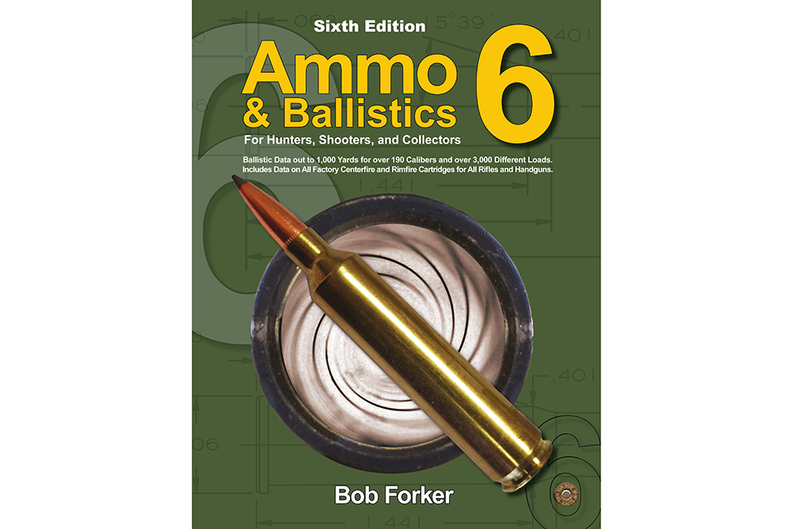 What have we here in 520 pages? A stupefying number of numbers, and to describe their purpose, permit me to quote from the book itself: “Ballistic data out to 1,000 yards for over 200 calibers and over 3,000 factory loads. Includes data on all factory centerfire and rimfire cartridges for all rifles and handguns.”

In other words, do you yearn to see what the trajectory of your brand-new .700 H&H is out to 500 yards without having to actually shoot the awful thing? Here’s your huckleberry. Bob Forker, who is an aerospace engineer when not writing about guns, does not write like an engineer. This is probably why A&B has gone into its sixth edition. Despite the mind-clogging amount of information here, the book is clear, understandable, highly usable, and readable. Mr. Forker has even written a guide to its use which is a model of comprehensibility.

I have no doubt that all of this is computer generated. I don’t see how it’s possible to do all the shooting required and not reduce yourself to a gibbering wad of protoplasm. This is not a criticism. In recent years, I’ve found that the computer-generated drop figures have been extremely accurate. I’ve found, without exception, that the drop I actually got on the range was within fractions of an inch of what the computer said I would see. This can save you an enormous amount of trouble and expense.

It does not, however, relieve you of the responsibility of checking on the range. Guns are individuals, and if you want to know for sure where they’re shooting, you have to go out and burn powder. For example, just this past week I found that one 175-grain bullet hit 18 inches higher at 600 yards than another at the same muzzle velocity. The only difference was a BC of .496 for one slug and .512 for the other. But, they landed a foot and a half apart. If I had gone by paper figures, I would have said this piddling difference would not have mattered, and I would have been wrong. You’ve gotta shoot to be sure.

That said, Mr. Forker’s book will keep you off the Aggravation Trail, and if you don’t buy it, you deserve whatever happens to you. It’s published by Safari Press and costs $26.95, or about half of what you’ll lay out for a box of ammunition.