It’s highly unusual for a bolt gun’s firing pin to go, but you should still know what to do if it happens 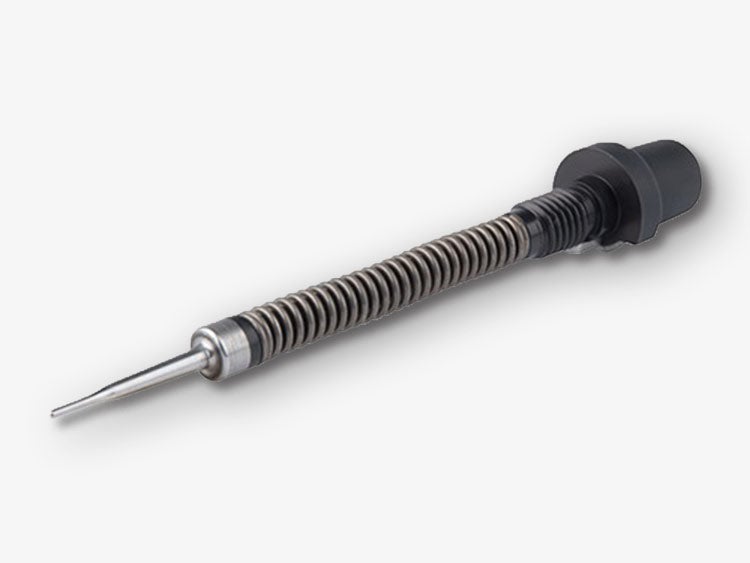 So there I was pulling targets for a guy who was tearing the ten-ring to pieces, and midway through his last string he stopped firing, leaving me both baffled and with nothing to do with my hands. He never did resume, and after the rattle of the battle died away, I asked him WTF?

“My firing pin broke,” he said, among other comments which good taste prohibits me from passing along. His rifle was built on an old Remington Model 700, which had absorbed who knows how many years of use and abuse, and on this day, it just got to be too much.

This is the first time I’ve known the pin to break on a modern bolt-action. I asked John Blauvelt, who has repaired everything that goes bang, and he said he’d never seen a bolt-action firing pin break, but that it was quite common on lever-actions, and that in the fall he keeps a supply of Winchester and Marlin firing pins on hand for panicked owners whose rifles have just quit.

In fact, the only hunter I’ve known who carried an extra firing pin with him was Warren Page. He had a fairly elaborate cleaning kit for his Mauser 98-based Old Betsy Number One, but he never had to replace the pin. (He even had a spare firing pin spring. His precautions make sense. If your rifle ceases to function in, say, Baluchistan, you’re not likely to find a gunsmith handy.)

Sometimes, firing pin springs grow old and die. I’ve had this happen on a Savage Model 110. The rifle was about 15 years old, and I noticed that the firing pin was making a weak indent in the primer. I got a replacement spring from Wolff Gunsprings, and all was well again. (Wolff is the Spring King. They make all sorts of springs for just about all firearms. I commend to you especially their Blitzschnell (“lightning fast”) spring for your bolt-action rifle if you’d like to put some added zap in your ignition.)

Replacing the firing pin on a bolt-action is not difficult if you know how and you have a tool to compress the spring. If you fall short in either category, forget about it. Should you be paranoid about a broken firing pin, take your rifle to a gunsmith well in advance of hunting season and ask him to install a new one, and at the same time remove all the ancient ugh that’s accumulated inside the bolt over the years.