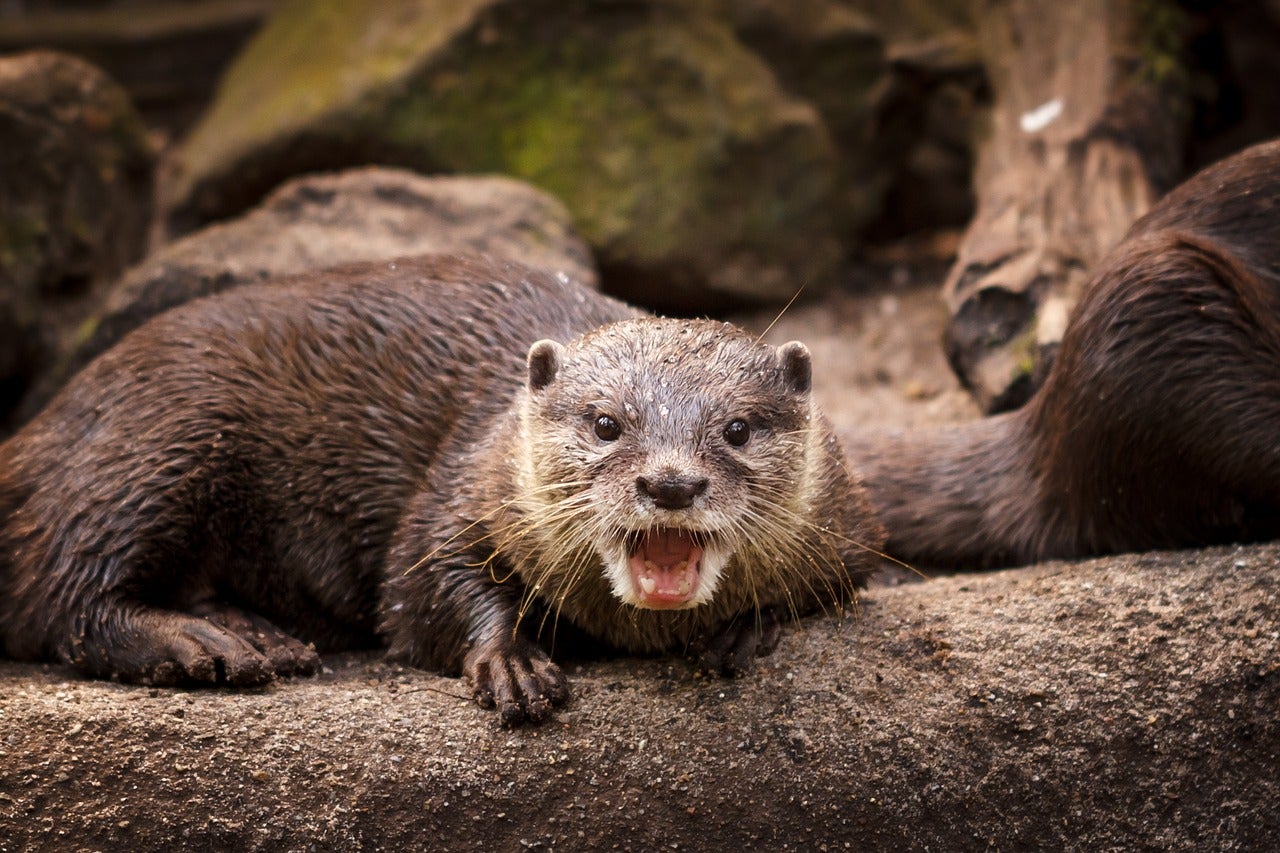 Otters may be cute—but they can be aggressive toward humans. Pixabay
SHARE

In what must be some kind of first, the Alaska Department of Fish and Game (ADFG) is urging residents of Anchorage to be on high alert around the city’s lakes and ponds—not because of brown bears or moose—but because there has been a spate of violent attacks on people and their pets by…river otters. Three separate otter attacks took place during the month of September, according to an ADFG press release. In one, a woman was bitten while rescuing her dog from a group of aggressive otters at University Lake, which is a popular recreation spot near the University of Alaska campus. The second report of a violent otter-dog encounter was reported later that day in a different area of the same park.

In a separate incident, a 9-year-old boy was taken to the emergency room after four otters chased him and his friends while they played near a duck pond in east Anchorage. “[An otter] caught up to my nine-year-old and he got attacked,” the boy’s mother told the Anchorage Daily News. “He has two fang marks on his back thigh and one on the front thigh on each leg [and] one puncture wound on his foot.”

According to the ADFG, otter attacks are rare but not unheard of. Because river otters can travel long distances over land or through interconnected waterways, the agency says it can’t rule out the possibility that the same group of river otters may have been responsible for attacks at both locations. “We don’t know whether that’s always been the same group,” ADFG wildlife biologist Dave Battle said. “Logically, I would think that it probably is because it’s such unusual behavior. It would be unlikely that multiple groups in the same city would suddenly start exhibiting the same type of behavior.”

Read Next: Two Male Cottonmouth Snakes Face Off in Battle for Dominance

Groups of otters are usually comprised of mothers and pups or bachelor males. Otters are typically docile creatures better known for playfulness than hostility. Both young and mature animals have been known to “manipulate rocks or sticks, play tag and hide-and-seek, dunk each other, wrestle, and slide on mud or snow,” according to the ADFG’s website. Otters are not territorial animals and fighting among individuals is rare, though the agency’s site states that, like most animals, river otters can be wary of “strange individuals.”

In the interest of public safety, ADFG wildlife officers are attempting to locate the gang of aggressive otters and euthanize them, while taking care to “only remove animals exhibiting these unusual behaviors.” The agency says that because the animals will likely exhibit aggressive behavior in a new environment, relocation would not solve the problem. Any river otters lethally removed will be tested for rabies.