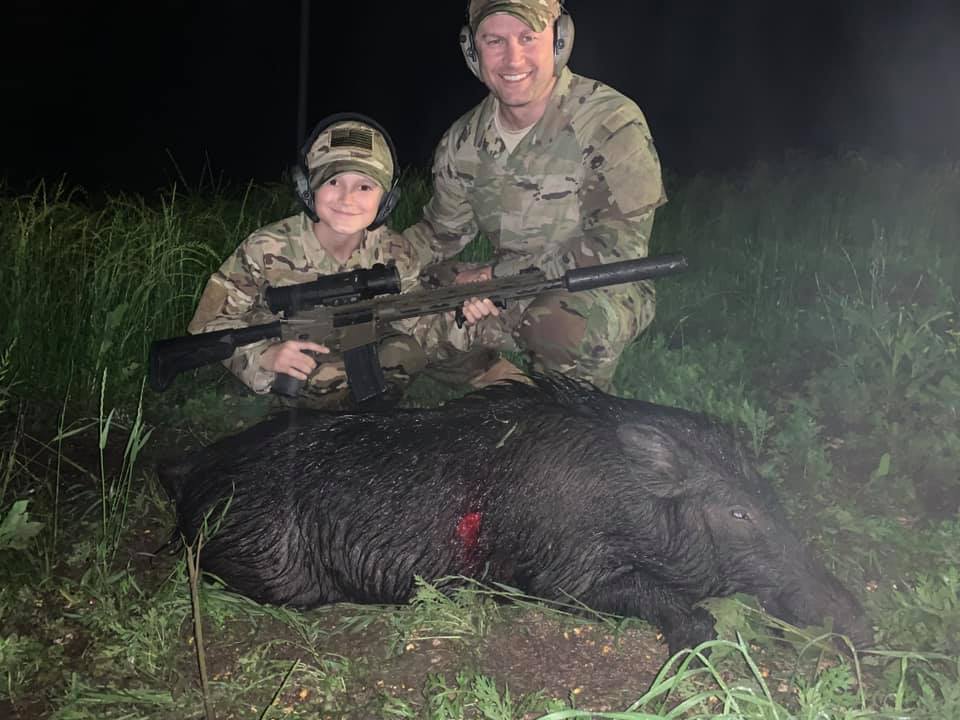 Earlier this spring, the Alabama state legislature passed a law allowing residents and nonresidents to purchase a special license to hunt feral hogs and coyotes at night. More than 500 Alabama hunters have bought licenses to date, according to a report in AL.com.

The legislation received unanimous support in the Alabama House of Representatives, passing on a 98-0 vote.

Alabama’s Department of Conservation and Natural Resources established a night hunting season that began in July and runs until November 1, designed to avoid conflict with deer hunting seasons. The season for the next two years is expected to run February 11 to November 1. Permits cost $15 for Alabama residents and $51 for non-residents. The fee for 100-percent disabled hunters is $1.

Night hunting in Alabama was allowed previously only with a depredation permit, available to landowners who could list friends, family, or delegates on the permit to take hogs and coyotes at night to mitigate crop, property, or livestock damage. Outdooralabama.com reports the new permit makes targeting hogs and coyotes easier on hunters and Alabama’s Wildlife and Freshwater Fisheries’ (WFF) staff.

Matt Weathers, chief of enforcement with the Alabama WFF, says, “The new law provides for a license that allows anyone in the state to hunt feral swine and coyotes at night by buying a license to hunt on any private or leased property where they have permission to hunt. So, if you lease a hunting club, if the person or corporation you lease that property from allows you to hunt at night, you can purchase the license to hunt those animals at night on your hunting club. And you can do that without the landowner coming to us to get a permit. It represents a new hunting activity for the state, and it will enlist as many as 200,000 hunters in this fight against two insidious predators.”

According to Weathers, the new license lets hunters use previously banned equipment, such as night vision or thermal optics, as well as lights attached to firearms. While the night hunting opportunity opens new pursuits for Alabama hunters, Chuck Sykes, director of the Alabama WFF, says that it’s not going to eliminate the hog problem. “What we are doing is giving people more opportunity to remove more pigs and coyotes if they choose to do so,” Sykes says. “It is another tool to reduce the number of predators.”

A report in the Alabama Political Reporter notes, “The U.S. Department of Agriculture estimates that hogs do billions of dollars in economic damages nationally and $800 million in damage in Alabama alone. Hogs will eat farmers’ crops, in some cases rooting freshly planted seeds right out of the ground.”

Other states, including neighboring Georgia, have allowed feral hog hunting at night for many years, with no limits and closed seasons. Hunters in Georgia must have a Georgia hunting license. Hunters interested in feral hog or coyote hunting in Alabama can check out outdooralabama.com or call any district office or the main office in Montgomery at 334-242-3849.