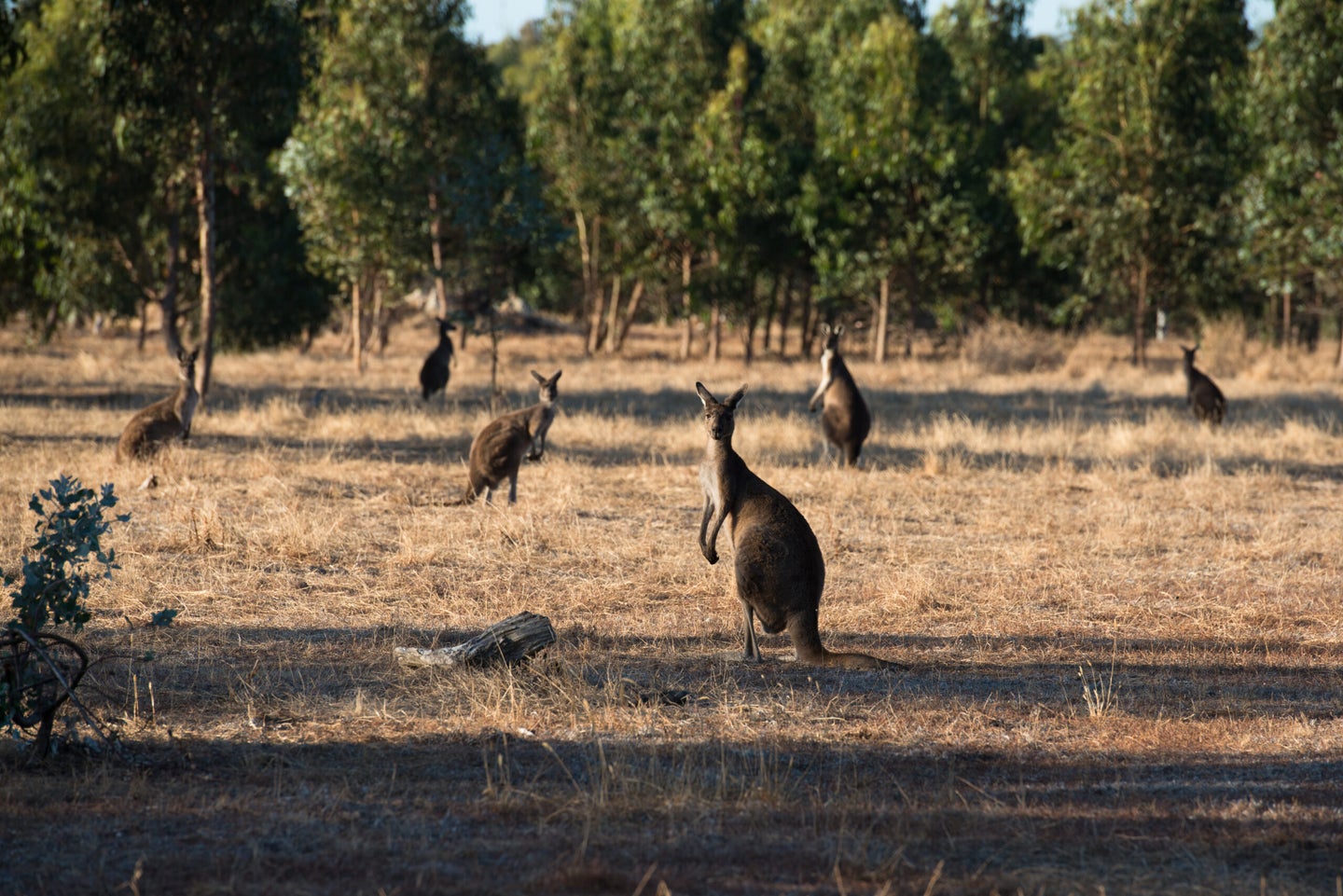 There are more kangaroos than ever hopping around the Australian state of Queensland, thanks in part to the global ammunition shortage. Caused by manufacturing delays during COVID and exacerbated by the war in Ukraine, the shortage has frustrated Aussie farmers and stymied the contract shooters they hire to manage kangaroo numbers on their ranches.

Also contributing to the kangaroo’s recent proliferation has been heavy rainfall and the increased use of exclusion fencing. The fences, which protect livestock from predators like foxes and wild dogs, have in many instances trapped kangaroos inside ranch boundaries, where they reproduce quickly.

In Queensland, red kangaroos, eastern grey kangaroos, and wallaroos are harvested for commercial and non-commercial purposes, with strict quotas in place through government-issued damage-mitigation permits. Cattle and sheep farmers—known as “graziers” in Australia—often hire contract shooters with permits to cull kangaroos during night hunts.

Robert Ellis, a contract kangaroo hunter, told the Australian Broadcast Company that in his 11 years on the job he had never experienced an ammunition shortage similar to this one. “Before this, you could get whatever you wanted for under half the price,” he said. “But it’s hard to get anything [now]. Gun stores will get a big shipment and it’s gone within a couple of days. Everyone is trying to buy bulk, not just kangaroo shooters.”

Ellis adds that he now has to travel more than 400 miles to buy ammo. Heavy rain has also kept him sidelined. Ellis said that during a typical year he would be out every evening, shooting approximately 70 kangaroos a night. “I’ve only shot for half the year because of the rain, and it can only take half an inch now, and you’re stuck [at home] for another week.”

Meanwhile, grazier Mike Pratt told the Australian Broadcast Company there are now about 10,000 kangaroos living on his 37,000-acre property. Red kangaroos are the largest marsupial in the world, standing up to six feet tall and weighing as much as 200 pounds. They are voracious feeders and can significantly impact rangelands by consuming vegetation that would otherwise be reserved for sheep and cattle.

Still, Pratt hopes to see the native animal continue to thrive in Queensland—but in moderation. “We don’t want to completely remove the kangaroos, but you really have to keep a balanced population,” he said. “They’re entitled to be there, but they need to be managed for not only the benefit of the stock but for the benefit of their own survival.”