Are Wolves Returning to the Northeastern U.S.?

When a New York hunter killed what appeared to be an 85-pound eastern coyote near Cooperstown last winter, some wildlife advocates cried wolf 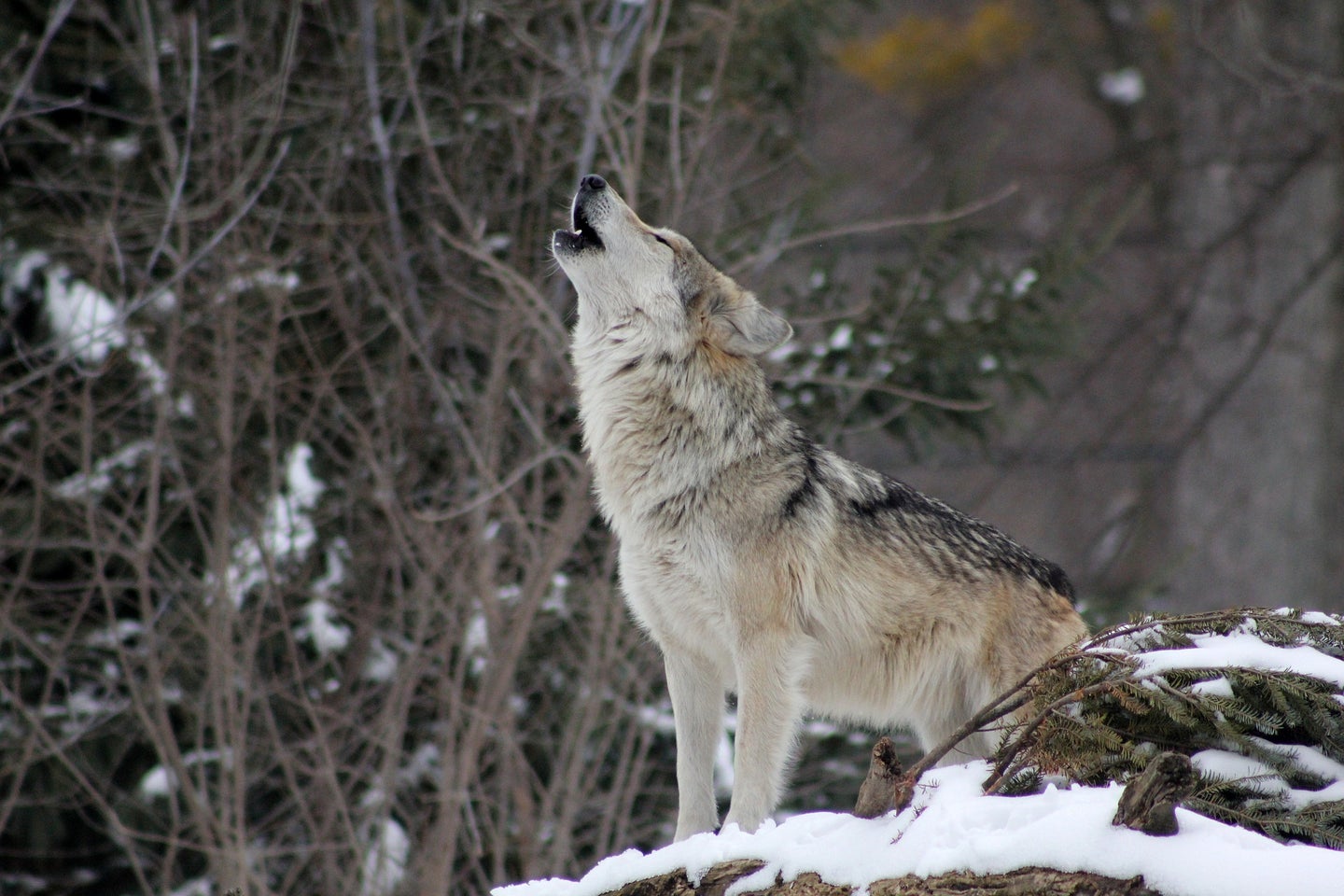 Lone dispersing wolves can travel up to 500 miles in search of a new home. Pixabay
SHARE

Last winter, a hunter in upstate New York killed what appeared to be a prime specimen of an eastern coyote. The ‘yote was so big, in fact, that it reignited a decades-old debate: Have wolves returned to the Northeast after a century of regional extirpation?

The coyote was shot near Cooperstown, New York, and when the hunter posted photos of the animal he’d harvested on Facebook, wolf advocates began ringing alarm bells. They said that the frame of the animal, the structure of its head, and the purported weight were all indicative of a wolf—not a coyote.

Protect the Adirondacks reached out to the hunter who agreed to provide tissue samples for DNA testing. And subsequent lab results, reported in July by the Natural Resources DNA Profiling & Forensic Centre in Ontario, Canada, seemed to bolster the advocates’ claims. According to the July DNA report, which was paid for by wolf advocacy groups, the animal was actually 98 percent Canis lupus with DNA from three wolf subspecies: Great Lakes, Northwest Territory, and Eastern gray wolf. It had only traces of coyote and dog DNA.

The results were well-received by anti-hunting groups like the Center for Biological Diversity (CBD) who want to see wolf hunting banned nationwide. The CBD, along with the Maine Wolf Coalition, is now calling on the New York Department of Environmental Conservation (DEC) to partner with the federal government to protect what they believe is an established population of wolves that’s migrating into the northeastern United States from Canada in the wintertime via the frozen St. Lawrence River.

But the New York DEC conducted a DNA study of its own, and they say that the wolf advocates have it all wrong. “Initial DNA analysis conducted determined the wild canid to be most closely identified as an eastern coyote,” Lori Severino, a spokesperson for the DEC, told WETM earlier this month. She said that New York’s eastern coyote population is known to exhibit mixed genetics, so it’s no surprise that the study paid for by the wolf advocates turned up some evidence of wolf DNA. “Further testing is being conducted to provide more clarity of the genetic composition of this animal,” Servino added.

Read Next: Hunters and Antis Clash Over Gray Wolf Lawsuits

According to the International Wolf Center, Quebec is home to about 7,000 wolves, while the neighboring province of Ontario harbors more than 9,000. Like other large carnivores, wolves are prone to wander, and the National Park Service says that lone dispersing animals have traveled as far as 500 miles in search of a new home.

That said, a biologist with the Maine Wildlife Division says that he hasn’t seen any evidence of the apex predators reestablishing their populations in a substantial way in the northeast. U.S. Maine Wildlife Division Director Nate Webb told the Associated Press that if wolves were back in his state in any numbers, they’d be preying on Maine’s moose. “I worked on wolves for over a decade and have been to hundreds of wolf kills personally. And it’s pretty easy to tell when a moose has been killed by wolves,” Webb said. “And that’s just not occurring here in Maine.”

Bridgett vonHoldt, a professor of ecology and evolutionary biology at Princeton University, told the AP that both the DEC study and the July DNA study commissioned by wolf advocacy groups missed the mark because they relied on a limited amount of genetic information. Without more data, she said, it’s impossible to conclude whether the animal killed by the hunter near Cooperstown last winter was an eastern coyote or a wandering wolf. In an effort to clear the air, vonHoldt’s Princeton lab will perform a DNA test of its own on the hunter-harvested canine. In the meantime, it sure looks like a coyote to us.