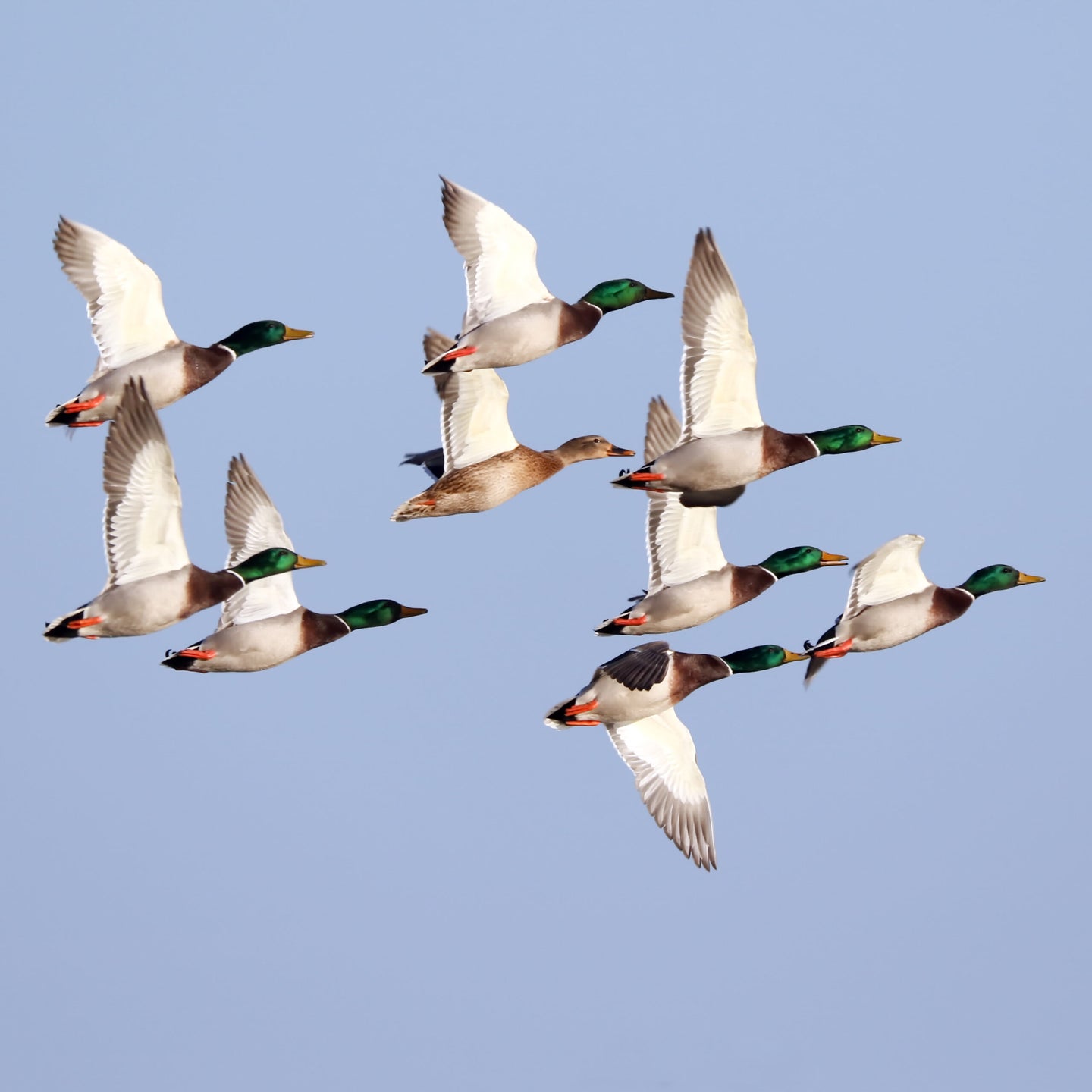 Aerial surveys conducted in Arkansas in early January showed a four-year high in mallard numbers in the Delta region. The surveys also recorded the highest overall number of ducks in the Delta since 2011, as well as the second-highest mallard numbers since 2010. The Delta held almost a million mallards—929,248 to be precise—and 1.74 million ducks overall during the heart of hunting season. That’s good news in a place so closely identified with duck hunting that it put a mallard drake on its state quarter. The surveys, conducted by Arkansas Game and Fish biologists, count ducks and geese throughout the state two or three times a year during late fall and early winter.

The latest survey, conducted from January 2 to 5, benefitted from perfectly aligned weather conditions.  An arctic cold front froze much of the nation over Christmas, pushing ducks and geese south. Heavy rains during the survey period put water all over the landscape, creating lots of places for incoming ducks and geese to spread out.

“The timing of the surveys fell right in line with flooding from the massive storm front that came through Arkansas, and hunters know that ducks have an innate ability to find newly flooded areas and make use of the new habitat and food,” Luke Naylor, chief of wildlife management for the Arkansas Game and Fish Commission told the AGFC News. “Information from locations north of Arkansas suggested ducks had headed south prior to this event and no doubt found abundant new habitat to settle into across the state.” The Arkansas River valley stayed close to the long-term average with a count of 41,017 ducks, while southwest Arkansas recorded numbers below its long-term average.

As you would expect, the Delta area of eastern Arkansas showed the greatest number of ducks and geese as it’s the heart of the traditional wintering area in the state. The Lower St. Francis survey area in particular held large numbers due to the natural flooding of the landscape. Naylor says it’s possible that improved production in the Prairie Pothole Region may have contributed to the large numbers recorded by the survey, but it’s too soon to tell for certain. The post-season “wing bee” survey of wings submitted by participating hunters will help determine how many of the ducks harvested were birds of the year, which in turn, will help biologists estimate nesting success.

Read Next: 700 Waterfowl Die From Bird Flu in Washington State

The Delta also held large numbers of geese during the survey, including 1.7 million light geese and 618,925 white fronts. Arkansas has long been known as a snow goose wintering ground, and white-front numbers have increased enough over the past decade that specklebelly goose hunting has become a popular activity on afternoons during duck season and in between season splits.

In order to count ducks and geese and identify them by species, surveyors had to fly very low, often 200 feet or less above the ground. This can put pilots and state biologists in danger during inclement weather and incurs the risk of striking the birds they are trying to count. Naylor says there was at least one bird-plane collision during the survey, but fortunately, no people were hurt.