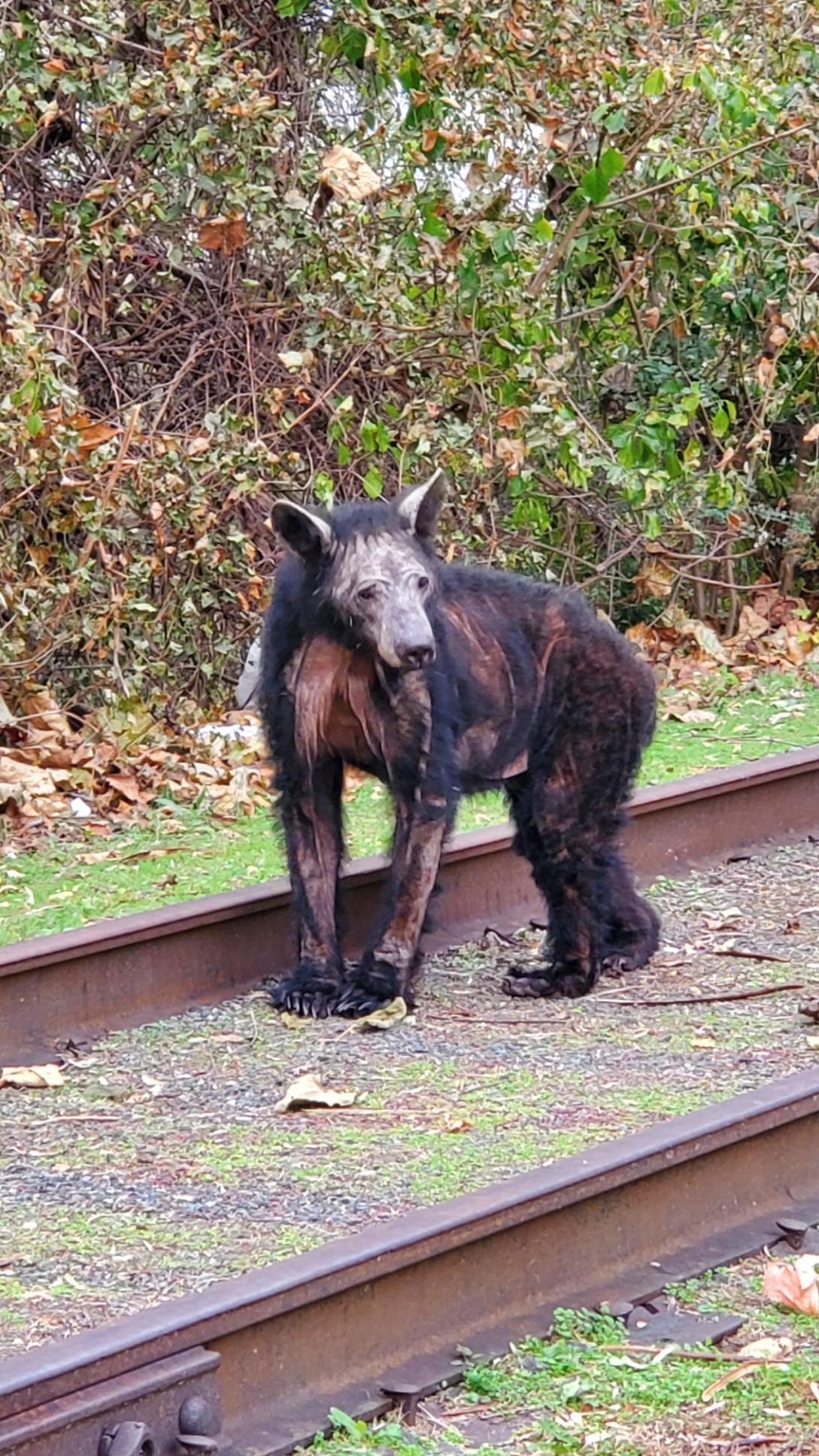 Many bears in Virginia are afflicted with mange, a highly contagious skin disease caused by skin-burrowing mites that can impact wild and domestic mammals. The Virginia Department of Wildlife Resources (DWR) has documented 75 reports of mangy bears this year, which wildlife biologist Katie Martin says is “on par” with 2020’s total of 113 reports. Martin adds that the estimate is likely conservative because it only reflects direct reports to the DWR. Virginia’s black bear population is estimated at 17,000. In the six years prior to 2020, Virginia recorded just 81 mange reports.

Virginia isn’t the only state seeing an increasing spread of mange in its bear populations. In 2018, mange surged in Pennsylvania’s black bear population, prompting research into medical treatments, disease spread, and the influence of genetic factors. That ongoing study is scheduled to wrap up this winter when the tracked bears’ radio collars are removed. Mark Ternent, a Pennsylvania wildlife biologist, estimated that in June 2018 somewhere between 1 and 3 percent of the state’s bears had mange. Mange reports began showing up in Pennsylvania in 1991. Since then, it has spread in bear populations from West Virginia up to New England.

Virginia is currently looking at studying modes of mange transmission, the spread rate, potential pathways, and other factors contributing to the recent increases. Mange often isn’t fatal, but it makes bears miserable. The mites burrow into the skin and lay eggs, which creates intense discomfort for the host animal. Animals can lose much of their fur and become dangerously ill. Captured bears with the most severe cases are often put down.

“They just look in pathetic shape,” David Kocka, a district wildlife biologist for the Virginia DWR, told Charlottesville Tomorrow. “What we see is when they get to a certain stage where they’re so unhappy with life, they feel so horrible that [it’s] like they’re losing their minds. They’ll crawl into somebody’s doghouse and stay there for a couple days, or they’ll crawl under their deck, or in a garage.”

Northwest Virginia, from the Blue Ridge Mountains and across the Shenandoah Valley, was the state’s original problem area, but mange has now spread across an 11-county area that includes counties in the Virginia Piedmont east of the Blue Ridge. So far, the bears with mange that are captured show an even distribution across sex and age. Virginia is updating its black bear management plan. There are currently no proposals to change bear hunting regulations because of mange.

“Mange is sure to be a topic of discussion as we work with stakeholders to set objectives for the next 10-year phase of bear management,” Martin tells F&S.