Spotted gar are endangered in the state of Ohio. The fish's capture brings new hope for the species in the area 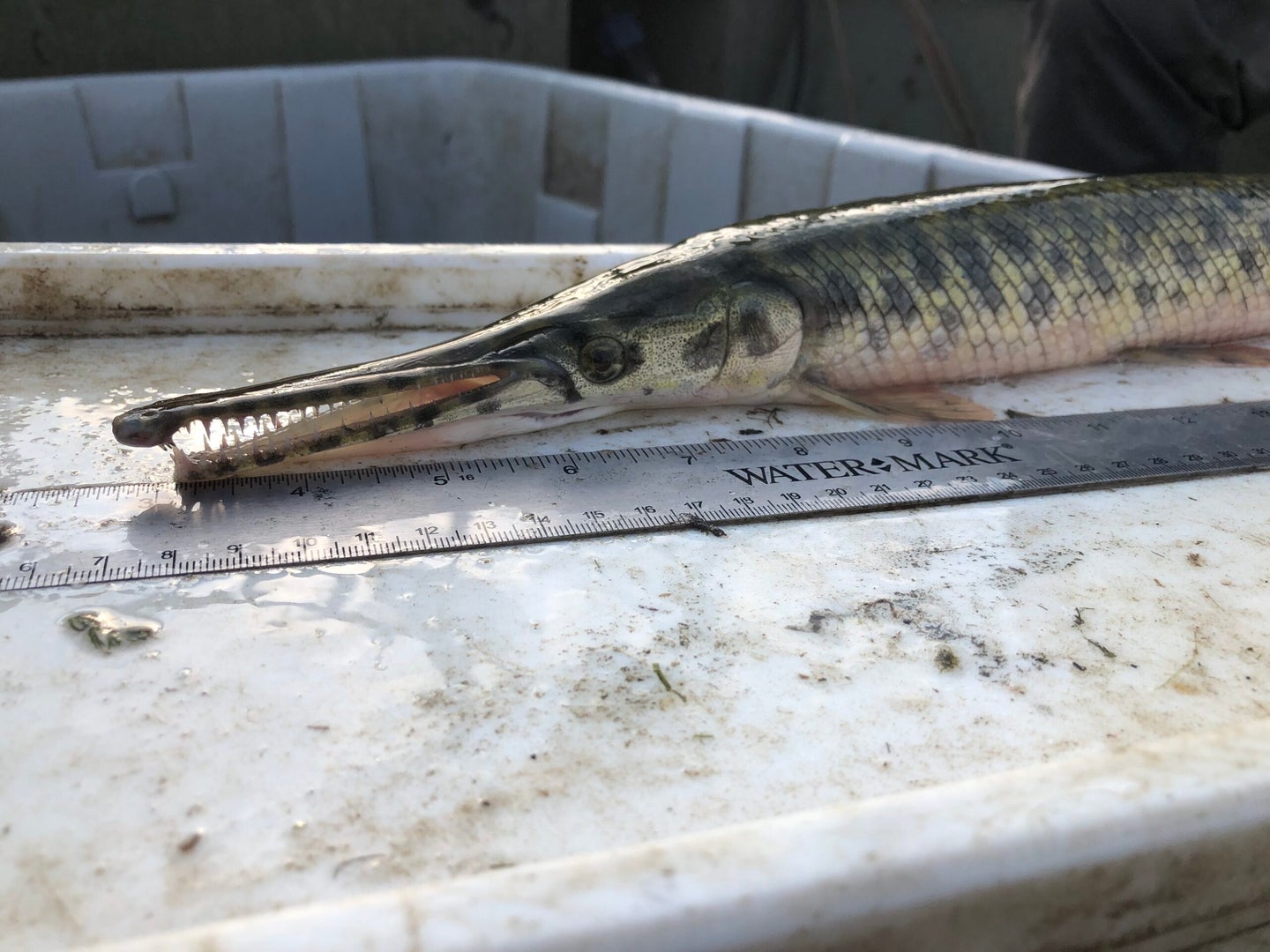 The spotted gar measured in at just under 21 inches. U.S. Fish and Wildlife
SHARE

U.S. Fish and Wildlife Service (USFWS) biologists were elated to find a spotted gar in their fyke net while sampling Lake Erie waters near Marblehead, Ohio, during a fisheries survey earlier this month. The spotted gar is an extremely rare native fish in Lake Erie, according to USFWS biologist Kristen Towne, who participated in the survey.

“In the state of Ohio, [spotted gar] are endangered,” Towne says. “The fish isn’t federally listed, with some states having sustainable populations, but there have been only a handful of confirmed captures in the East Harbor of Marblehead, Ohio. To our knowledge, this is the first confirmed capture of a spotted gar in the West Harbor.”

Towne, along with USFWS biologists Greg Wright and Janine Lajavic, had placed the fyke nets in the afternoon and pulled them the following morning. The nets are designed for the live capture of fish. Fish enter a netted throat shaped like a cone. Entry is easy, but exit is difficult. Towne says the small size of the nets allows researchers to catch young fish while excluding larger species such as buffalo. Though the spotted gar is a native fish, the USFWS trapped the specimen while actively searching for invasive aquatic species. Catching young fish helps biologists identify potential threats early.

“We’re the front line to catch any new invasive species,” Towne says. “The idea is to detect and get them out before they are established.” Spotted gar used to be common in Lake Erie’s bays and wetlands. Their numbers plummeted due to habitat destruction, vegetation removal, nutrient and sediment loading, and the establishment of non-native species. Towne says the area where they placed the trap looked promising for gar, which thrive in habitats that are highly vegetated with low turbidity.

The caught gar measured just under 21 inches long. Spotted gar only grow to about 3 feet long, making them one of the smaller gar species in North America. “We know this was an adult, but we do not know the age or sex,” Towne adds. “With this being an endangered fish, we wanted to ensure it was returned to the water alive and not killed.” Above all, Towne says that capturing an adult spotted gar offers hope that the species is present in low but perhaps sustainable population numbers in both the East and West Harbors of Marblehead, Ohio.