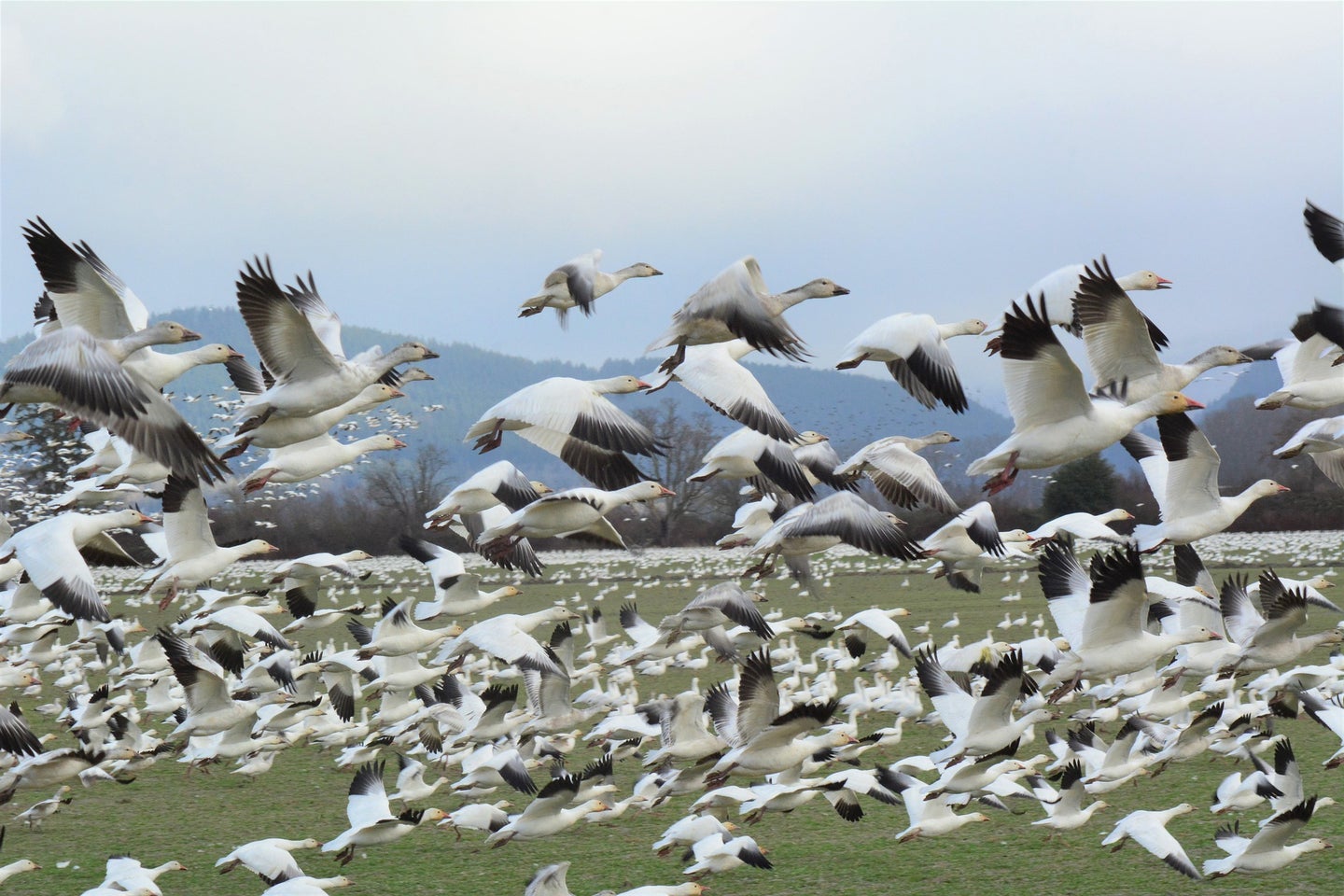 The Illinois Department of Natural Resources said that the dead birds were primarily snow geese. Brian Hansen via Pixabay.
SHARE

At least 300 hundred waterfowl were reported dead recently at public hunting sites across southern Illinois, the Illinois Department of Natural Resources (IDNR) said in a press release. The birds—primarily snow geese—are believed to have died of highly pathogenic avian influenza, or HPAI. The news comes amid the deadliest outbreak of HPAI on record in the United States.

“Deceased wild birds have been found at Baldwin Lake, Pyramid State Recreation Area, Rend Lake, and Carlyle Lake in recent days,” reports the IDNR. “IDNR will continue to monitor for ongoing outbreaks of highly pathogenic avian influenza during the fall bird migration.” The agency is asking anyone who witnesses concentrations of 20 or more deceased birds in one location to file a report with an IDNR district biologist.

Unlike bird flu outbreaks of the past, which were spread by domestic fowl, this one is being driven by wild waterfowl as they move through the Central and Mississippi Flyways. It has resulted in the death of some 52.7 million birds, though the vast majority of those birds were domestic and had been proactively culled from commercial flocks, according to NPR.

Read next: Bird Flu Continues to Spread Into Wild and Domestic Fowl Populations Across North America

On Tuesday, November 29, one day after IDNR made its recent announcement, personnel with the Wyoming Game and Fish Department discovered 77 dead mallards at the Ocean Lake Wildlife Habitat Management Area, in Fremont County, Wyoming. Those birds are suspected of dying from HPAI as well—and the WDFD is currently testing some of the mallard carcasses for the disease.

According to the Centers for Disease Control and Prevention, the risk of humans contracting HPAI is low, but the IDNR encourages waterfowl hunters to take precautions by thoroughly cooking game meat to an internal temperature of 165 degrees Fahrenheit.

“Hunters also should avoid handling sick or dead waterfowl found in the field, and they should not allow dogs or other pets to consume waterfowl that died from unknown causes,” the IDNR press release reads. “Rubber gloves and a mask should be worn when disposing of any deceased wild birds, and carcasses should be double-bagged in sealed plastic bags. The bags can be buried away from scavengers or placed in the garbage if approved by the local waste service provider.”