The die-off is part of the worst bird flu outbreak in U.S. history 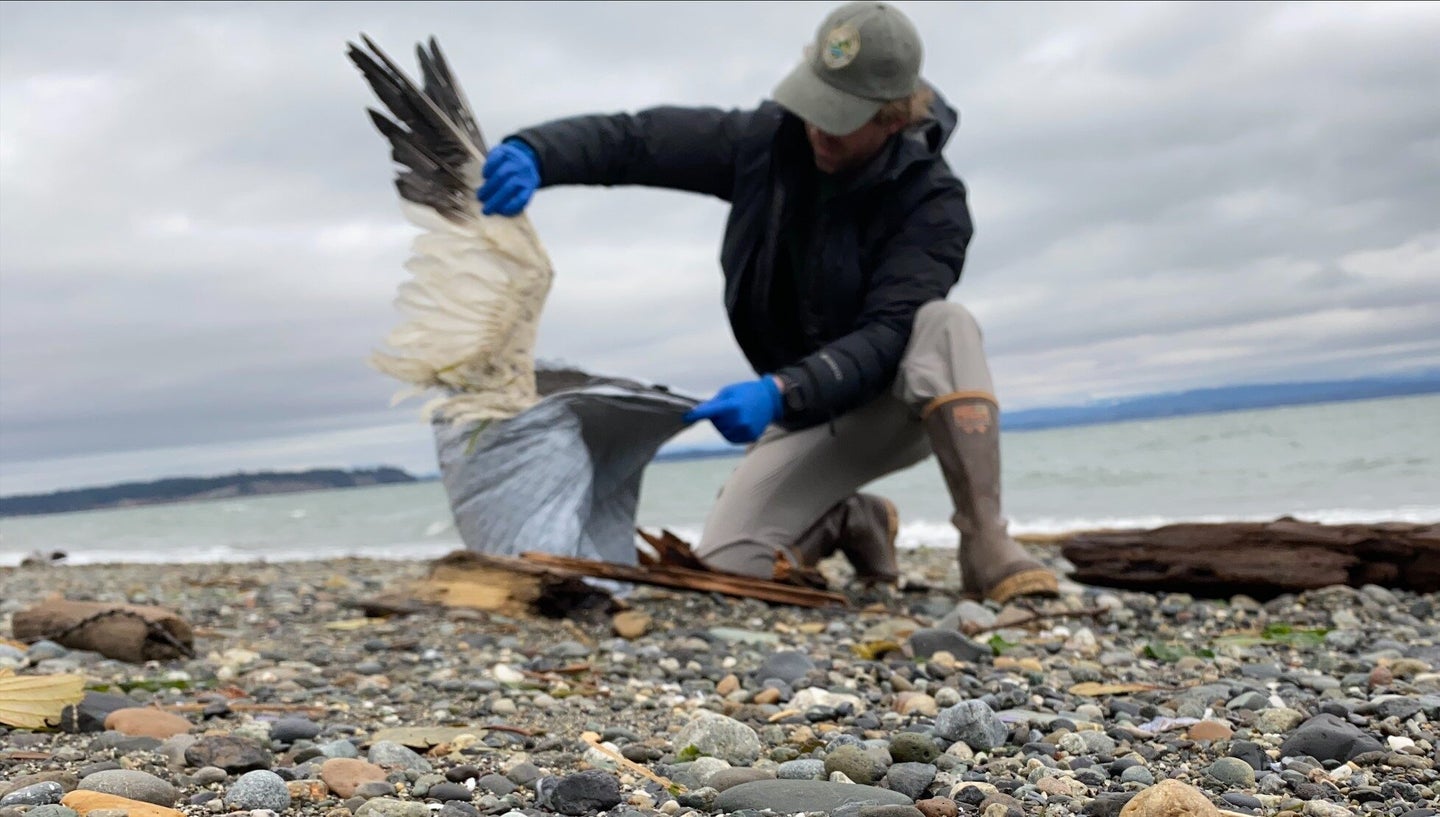 Birds infected with avian influenza may appear lethargic or unable to fly with symptoms that include wheezing, unnatural head movements, and vomiting. WDFW
SHARE

The widespread die-off, in an area known for its massive winter gatherings of geese and trumpeter swans, is just one outbreak in what the Center for Disease Control and Prevention (CDC) says is shaping up to be a record year for the H5N1 Highly Pathogenic Avian Influenza (HPAI) strain across the United States. By November, cases in wild birds and domestic poultry had topped 49 million in 46 states, including those culled due to exposure to infected birds. The CDC expects that the yearly total will easily top 50.5 million, which was the previous high set in 2015.

The WDFW has also reported 62 positive cases of HPAI in King County, including four bald eagles. Three weeks ago, they removed 450 dead birds, including nearly 400 geese, from the Wiser Lake region in Whatcom County. The numbers—reported just ahead of the December 10 opening of goose hunting in Skagit and Whatcom counties—are alarming, but should not deter hunters. While HPAI is highly contagious among birds, the risk to people is low as the current strain does not appear to infect humans easily.

“This particular outbreak that we’re seeing this year is significant, and in fact it’s happening all across the northern hemisphere,” A WDFW official told Fox 13 Seattle. “Europe and the United Kingdom are getting hit really bad with bird flu right now. (But) we’re not expecting that avian flu is going to have an impact on the waterfowl hunting season.”

The CDC and WDFW advise hunters to avoid all contact with sick or dead birds and only hunt birds that appear to be healthy or are actively flying. They also recommend that hunters cook game birds thoroughly, ensuring that the meat reaches a temperature of 155 to 165 degrees. Bird carcasses should be double-bagged and thrown in the garbage, rather than being cleaned and disposed of in a field or body of water. Officials recommend that hunters ensure that their dogs only approach healthy birds shot immediately beforehand.