Video: Bison Launches Another Bison Off of the Road in Epic Battle 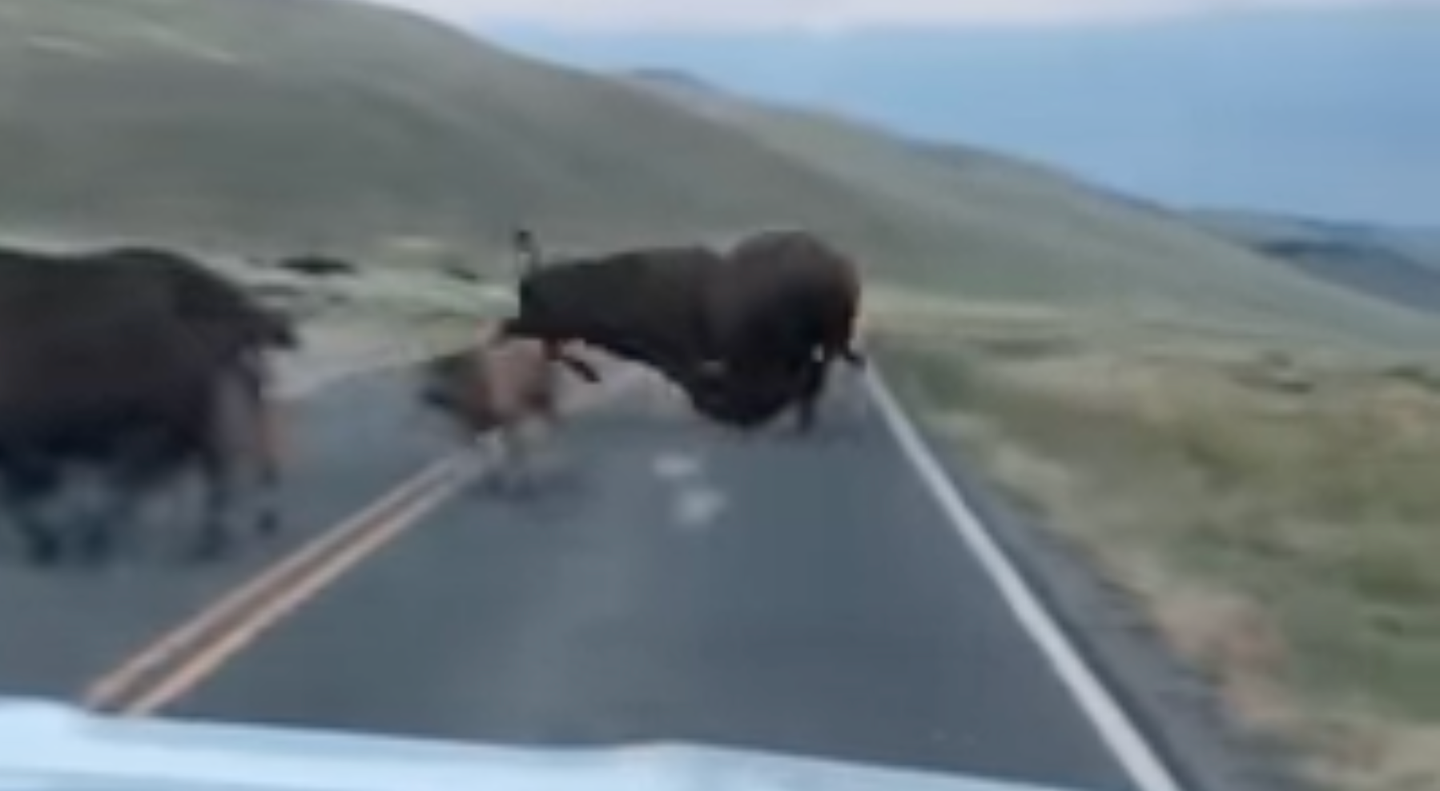 Man, bison fight hard. Two bulls got into it in the middle of a highway in Yellowstone National Park. Watching from a car, one onlooker captured the wild battle on camera. This footage is compelling, to say the least. One bull clearly has the upper hand. It absolutely launches the other bison off of the road. The video demonstrates the power—and hardiness—of one of America’s most iconic species of wild animals. The encounter took place last year but was recently posted on the National Park Service Instagram account. Though Yellowstone is thousands of miles from any oceans or seas, the Park Service wrote a decidedly Pirates of the Caribbean-esque description to accompany the video.

“Prepare fer rammin’ speed, matey!” wrote the Park Service. “Durin’ matin’ season, male bison can be mighty aggressive, though all bison ‘n other wildlife can be dangerous and give you a heave!”

Yellowstone National Park has experienced record visitation this summer, with 920,000 visitors in August alone. The park has also dealt with people doing a bunch of mind-numbing things, such as illegally washing pet dogs in thermal areas. During the fall, both elk and bison are in the rut—and are known to act more aggressively, not just with each other, as shown in the video, but also with people that get too close. Male bison can reach weights surpassing 2,000 pounds. You wouldn’t want to be on the receiving end of a bison charge.