Bentley Drew, 10, arrowed and landed this 10.7-pound, 29.5-inch chinook in October. It was recently recognized as a world record 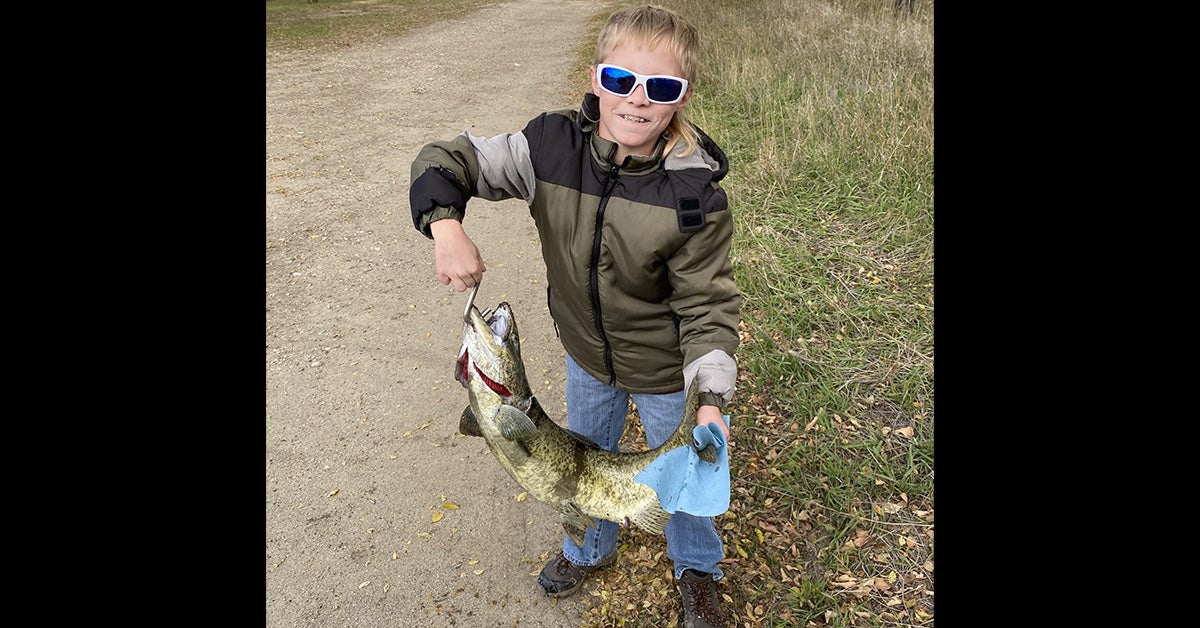 Chinook salmon have been stocked into Lake Oahe and its tailwaters. Bowfishing Association of America
SHARE

A South Dakota boy set a bowfishing world record with his first-ever salmon: a 10.7-pound, 29.5-inch chinook taken in the Missouri River 15 miles north of Pierre. Bentley Drew was 10-years-old when he shot the fish on October 30. He recently had his catch certified as the youth world record by the Bowfishing Association of America.

“He’s getting pretty big into the bowfishing sport with me,” the boy’s father, Dustin Drew, told the Pierre Capital-Journal. Bentley had previously shot gar, carp, shad, and catfish, but this was the first salmon he took. He shot the fish, reeled it in, and got the fish up on shore all on his own.

“I saw my dad [bowfishing], so I wanted to try it,” said Bentley. He shoots his bow with a 25-pound draw weight. He prefers bowfishing to hook-and-line fishing because it’s more active. “[I]t’s more like hunting than normal fishing is,” he told the Journal.

Chinook salmon are not native to the Missouri River. They were introduced into the river decades ago to take advantage of the cold-water environment created when the upper Missouri was dammed to create big reservoirs like Oahe, where salmon are commonly found. South Dakota annually collects more than a million Chinook eggs in hatcheries across the state and stocks approximately 400,000 juvenile salmon in Lake Oahe each year. If the spawning and stocking program ended, South Dakota Game, Fish, and Parks officials say that the state’s chinook population would disappear in five to 10 years.

In most states, bowfishing for game fish is prohibited, but it’s allowed in certain water bodies and seasons in South Dakota, according to the state’s fishing handbook. The world record chinook in the adult category also came out of South Dakota: Kyle Manning of Pierre shot a 17.44-pound Lake Oahe chinook on October 14, 2021. That fish measured 36 inches long with a 21.25-inch girth.