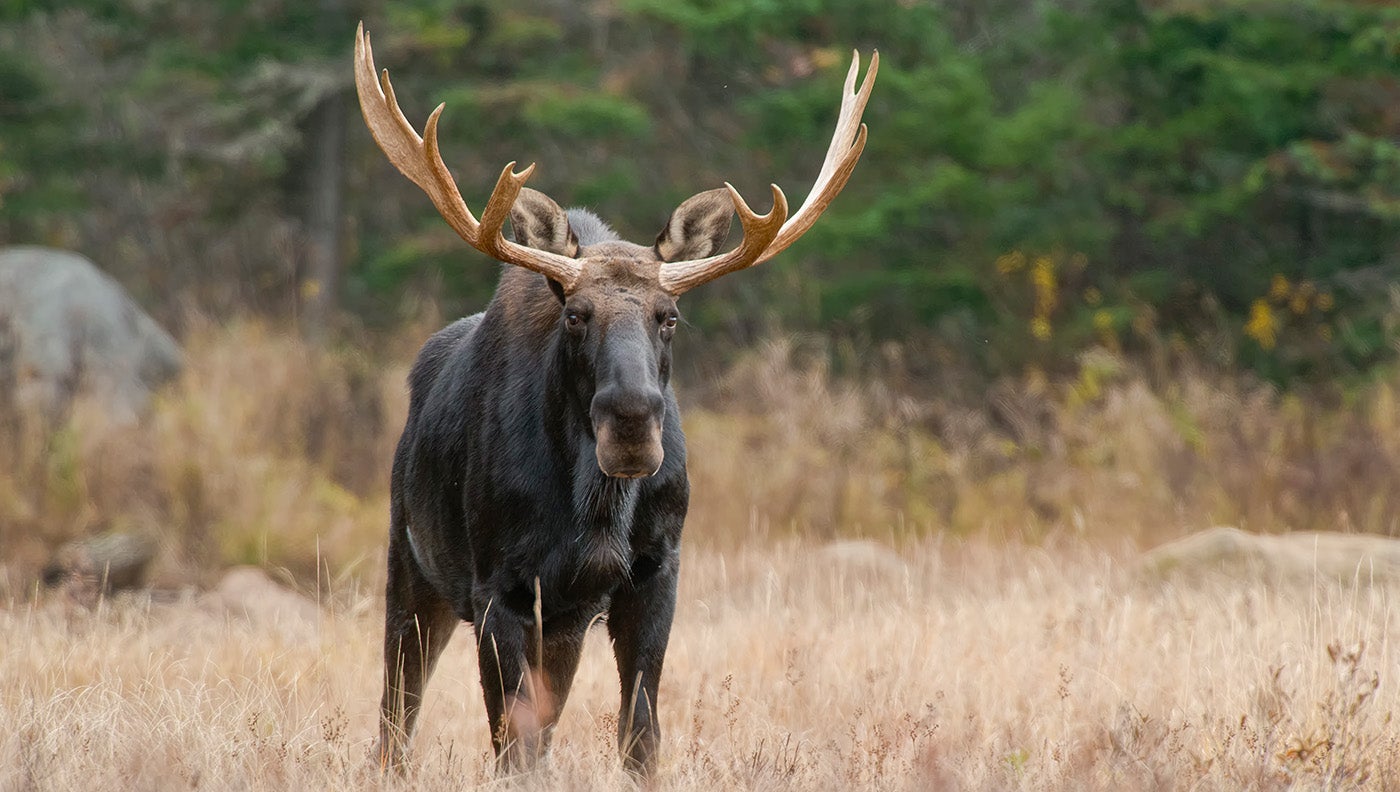 Willow Bennett collects frozen deer heads. She disassembles them, removes the brains, and checks for brain worms. When her autopsy yields one of the string-like parasites, she sets it aside in a container for further evaluation. As an undergrad biology researcher at Acadia University, her mission is to help save the dwindling population of Nova Scotia’s mainland moose.

Brain worm infections in whitetail deer, while common, are typically benign. But for moose, who are infected indirectly by the deer, they are devastating. The worms burrow into a moose’s brain, causing neurological disruptions that produce symptoms like droopy ears, stumbling, extreme weakness, seizures, emaciation, and, ultimately, death. “It turns the moose into a zombie,” Bennett explained to CBC News. “They can go blind, they go in circles and get hit by cars, and they just don’t seem like themselves. That’s why they usually have to be euthanized.”

Once numbering in the thousands in Nova Scotia, the province’s mainland moose population has fallen precipitously over the past century, barely cracking into the hundreds in recent years. Since 2003, authorities have declared mainland moose endangered on the peninsula. While many factors have contributed to the decline of the largest member of the deer family in Nova Scotia, brain worm parasites, also known as Parelaphostrongylus tenuis, are considered to be a significant factor. And while one study suggests that deer density may not be a determining factor, it is very clear that deer play a central role in transmitting the parasitic nematode.

In deer, adult brain worms deposit eggs in or near small blood vessels in the outer layer of the brain. Eggs and emerging larvae are swept into the lungs via the blood. From there, they make their way to the throat where they’re swallowed into the gastrointestinal tract and deposited into the external environment in mucus-covered pellets. Snails and slugs eat the mucus, ingesting the larvae, and foraging moose inadvertently ingest the snails and slugs while dining on their favored vegetation. The larvae penetrate the wall of the moose’s small intestine and then travel to the skull via the spinal cord, where they grow into adults and penetrate the moose’s brain.

With her work, Bennett hopes to better understand the prevalence and distribution of brain worms in deer so other researchers can take the next steps to protect mainland moose from infection. She has examined 85 deer brains so far, finding brain worms in about 40 percent of them, with an average of three to five worms per infected brain. She hopes to study up to another 100 brains gathered by the Nova Scotia Department of Lands and Forestry from roadkill and hunters in the course of her study.