The boy, who had been playing in his front yard, was dragged nearly 45 yards by the attacking cougar before his mother came to the rescue 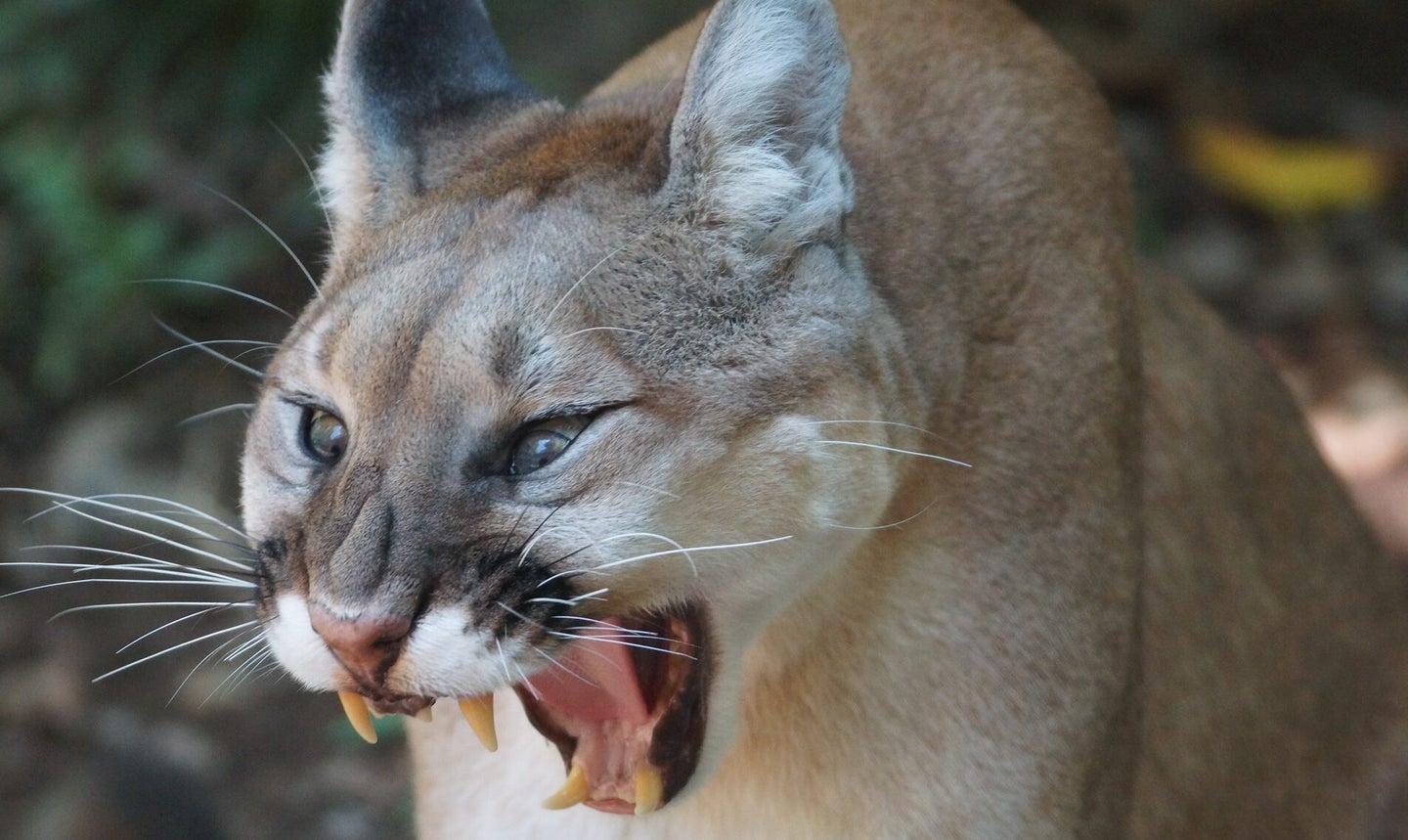 Mountain lion attacks are rare—but can be devastating. Mike Hansen via Pixabay
SHARE

A California woman saved her 5-year-old son from a violent mountain lion attack using just her bare hands. The incident, which took place on August 26, around 10:45 a.m. in the family’s front yard, was the first reported lion attack in the Santa Monica Mountains in more than 20 years. The 65-pound lion attacked the boy and dragged him nearly 45 yards, inflicting injuries to his head, neck, and upper torso before his mother heard his screams.

“She ran out of the house and started punching and striking the mountain lion with her bare hands and got him off her son,” Captain Patrick Foy, a spokesman for the California Department of Fish and Wildlife (CDFW), told the Associated Press. The boy’s parents rushed him to the hospital, where he was treated for non-life-threatening injuries. When the CDFW learned of the attack, it sent a wildlife officer to the family’s home to investigate. During an initial sweep of the family’s Calabasas, CA, property, the responding officer discovered a mountain lion in the corner of the yard that had its ears laid back and was hissing. The officer reasoned it was likely the attacking lion and shot it in the interest of public safety.

About twenty minutes later, the officer noted the arrival of two more mountain lions, one a full-grown adult wearing a radio collar and the other, a smaller mountain lion that was roughly the same size as the dispatched animal. After confirming with the boy’s mother that the attacking lion was not collared, the officer used a tranquilizing rifle to capture the non-collared lion for forensic testing.

At the CDFW’s lab in Sacramento, wildlife forensic scientists analyzed traces of human tissue and blood found beneath the euthanized lion’s claws and positively identified the young boy’s DNA. The dead lion’s DNA was also located on the victim’s shirt. In a press release, CDFW said the “results were conclusive that it was the attacking lion that was shot by the wildlife officer on scene.” Meanwhile, an analysis of the tranquilized lion’s DNA proved that it was not involved in the attack.

The collared lion was identified as P-54, an adult female who is being tracked as a part of a mountain lion study by the National Park Service (NPS). P-54 had given birth to two cubs in October 2020. She quickly vacated the neighborhood where the attack took place. Working with the NPS, CDFW collared and released the tranquilized lion as close to its mother as possible. The size of the euthanized lion indicated that it was likely P-54’s second cub.

If you encounter a mountain lion, “do not turn around and run away. Keep kids close by. Put them on your shoulders. Try to look bigger than you are,” Ana Beatriz Cholo with the Santa Monica Mountains Recreation Area told the LA Times. “If it doesn’t work and the mountain lion doesn’t leave, you need to be more assertive.”