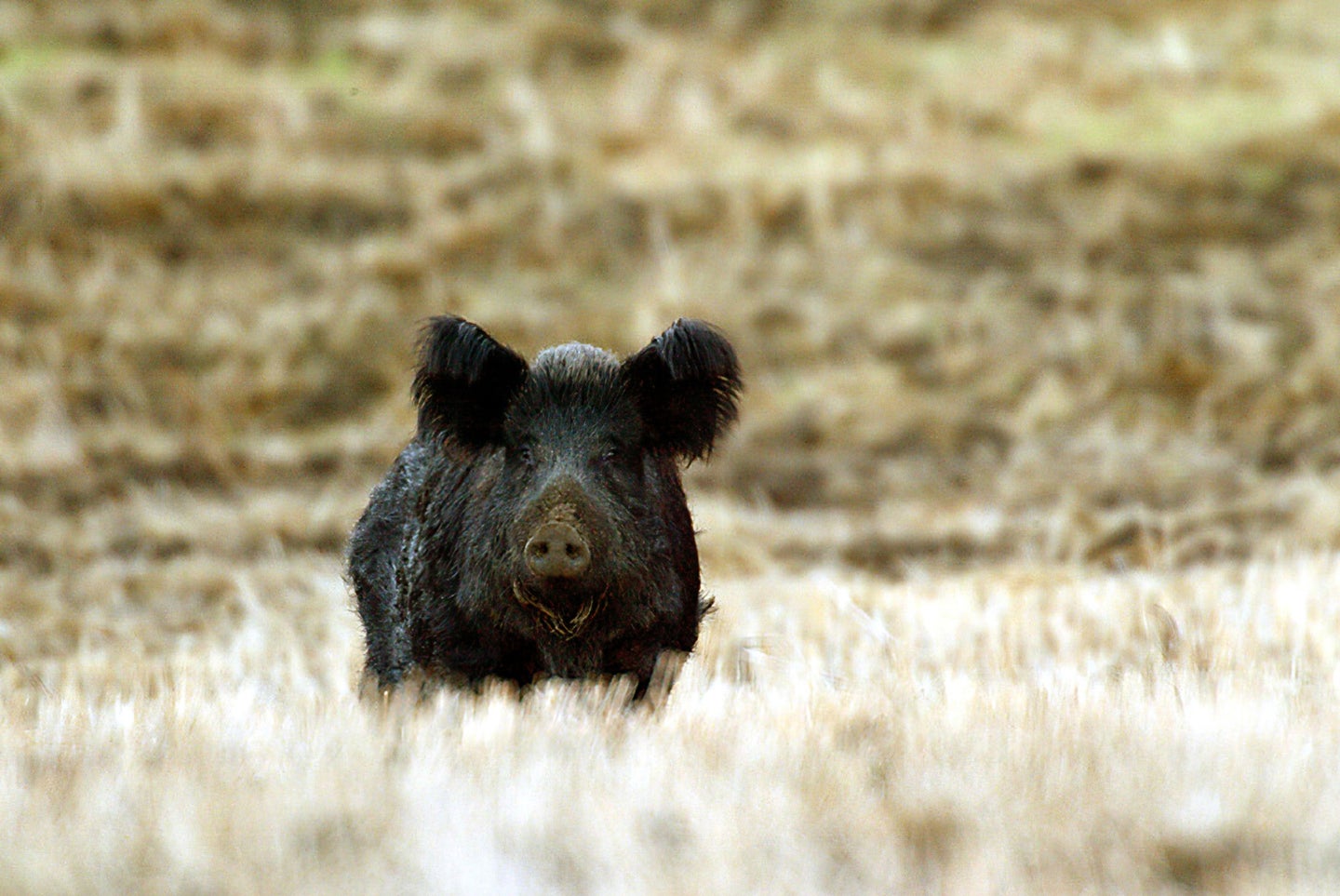 The California Department of Fish and Wildlife says there are roughly 400,000 invasive hogs roaming the Golden State. CDFW
SHARE

A new California law signed by Governor Gavin Newsom on Thursday, September 22 will allow licensed hunters in the Golden State to kill an unlimited amount of wild hogs. The changes came in the form of Senate Bill 856, which passed with unanimous support in the state legislature.

The passage of SB 856 comes as the wild hog population in California soars to what the California Department of Fish and Wildlife (CDFW) estimates at some 400,000 pigs. And those pigs are wreaking ecological havoc on native flora and fauna while simultaneously harming agricultural operations all over the state, according to California lawmakers and wildlife officials. Proponents of the bill say that removing the existing bag limit on pigs could help the state win its battle against invasive hogs once and for all.

“I commend the governor for bringing us a step closer to controlling our destructive wild pig population, which is exploding across California,” said State Senator Bill Dodd of Napa in a press release. “These non-native, feral animals are endangering sensitive habitats, farms, and wildlife. By increasing opportunities to hunt them, we can reduce the threat to our state.” According to Dodd, invasive wild pig populations have taken root in 56 of California’s 58 counties. He says that the elimination of bag limits will allow for better population control and habitat management.

While SB 856 enjoyed broad support in the California State Senate, it garnered heated opposition in the months leading up to its passage—mostly from within the hunting community itself. Opponents of the bill, like Rick Travis, who’s the legislative director for the California Rifle and Pistol Association (CRPA), say it could lead to less money for conservation by reducing the number of tags a hunter will need to purchase in order to kill multiple pigs.

“The bill allows grape growers more ability to use depredation permits,” Travis adds, noting that the new law makes it easier for them to hire professional cullers to reduce pigs on their properties. In turn, this could limit hunting opportunities, he said. CRPA is just one of several hunting-focused organizations that opposed SB 856. Other opposition groups included Safari Club International, California Houndsmen for Conservation, California Waterfowl, and the California-based non-profit Howl for Wildlife.

In a portal on its website that collected nearly 6,000 signatures in opposition to SB 856, Howl for Wildlife called the original version of the bill “bad legislation” and claimed that it was written with help from anti-hunting groups that aim to limit hunting opportunities across the board. Whitwham told F&S that the opposition to SB 856 from hunting-focused groups actually led to some significant amendments in the bill’s final language. “The bill originally proposed a $15 dollar pig stamp that would allow you to take as many pigs as you wanted,” he said. “The pig harvest is still unlimited, but that license fee is back up to $25. So that will help with any potential decrease in revenue.” He also said that a provision in the bill that gave rise to concerns about the potential legalization of hunting hogs at night was addressed by the CDFW’s law enforcement division before it was signed into law. “All the night hunting stuff went away,” he said.