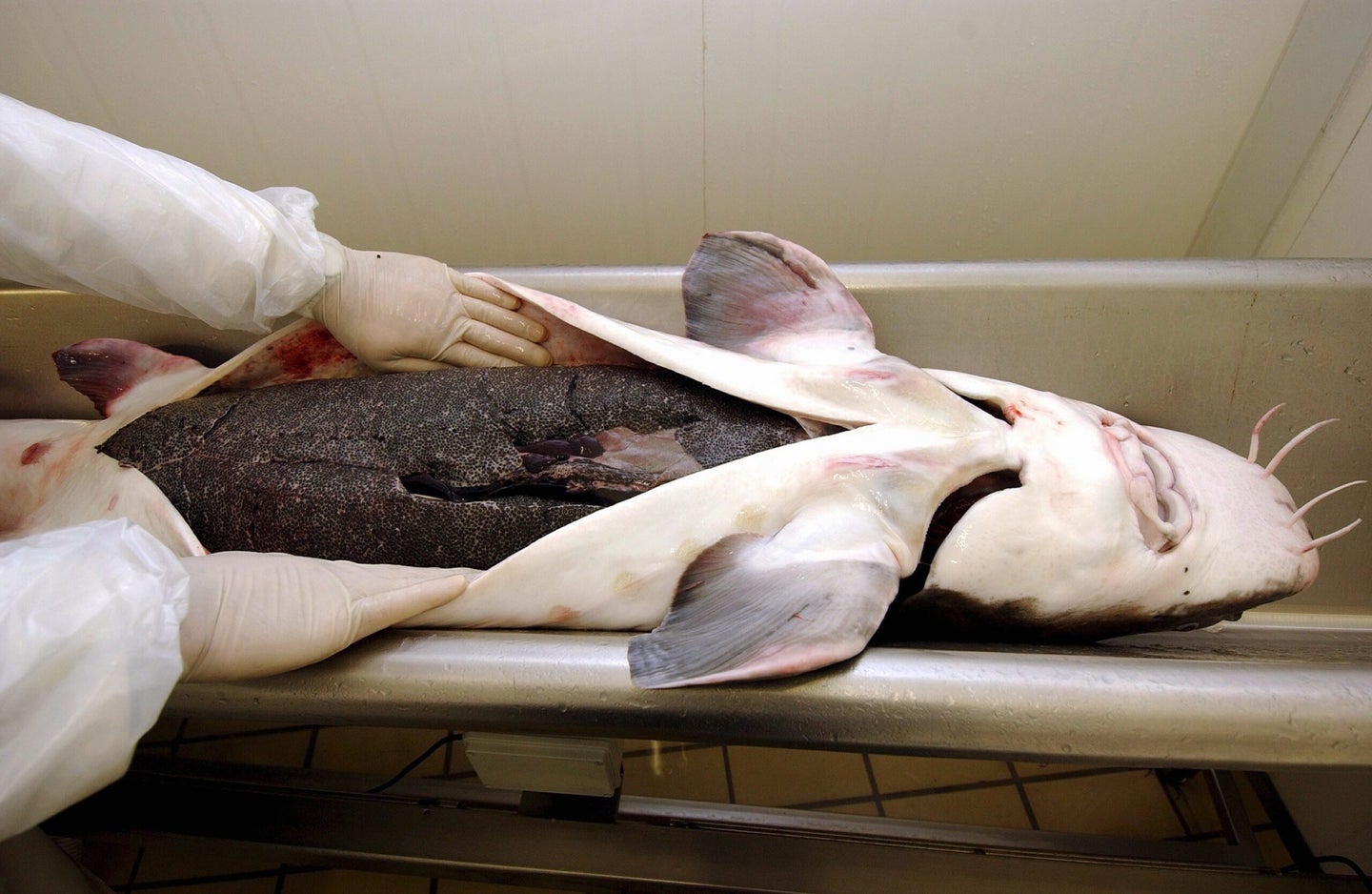 An investigation into a series of sturgeon poaching incidents has netted more than a dozen suspects—and unearthed one of the biggest black market caviar rings in California history. The poaching investigation kicked off in January 2022, when the California Department of Fish and Wildlife (CDFW) began monitoring two men named Andrew Chao and Ay Pou Saechao of Oakland, California. They allegedly worked with several other poachers to take up to 36 white sturgeon from Sacramento Valley waterways.

Native to the West Coast, white sturgeon are considered the largest freshwater fish in North America, according to the CDFW—which considers them a “species of special concern.” They typically migrate between saltwater bays and estuaries and large rivers and deltas. White sturgeon can grow up to 20 feet long, weigh more than 1,000 pounds, and live for 100 years or more. Golden State anglers are allowed just three fish per year with a daily limit of one fish. There’s also a strict slot limit in place between 40 and 60 inches.

Throughout the course of their surveillance efforts—which included nighttime stakeouts, Facebook and GPS monitoring, and wire transaction tracing—CDFW officers discovered that Chao and Saechao were targeting white sturgeon for their eggs.

White sturgeon typically produce about 5,600 eggs per kilogram of body weight, which means the average female can harbor roughly 200,000 eggs. Chao and Saechao were suspected of selling the illegally harvested sturgeon roe to members of the San Francisco-based Petryanik family, who processed the fish eggs for caviar that they then sold on the black market. Black market caviar can go for up to $150 per pound, according to the East Bay Times.

The first arrest in the months-long investigation came in March when Chao was pulled over by CDFW agents with a giant sturgeon crammed into the trunk of his car. “On March 14, officers performed a traffic stop and found an 85.5-inch white sturgeon in the back of Chao’s vehicle,” reads a CDFW press release. “Chao was arrested on additional charges of conspiring to poach sturgeon and possession of an oversized sturgeon. The fish was still alive, and officers successfully returned it to the water after quickly taking evidence photos.”

During the investigation, officials kept a close eye on the activities of 38-year-old Yevgeniy Petriyanik. The CDFW monitored Petriyanik’s cell phone, put a GPS tracking device on his pickup truck, and eventually observed him buying a bucket of sturgeon roe that he took home and processed into caviar with help from family members. A search warrant for the Petryanik family Paypal account turned up several hundred dollars worth of illegal caviar sales allegedly denoted by fish and whale emojis.

Read Next: Make Sure You’re Legal Before You Brag About (or Kill) Your Catch

All members of the poaching ring and the four Petriyaniks who helped process white sturgeon roe are facing poaching charges in Contra Costa County Superior Court. Court records recently cited by the East Bay Times show that prosecutors have filed new charges that will elevate misdemeanor sturgeon poaching charges to a felony status for several of the accused.