The wader company recently announced the unique conservation initiative, which stands to put significant funding towards wetland conservation across the country 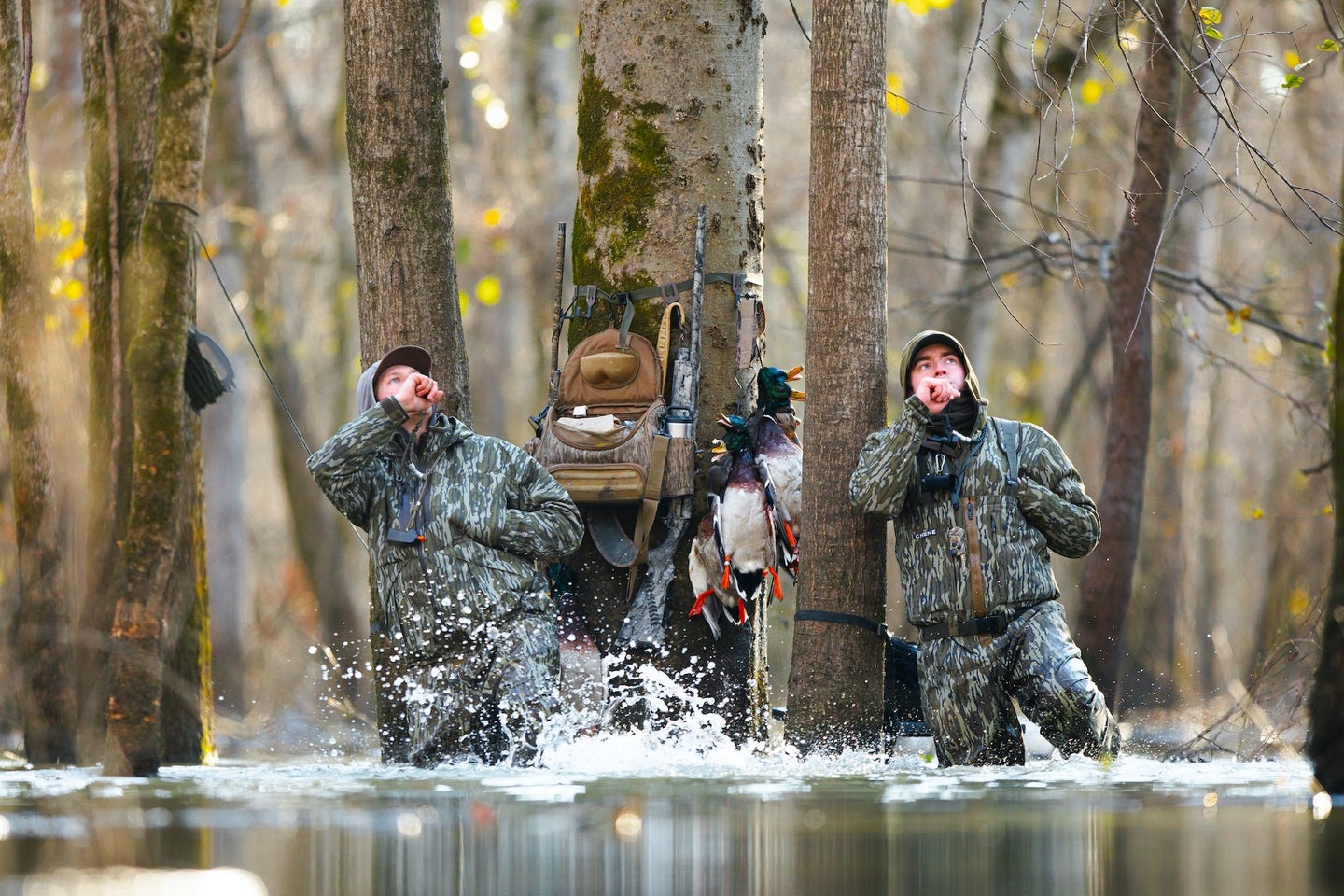 Chêne Gear recently announced that every pair of waders that they sell for the rest of 2023 will also include a Federal Duck Stamp. The announcement coincides with the release of their brand-new collection of performance waterfowl hunting gear—jackets, shells, vests, fleeces, and base layers. The initiative is a creative way to support conservation.

The Duck Stamp Act, also known as the Migratory Bird Hunting Stamp Act, was created in 1934 to provide a permanent source of money to fund the acquisition and conservation of wetlands across America. In order to hunt waterfowl, every hunter 16 years or older must purchase a Federal Duck Stamp for $25 each year, sign their name across it, and carry it on their person while hunting.

Currently, there are nearly 1.5 million duck stamps sold annually, and 98 percent of that revenue goes directly back into habitat conservation. Since 1934, the Federal Duck Stamp has generated over $1 billion for wetland conservation. Former Field & Stream editor Ray P. Holland was credited with coming up with the duck stamp program, which has provided critical to funding national wildlife refuges across the country for nearly a century. Last year, the folks who own F&S donated $33,200 to the U.S. Fish & Wildlife Duck Stamp program through the purchase of an unusual entry in the duck stamp contest sponsored by John Oliver.

Chêne Gear broke into the market in 2021 with premium hunting waders constructed from a 4-layer waterproof/breathable nylon fabric with a custom boot design and waterproof front zipper. The Field & Stream gear team tested out the waders last season. (You can read our full review of the Chêne waders in our Best Duck Hunting Waders story.)

Read Next: 13 Outdoor Brands That Give Back to Wild Places and Wildlife

“Quality habitat is the foundation to a strong waterfowl population, and the duck stamp program has a stellar record of protecting the wetlands that are vital to not just ducks and geese, but countless other species of wildlife,” says Jeff Jones, Chêne’s chief product officer. “We want to thank our customers, as well as support this program’s important work, by giving a portion of every wader sold back to the birds we’ve built our lives around pursuing. We encourage customers to pay it forward by purchasing an additional stamp for a new hunter, youth hunter, or even a friend or relative who doesn’t hunt but appreciates wildlife and wild places.”