Wild second-generation chinook-coho hybrids were first discovered in the Cowichan River in 2019. A recent study looks at the potential consequences of the unusual phenomenon 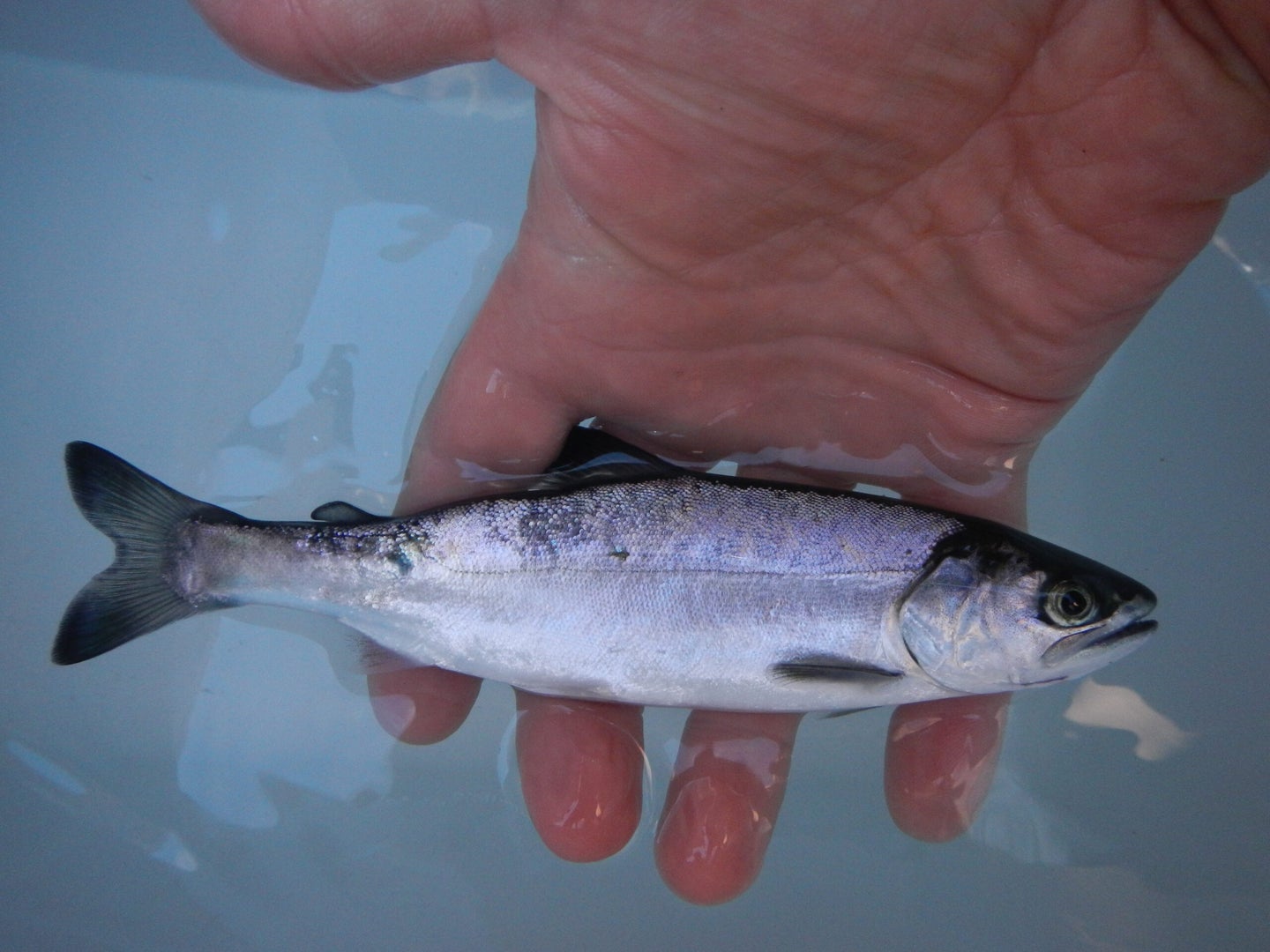 Researchers say this salmon has genes from both chinook and coho salmon. . Will Duguid
SHARE

We recently came across a 2019 story about team of researchers in Canada who found wild hybrid salmon in the Cowichan River near Victoria, British Columbia. These fish were crosses between coho and chinook—and two were even found to be second-generation crosses, meaning that at least one of their parents was also a hybrid. The surprising discovery was considered the first documentation of second-generation coho-chinook hybrids in the wild, and there has been additional research since.

“For a hybrid to exist, we need overlapping spawning grounds and timing,” Andres Araujo, Department of Fisheries and Oceans biologist, told the CBC. That overlap likely resulted because of drought, which led to historically low flows. The chinook’s traditional early-fall spawn in the area was being pushed into late fall due to summer drought conditions extending into September. That delay put the chinook spawn in sync with coho’s typically late-fall spawn cycle. Hybrid chinook-cohos are identified by their different spots, fin shape, and mouth color, with some also having abnormal scale patterns near the tail.

Though the discovery was initially announced in the fall of 2019, a November 2021 study published in Ecology and Evolution provides greater detail about the rare phenomenon. The researchers confirmed that the hybrid salmon naturally occur in the Cowichan River each year and that the event is “likely exacerbated by prolonged low water levels which limit habitat and delay Chinook salmon spawning.” The study highlights climate change as a likely driver of the phenomenon. The frequency of a hybrid salmon originating in the Cowichan River was 4.92 percent compared to non-hybrid salmon, according to the study.

Wild hybridization of salmon is exceptionally rare. The natural phenomenon has been better documented in trout. For instance, the “cuttbow” is a hybridization between non-native rainbows and native cutthroat trout. Cutbows have become common in many watersheds in the West, where rainbows have diluted the gene pools of many populations of native cutties through hybridization.

In the recent study, researchers raised concerns about the ecological impact of hybridization on coho and chinook salmon in the Cowichan. They’re especially concerned about “introgression,” which is when genetic information is crossed into hybrids and then transferred back into one of the original species through “backcrossing.” The researchers who focused on salmon in the Cowichan worried that this could lead to reduced survival fitness due to the dilution of important genes specific to each species of salmon.

Read Next: Missouri Paddlefish Snagger Catches Rare Sturgeon at Lake of the Ozarks

“Given the potential negative impacts of hybridization, identification of hybrid fish extends beyond scientific curiosity,” emphasize the authors of the study. “Hybrid occurrence can be used as a monitoring tool of ecosystem changes and determining its origin with certainty warrants the value of a large-scale genetic monitoring program.”