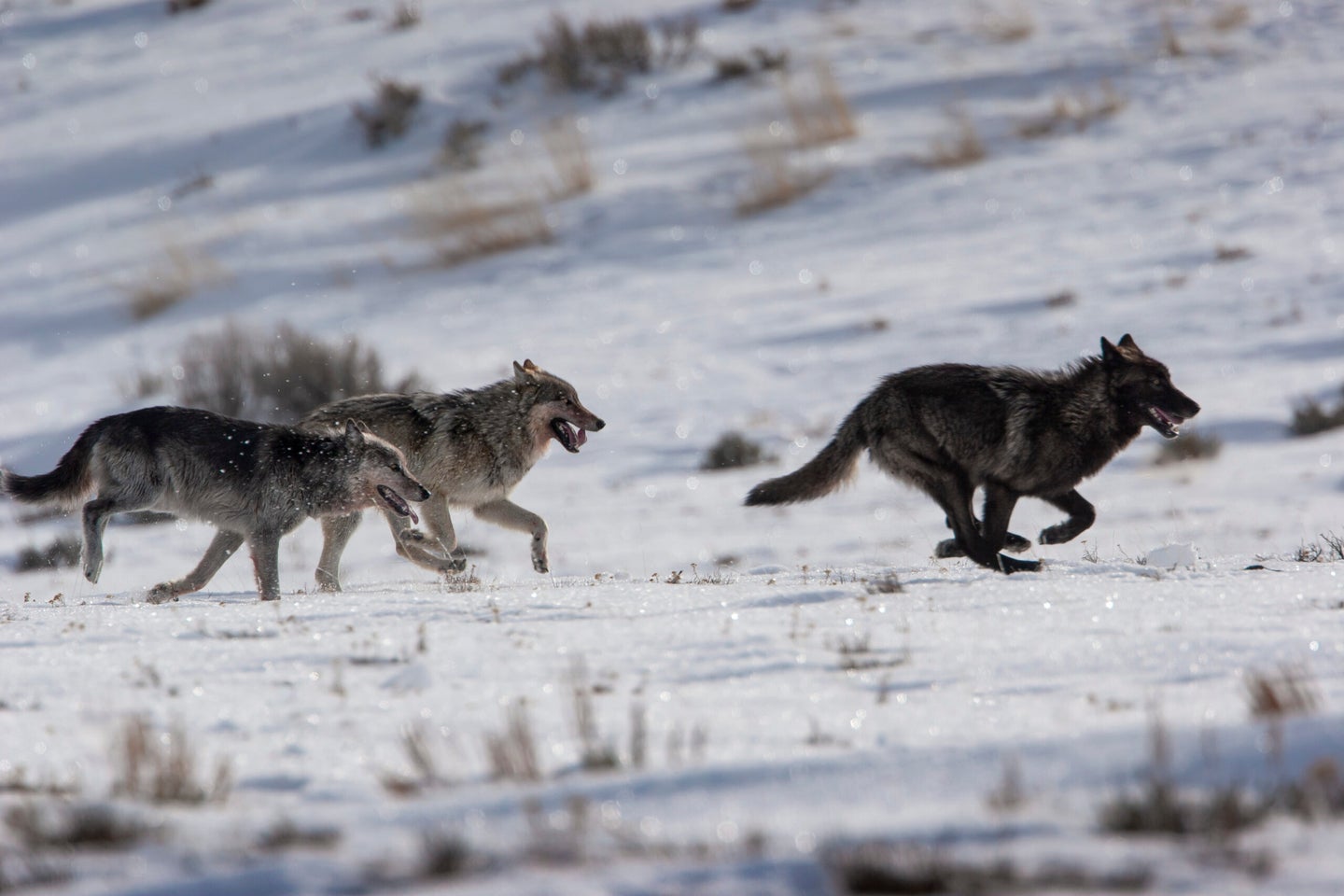 Wolf packs are typically comprised of one adult male and female pair and their young. Mark Miller Photos via Getty
SHARE

Wolves have killed a domestic calf in Colorado. According to the Colorado Cattlemen’s Association, it’s the first confirmed wolf kill of livestock in over 70 years. Wolves were extirpated from the state in the 1940s but a small number of them have been migrating into the state from Wyoming in recent years. The depredation event occurred in a northern part of the state, where a known pack of wolves that traveled south from Wyoming took up residence in 2020.

On December 19, 2021, Colorado Parks and Wildlife (CPW) received the initial report of possible wolf depredation at a private ranch in Jackson County. CPW District Wildlife Manager Kris Middledorf responded to it and conducted a field investigation and necropsy of the deceased calf.

“The results of this investigation indicated wolf tracks in the immediate vicinity of the carcass and wounds on the calf consistent with wolf depredation,” said Middledorf. The state will reimburse the rancher for the wolf-kill under its current game damage process, which treats wolf kills the same as it does livestock killed by bears or mountain lions.

Meanwhile, the state is developing a new wolf management plan in response to the narrow passage of Proposition 114, which mandates that CPW reintroduce wolves in the state by 2023. “CPW is working on draft regulations for the Commission’s consideration on hazing for these naturally migrating wolves in the state,” said CPW Director Dan Prenzlow. “Our goal is to provide producers with resources to minimize the likelihood of conflict or depredation as we work to create a statewide wolf restoration and management program as directed under Proposition 114.”

The Colorado Cattlemen’s Association, which stridently opposed Proposition 114, wrote in a press release that they hope CPW Commission will “consider this wolf attack and the widespread impacts as a sentinel example of how livestock can be impacted by wolf introduction.”

The recent incident comes in the midst of an ongoing saga over wolf management in the West and Midwest, which includes multiple lawsuits impeding wolf hunting in Wisconsin and a year-long review by the U.S. Fish & Wildlife Service on whether to restore wolves to the Endangered Species Act. If wolf management is reverted to federal control, it’s unclear what would happen to Colorado’s state-led restoration effort.