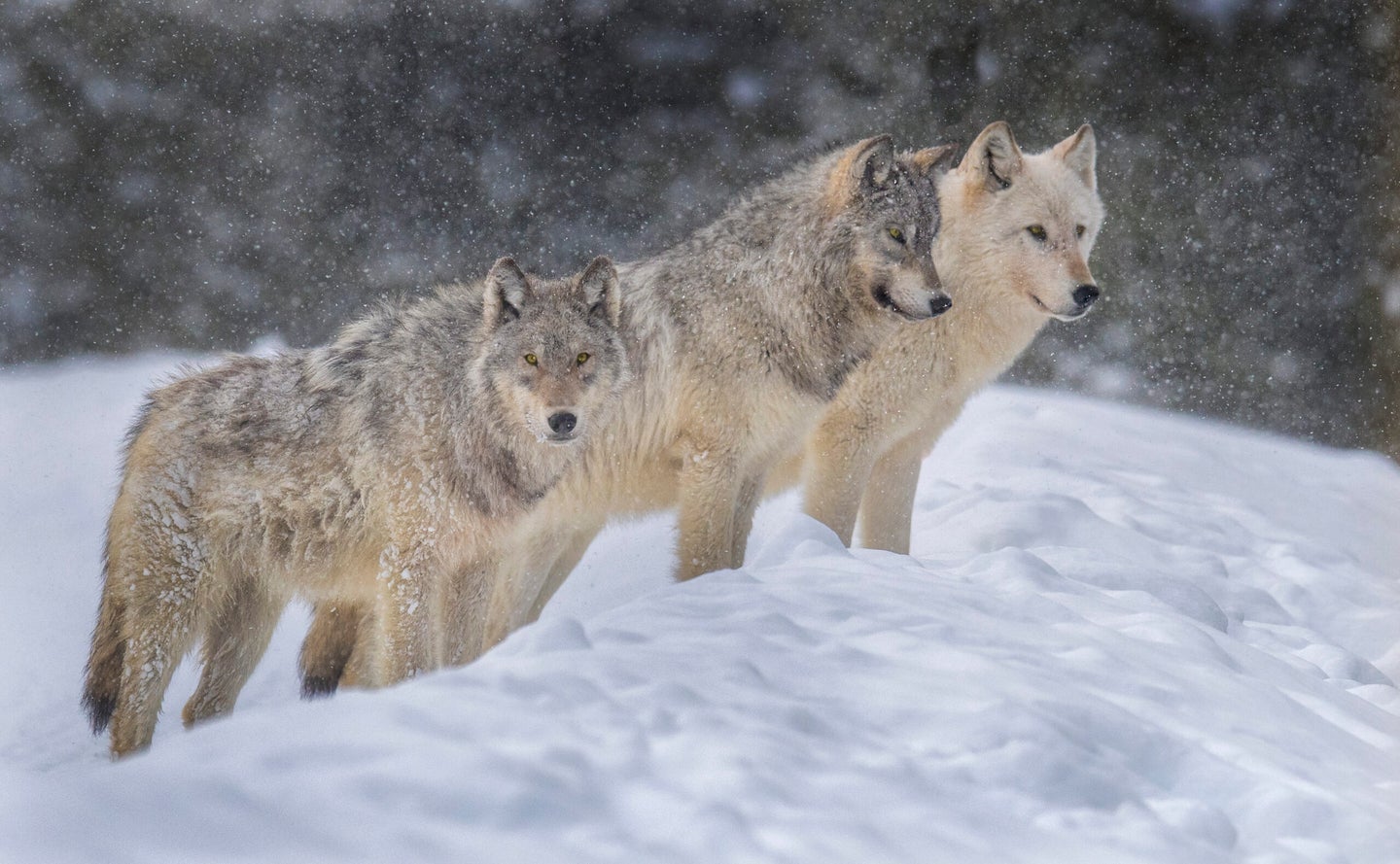 Wolves were completely absent from the contiguous Unites States until 1995, when 31 Canadian gray wolves were releases in Yellowstone National Park. Russell Burden via Getty.
SHARE

On Friday, December 9, Colorado Parks & Wildlife (CPW) laid out its plan for reestablishing wolf populations in the western part of the Centennial State. In a 293-page document called the Colorado Wolf Restoration and Management Plan, the agency called for the transfer and release of 30 to 50 gray wolves from other Rocky Mountain states onto Colorado’s Western Slope over the next three to five years. The announcement comes more than two years after a statewide ballot initiative mandated wolf reintroduction in western Colorado by the end of 2023.

In its draft plan, CPW says it will ultimately work with other state agencies to capture 10 to 15 wolves each fall and winter from several different packs across the West. Those animals will be fitted with GPS tracking collars and immediately released on private or state lands along the Western Slope. According to the Colorado Sun, no wolf releases will occur on federal land—and all potential release sites must lie at least 60 miles from tribal land borders, as well as the state’s shared borders with Wyoming, New Mexico, and Utah.

The report says that two large areas in the state have been identified for wolf reintroduction based on ecological suitability and lack of potential conflict with human or livestock populations. Those areas lie “along the I-70 corridor between Glenwood Springs and Vail, and extending down the Roaring Fork Valley” and “along the Highway 50 corridor between Monarch Pass and Montrose.” No exact release sites within these areas have been determined at this point. CPW did say that it plans to trap wolves for the program from Idaho, Wyoming, Montana, Oregon, and Washington.

The agency says that will address all wolf-human conflict on a case-by-case basis. And while it hopes to focus on education as primary tool for mitigating and minimizing conflict, CPW isn’t ruling out lethal responses and compensation for ranchers who might lose livestock to wolves once they’re successfully reintroduced. The plan proposes to pay ranchers $8,000 for each animal that is killed by wolves.

The reintroduction plan represent a historic change for wildlife management in Colorado, but it won’t give the state its first naturally-reproducing wolf population since the species was extirpated in the 1940s. Those wolves arrived on their own in 2019 from Wyoming’s Snake River pack. They were found to be naturally reproducing in February 2022.

During a meeting with CPW commissioners on Friday, Eric Odell, the agency’s species conservation program manager, said that there will be both positive and negative outcomes associated with the reintroduction plan. “The greatest challenges associated with wolf restoration and management are primarily going to come from social and political issues rather than biological ones,” Odell said.

When Colorado Proposition 114 passed back in November 2020, it got through on an extremely slim margin. Of Colorado’s 64 counties, only 13 voted in favor of wolf reintroduction, with most of the support coming from highly-populated urban centers along the state’s Front Range—far from where CPW plans to reintroduce the species. The draft plan will now be subject to a public comment phase and could change based on stakeholder feedback. A final version of the plan is expected on April 6 of next year. On-the-ground wolf reintroduction efforts won’t begin until the end of 2023.