Just 9 of 125 elk calves fitted with racking collars in the spring have survived, and cougars accounted for the largest number of carnivore-caused deaths, by far 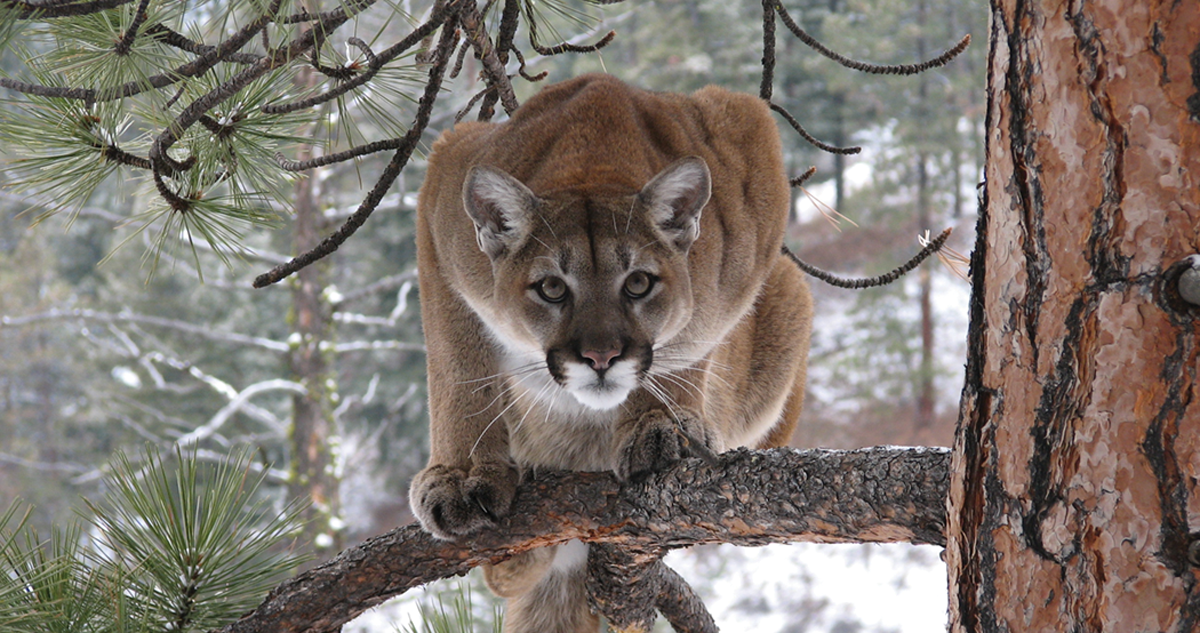 Few elk calves in southeastern Washington’s Blue Mountains are surviving their first year, prompting county commissioners there to ask the Washington Department of Fish and Wildlife to extend the mountain lion season and protect a struggling elk herd.

According to WDFW Communications Manager Staci Lehman, just nine of 125 elk calves fitted with radio-tracking collars in the spring remain alive today. Lehman tells F&S that elk calf mortality by predation is expected and natural, and the extent of mortality can vary due to several factors. Not all 114 elk collars recovered by the agency came from animals killed by predators. Some collars failed and some calves (estimated at 7) lost their collars, Lehman says. Still, predators accounted for most of the calf deaths, with cougars particularly efficient at the task.

In their petition to the WDFW, Asotin County Commissioners Chris Seubert, Brian Shinn, and Chuck Whitman wrote: “We share a common concern with our constituents and were shocked at the most recent elk calf mortality study. Coupled with other data on elk mortality, we have grave concerns about the apparent inadequacy in the protection of the elk and elk calves to date.” Garfield County commissioners also asked for an extension to “allow as many as possible cougars to be removed from our area.”

The Blue Mountains elk herd is one of 10 identified in Washington State. Its population appears to have peaked in the late 1970’s and early 1980’s at an estimated 6,500 elk but then began declining in the late 1980s. The herd’s management plan calls for maintaining the population at approximately 5,500 animals, but the Lewiston Tribune reports a current estimated population of just 3,600 animals.

The Politics of Washington’s Predator Management

Cougar management, and predator management in general, has been contentious in the state, and is reportedly one of the reasons why a recently appointed member of the Washington Fish and Wildlife Commission resigned last month. Fred Koontz, appointed by Gov. Jay Inslee to a term set to expire Dec. 31, 2026, stepped down in December, to the apparent pleasure of hunters who believed his appointment, along with that of Lorna Smith, another commission member perceived to be generally unsupportive of hunting interests, was skewing the board away from the North American Model of Wildlife Conservation.

In 2015, Gov. Inslee overturned a WDFW decision to increase the cougar harvest to 17 to 21 percent of the estimated cougar population within portions of eastern Washington where wolves are present. His emergency order restored cougar harvest rates to 12 to 16 percent throughout the state.

In November, the commission also failed to approve a 2022 spring bear hunting season, despite state wildlife biologists asking for the hunt to go forward. Anti-hunting groups pushed strongly for the spring ban. Koontz and Smith voted against the hunt. Koontz also suggested that the Blue Mountains elk herd management objective of 5,500 was too high and recommended other management actions beyond the short-term increased targeting of predators that prey on calves. However, already implemented sharp reductions in the availability of cow tags for hunters does not seem to have helped.

WDFW Will Consider Petitions and Monitor the Herd

A Blue Mountains cougar research project that concluded in 2013 found densities of 3.02 mature cats per 38.6 square miles. The rest of the state averaged 1.5 to 1.7 adult cougars over the same expanse of land. Analysis of the kill sites where the radio collars were recovered, as reported in early December, indicated that besides the 54 calves killed by cougars, nine where killed by bears, three by coyotes, two by wolves, and one by a bobcat. Four calves were killed by either bears or cougars (but not unequivocally one or the other), and another four by an unknown predator.

While improving habitat is part of the equation when it comes to meeting elk population targets, the county commissioners weighing in hope increased pressure on mountain lions might give next year’s calves a better chance.

Cougar season is open statewide from Sept. 1 to Dec. 31, with the late season running from Jan. 1 to Apr. 30. “During the late season, hunt units remain open until their designated harvest guideline is reached,” Lehman says. “The three Blue Mountains cougar hunt units did not reach their harvest guideline and are open during the late season. Eight adult cougars were taken in these units during the early season. A similar cougar harvest trend in the three cougar hunt units occurred last year.” A total of 18 to 24 cats can be killed in the Blues during the early and late seasons. “The department is continuing to monitor elk calf survival and is producing an assessment of findings, which will identify management strategies aimed at rebuilding the Blue Mountains elk population,” Lehman says.