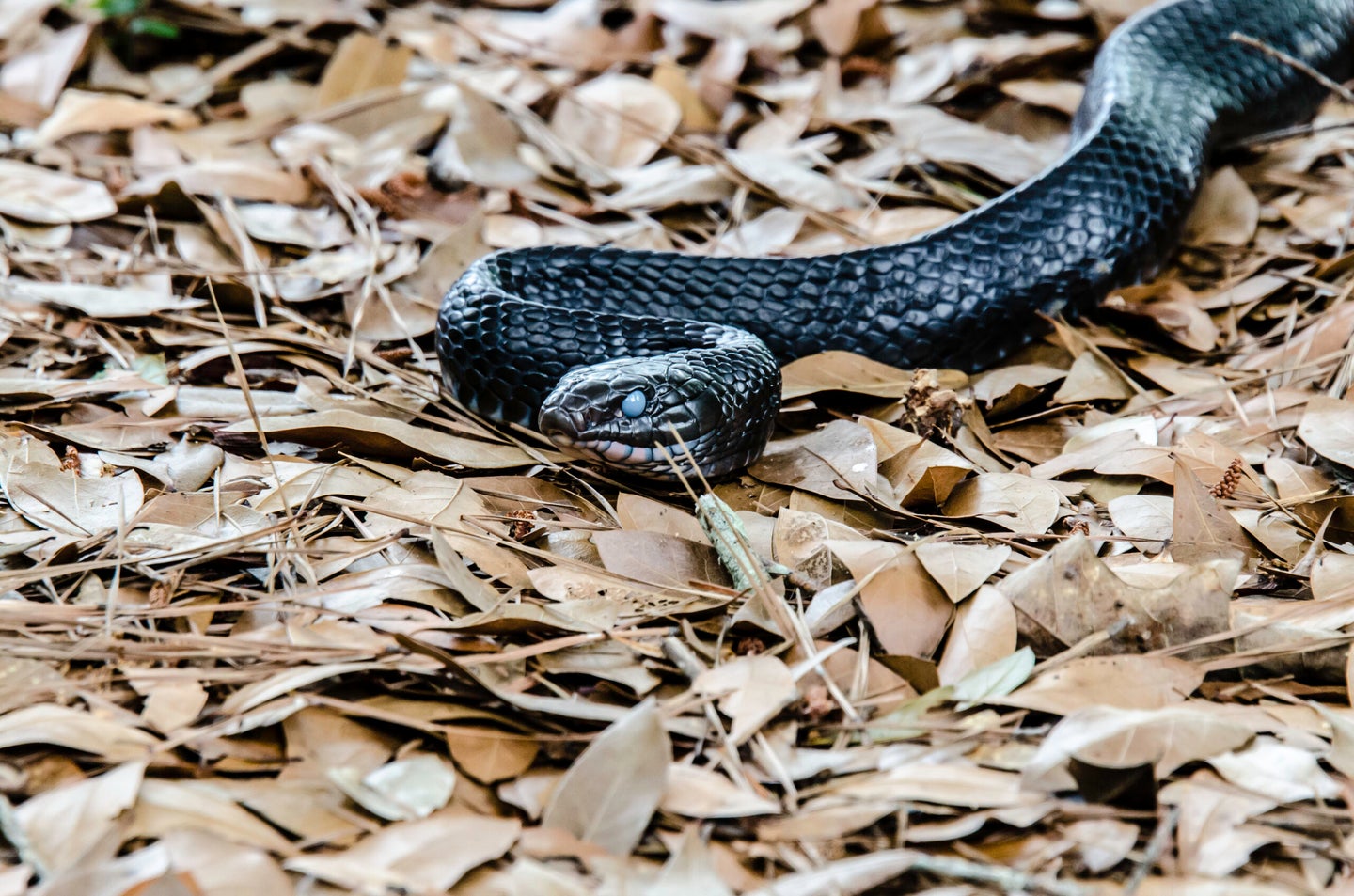 Eastern indigo snakes are known to the largest serpent native to the U.S. Gary Carter via Getty Images
SHARE

For only the second time since 1954, a wild-born Eastern indigo snake has been found in Alabama. The discovery leads local biologists to believe the rare reptile is once again breeding in the state. The Alabama Wildlife and Freshwater Fisheries Division announced the news on its Facebook page on March 17, writing the find was “just what we wanted!”

Traci Wood, a biologist with the Alabama Department of Conservation and Natural Resources, told al.com that the snake, which was approximately one foot long and less than a year old, was discovered in Conecuh National Forest by a graduate student from Auburn University. “It’s exciting because it’s evidence that the work we’re doing is paying off,” Wood said.

The Eastern indigo is the largest snake native to the United States, growing up to 8 feet long. Once common throughout the longleaf pine forests that used to dominate Alabama, the snake was extirpated from the state by the 1950s, largely due to habitat loss. Today, it is found in pockets of Georgia and Florida.

“The importance of this snake is that it’s considered the forest ruler,” Wood said. “So he’s the guy that kind of keeps everything in balance among all the other species that are found in the longleaf ecosystem.” An apex predator, the eastern indigo has been documented feeding on copperheads and rattlesnakes, species that are known to have a detrimental effect on bird populations. Without the Eastern indigos around, Wood said populations of copperheads have increased.

In 2006, a team of scientists from federal and state agencies launched a project to reintroduce the Eastern indigo to Alabama, starting a captive-breeding program using snakes from Georgia. Since 2010, more than 200 snakes have been released into Conecuh National Forest. The two wild-born snakes that have now been found in the area indicate the released snakes were able to adapt to the wild and produce offspring. Jim Godwin, an animal biologist with the Alabama Natural Heritage Program, told CNN that researchers could tell the snake was wild-born because it was smaller than the released Eastern indigos and lacked a transponder tag, which all released snakes have been fitted with. The snake found last week was tagged and released back into the national forest. If it is found again, the tag will provide valuable data to scientists about its behavior, movement, and health.