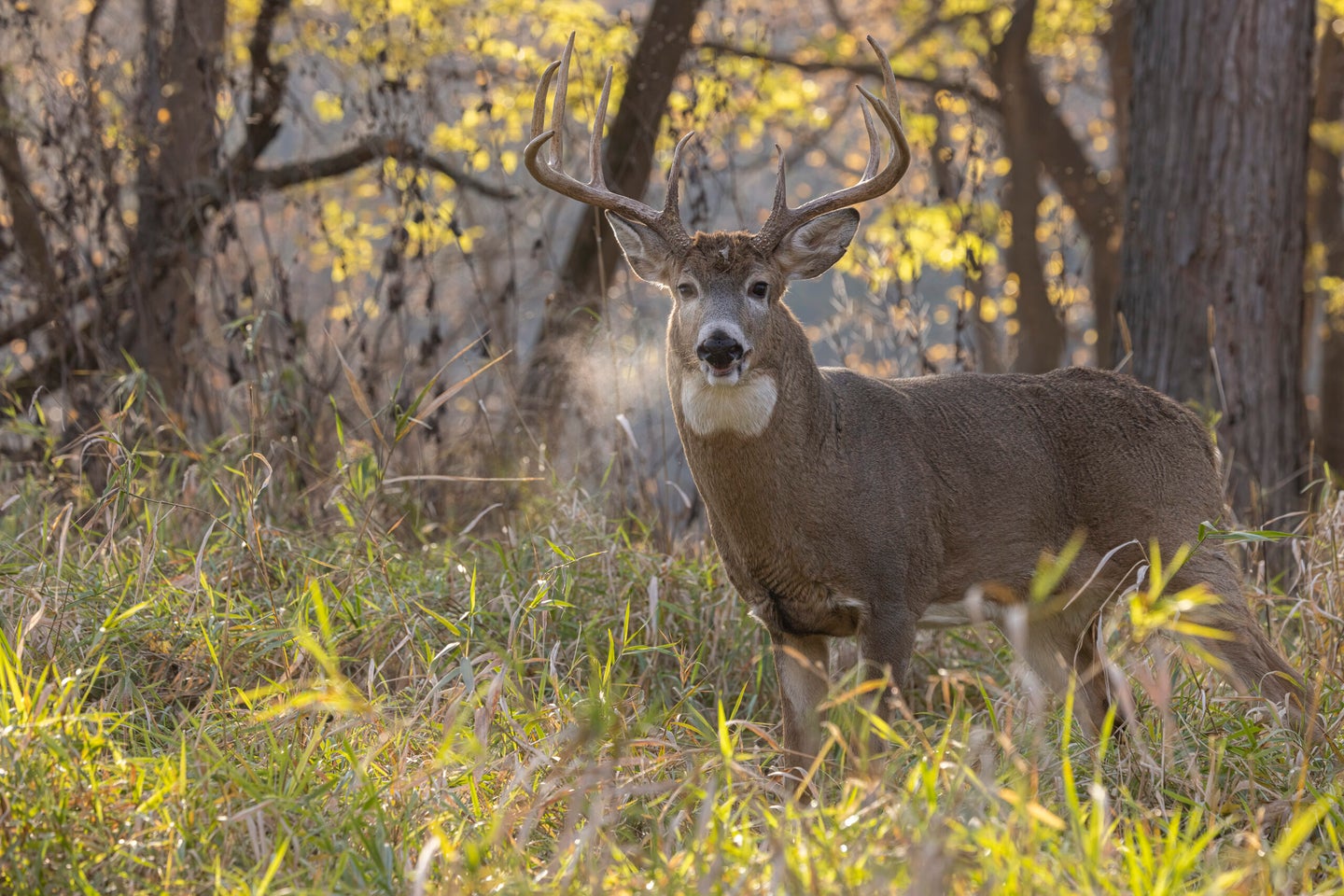 According to a recent National Deer Association (NDA) report, a serious outbreak of epizootic hemorrhagic disease (EHD) is currently infecting whitetail deer in parts of Ohio and Indiana. EHD is an infectious, viral disease that impacts deer, elk, pronghorn, and bighorn sheep. It is transmitted by biting midges known as “no-see-ums.” The disease is known to kill a significant number of deer across the country each year, especially in the southeast.

“The biggest takeaway from our report is simply that the two big hotspots are Ohio and Indiana. Really, it’s the same outbreak because it’s in eastern Indiana and southwest Ohio along the border,” says NDA Chief Communications Officer Lindsay Thomas. “The outbreak in Ohio has expanded across most of the state.”

Early fall is a typical time of the year for EHD outbreaks. The NDA says that 12 other states have detected EHD this year, as of September 21, 2022, but the only sizeable outbreaks are in Ohio and Indiana. Other states with light regional activity include Delaware, Maryland, North Carolina, Virginia, West Virginia, New Jersey, New York, Pennsylvania, Kentucky, Missouri, Illinois, and New Hampshire.

“This is something that pops up every summer and early fall,” says Thomas. “What we’re seeing is the typical peppering of cases across the country. But Ohio and Indiana are the standouts, where it’s more serious. I wouldn’t call this a devastating outbreak, but it’s concerning.”

Ohio has confirmed EHD in more than 13 counties, while Indiana is seeing significant disease occurrence in Wayne, Union, Fayette, and Franklin counties. In response, the Indiana DNR has reduced the bonus antlerless deer quote in those counties. Thomas stresses the importance of hunters reporting potentially EHD-infected deer.

“It’s very important to deer hunters anywhere that come across sick or dead deer to report it immediately to their state agency. That is the only way agencies stay on top of these outbreaks and can test deer for the disease,” he says. “When officials know there’s significant enough mortality, they can respond with regulatory changes to limit hunter harvest to mitigate long-term impacts to deer populations.”

Thomas adds that it’s hard to say whether outbreaks will continue or spread, nor if other serious outbreaks will emerge. EHD prevalence depends on midge activity. With the year’s first real frost, outbreaks will likely die. But until then, they may continue or worsen. Still, Thomas says that as long as agencies adapt to outbreaks in a responsible manner, the long-term outlook is far from dire.

“The biggest thing to understand about EHD is that in the long-term, these losses are not going to be permanent or even long-lasting,” he says. “Deer populations bounce back pretty quickly, even in areas that we consider to be pretty hard hit. For the decades we’ve been studying this disease, deer populations have gone on just fine.”