Reportings of Wild Elk in Iowa Are On the Rise

Elk are likely dispersing from neighboring states into the Hawkeye State 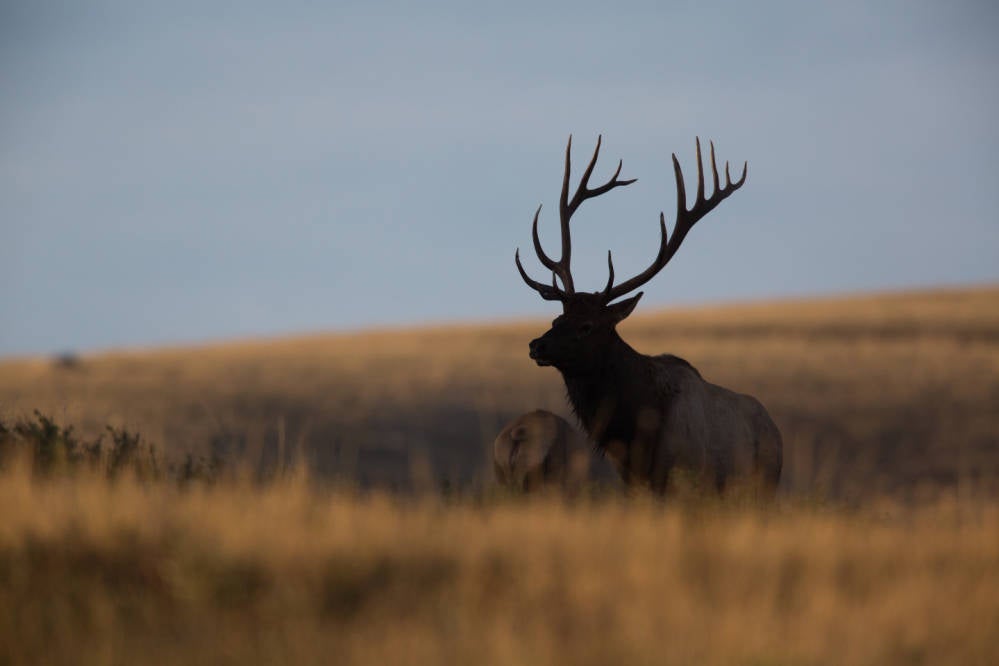 Elk are native to Iowa but have long been extirpated from the state. Ryan Hagerty / USFWS
SHARE

Elk have been turning up more and more often on trail cameras in Iowa lately. State wildlife officials this week confirmed a rise in sightings after several reports from whitetail deer hunters who were surprised to capture photos of the much larger species on their cameras.

“I had reports coming in weekly to my office all fall,” said Josh Gansen, a wildlife biologist with the Iowa Department of Natural Resources (IDNR) Saylorville Wildlife Unit, in a news release. “It’s to the point that it’s no longer uncommon.”

Officials say the elk are most likely young males from wild herds in western and central Nebraska, as well as the Black Hills of South Dakota, dispersing in search of new territory. The number of visiting elk is probably low, they say, but because the roaming bulls can cover a lot of distance, they tend to show up on multiple trail cameras.

The boom in sightings may also be driven by other factors, including that people are putting up more trail cams than in the past, according to the IDNR. KCCI TV reported that Shaun Rydl “thought it was a joke” the first time he captured photos of an elk near Boone. “It’s a farm that my brothers and I own together, and we’re all just really fascinated to see that he showed up—now three different times on the trail cams over a two-week period,” said Rydl.

IDNR officials say neither elk nor moose—another occasional visitor to the state—have established breeding populations there. Elk were once native to Iowa, which was largely made up of prairie, and they provided an important food source for Native American tribes and pioneers in the region. But with the onset of settlement in the 1830s and the conversion of grassland to crop fields and pasture, elk were mostly pushed out by the 1860s. The last reported historical sighting of elk was in 1871.

Read Next: Watch a Massive Bull Elk Take a Fatal Fall After Tripping Over a Fence

Elk are protected by Iowa law. The recent sightings are widely seen as an opportunity to appreciate a game animal that once was once right at home in the state. “Take a moment to enjoy seeing a wild elk in Iowa,” said Doug Chafa, a wildlife biologist with IDNR’s Missouri River Wildlife Unit. “As long as these animals are not causing any problems, our position is we are going to leave them be.”