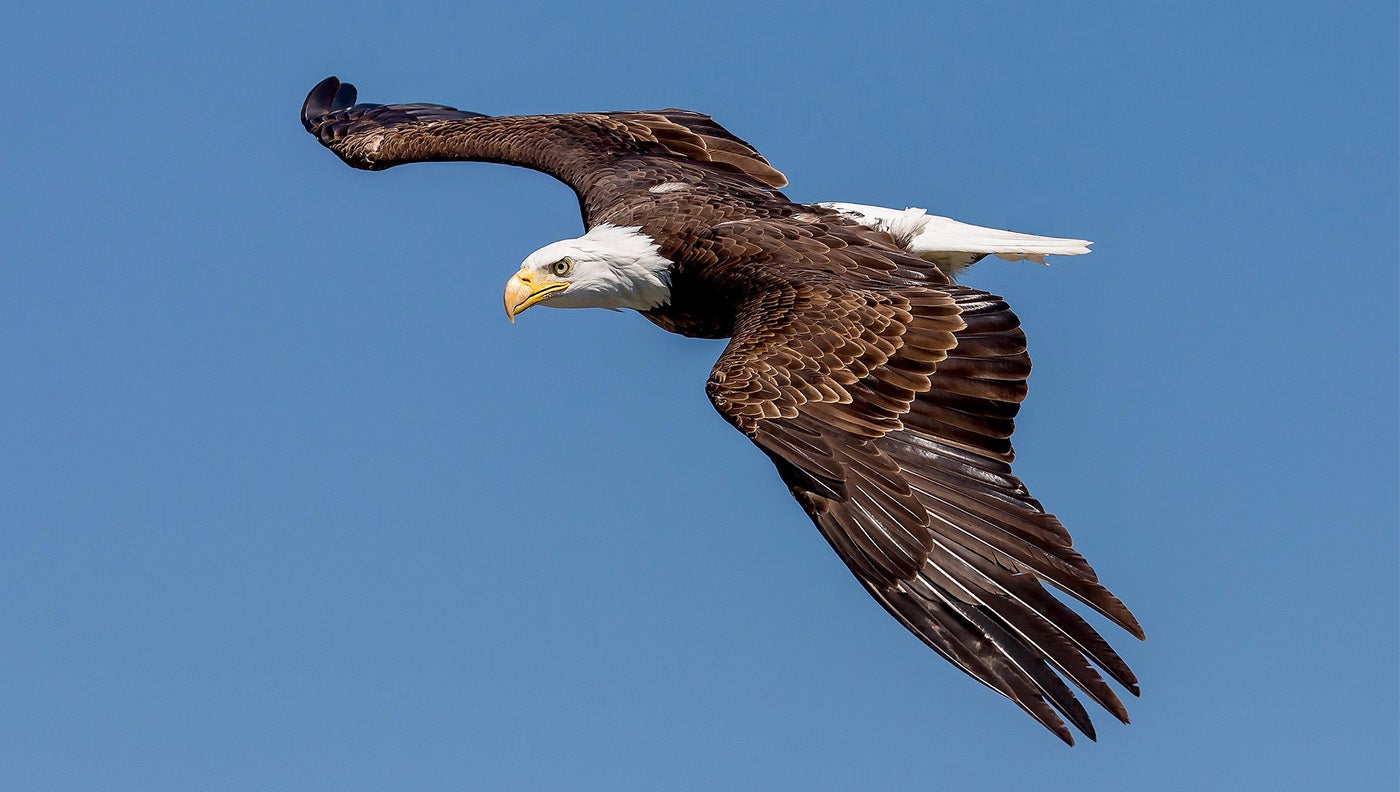 The company acknowledged the deaths of 150 eagles, at least 136 of them having been struck by turbine blades. Michael Kleinsasser from Pixabay
SHARE

At least 150 eagles have been found dead at wind farms, and the company to blame isn’t denying it. ESI Energy pled guilty this week to killing scores of raptors over the last decade in Wyoming and New Mexico due to blunt force trauma with turbine blades. As the Washington Examiner reports, the company owns 50 wind farms nationwide, but the Wyoming and New Mexico facilities in particular do not show any record of applying for the proper permits—a process that includes consulting with wildlife specialists for impacts.

“The U.S. Fish and Wildlife Service (USFWS) has a long history of working closely with the wind-power industry to identify best practices in avoiding and minimizing the impacts of land-based wind energy facilities on wildlife including eagles,” Edward Grace, USFWS office of law enforcement assistant director, said in a U.S. Department of Justice press release. “This (plea) agreement holds ESI and its affiliates accountable for years of unwillingness to work cooperatively with the Service and their blatant disregard of wildlife laws.”

Raptors are not the only avian species killed by wind turbines, of course, but this case stands apart because of documented bald and golden eagle kills on unpermitted property. Bald eagles lost the federal protection of the Endangered Species Act when they were delisted in 2007, but both birds of prey are still protected by the Bald and Golden Eagle Protection Act and the Migratory Bird Treaty Act. It’s illegal to injure or kill either without a permit.

The energy company must file permits for all of its facilities in the next three years, and its guilty plea comes with several monetary penalties, including a $1.9 million fine plus $6.2 million in restitution. An even bigger budget ding is spread over the next five years as a probation period with money specifically designated for the birds: ESI must put $27 million toward mitigating future eagle deaths at its wind farms.

“The sentencing today shows our commitment to both maintaining and making sustainable use of our resources,” stated Robert Murray, U.S. district attorney for Wyoming in the press release issued Tuesday. “It also ensures a level playing field for business in Wyoming and ensures those receiving federal tax credits are complying with federal law.”

According to NPR, the energy company is also responsible for eagle deaths at wind farms in Arizona, California, Colorado, Illinois, Michigan, and North Dakota.