The Apache trout nearly disappeared around the turn of the century, but the USFWS says that it no longer needs federal protections 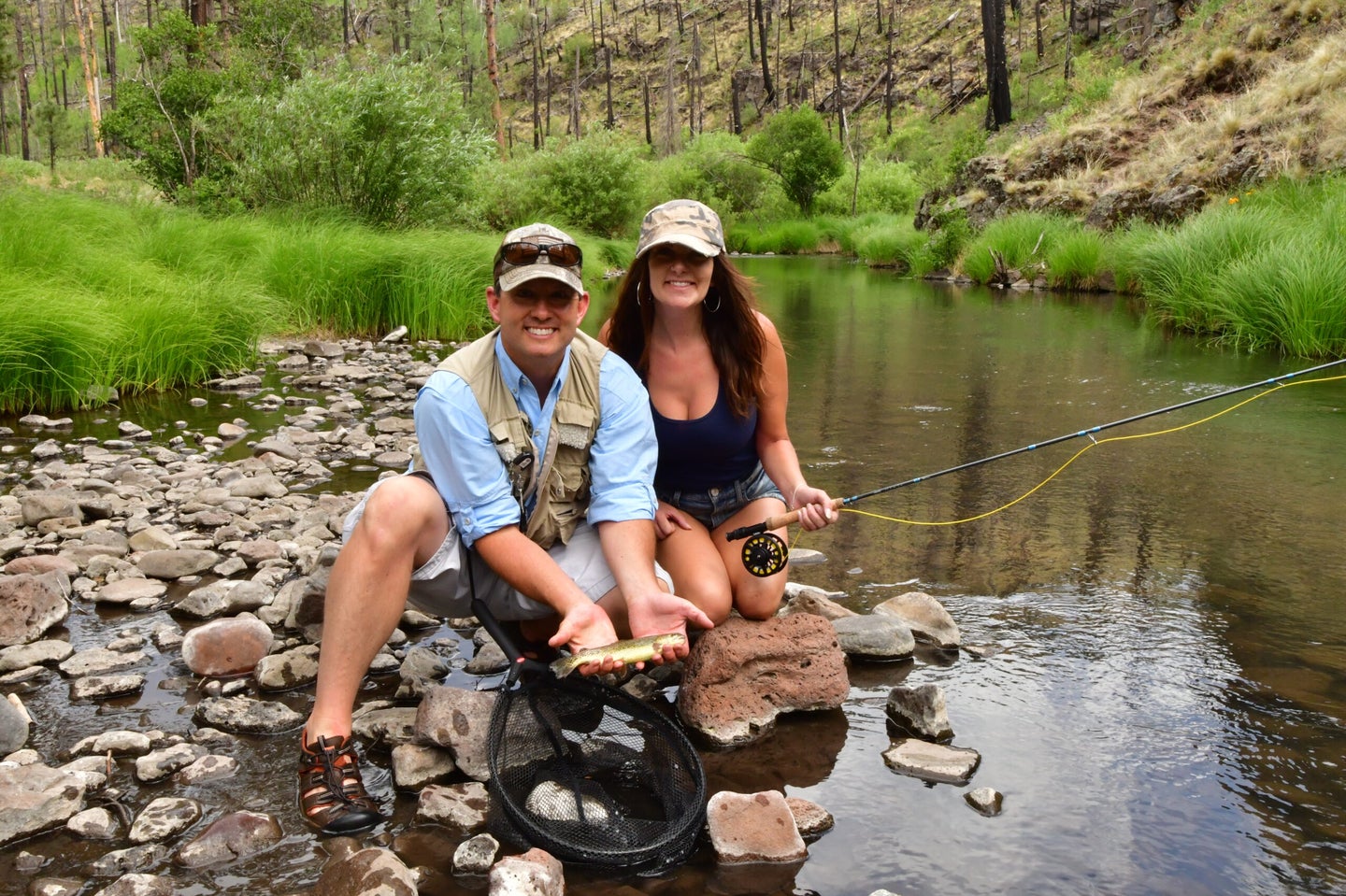 After a half-century of federal protection, a unique trout species is being considered for removal from the Endangered Species List. Native only to the high country of northern Arizona, the Apache trout is a hard-fighting, olive-colored salmonid with a bright yellow underbelly. It lives exclusively in the streams around the White Mountains of northeastern Arizona. While the small streams that these rare fish typically inhabit only allow them to grow to about 10 inches in length, they can reach sizes of 20 inches or more under the right conditions.

The United States Fish and Wildlife Service (USFWS) is recommending the removal of the Apache trout from the Endangered Species Act (ESA). The agency’s proposal comes at the end of a five-year review process involving the White Mountain Apache Tribe, Arizona Game and Fish (AZGF), the federal government, and the Arizona Chapter of Trout Unlimited (AZTU).

“We would like to thank our partners for their engagement and collaborative efforts alongside the Service towards the recovery of the Apache trout,” said Amy Lueders, Regional Director for the USFWS, in a press release. “We are excited to say the recovery actions by the White Mountain Apache Tribe and other partners have led to the recommendation to delist the species from the ESA.”

The USFWS says that the recovery effort included non-native trout removal, fish barrier construction, and the reintroduction of hatchery-reared Apache trout back into their historic native habitat. The apache trout is one of just two trout species native to the Grand Canyon State—the other being the closely related Gila trout. In fact, for many years, North American scientists didn’t fully understand the taxonomic distinctions between the Gila and the Apache trout. “It was originally considered the same species as the Gila trout, which was listed under the Endangered Species Preservation Act in 1967,” the USFWS explained. “Apache trout [were] first described as a unique species separate from Gila trout in 1972. A year later, it gained protection under the Endangered Species Act of 1973, and it was subsequently downlisted to threatened in 1975.”

Bringing Apache trout back to sustainable levels has been a goal of the federal government since at least 1979, but Indigenous tribes in the area have been working to restore the valuable native fishery even longer, the Arizona Chapter of Trout Unlimited AZTU tells Field & Stream. According to AZTU Chapter Chair Alan Davis, the White Mountain Apache Tribe has been trying to restore the fish since the mid-1950s. He says that the over-harvest of the yellow-bellied Apache trout by European settlers around the turn of the century played a big role in the native fish’s decline. “Back then, the fishing for these trout was just incredible,” Davis told F&S. “Like much of the excess that went on at that time, there would literally be strings of fish between trees.”

Read Next: 100,000 Lahontan Cutthroat Trout Are Being Stocked Into Lake Tahoe

The USFWS says that one impediment to the success of Arizona’s Apache trout was the introduction of non-native game fish species. “The gene pool was threatened by hybridization with non-native rainbow and cutthroat trout,” wrote the USFWS in its press release. “Additionally, non-native brook and brown trout pose threats through competition and predation.” In order to remedy this issue, the USFWS and the AZGFD have focused on the removal of these species from the Apache trout’s native range, measures that AZTU says it supports despite blowback from anglers who like to fish for the non-natives.

The next step for the USFWS in the official removal of the Apache trout from the long list of species protected under the ESA will be the publishing of a proposed rule to the federal register. That move will prompt a 60-day comment period seeking input from members of the public, as well as state, federal, tribal, and other government entities. To follow the process, you can use the USFWS’s Environmental Conservation Online System.