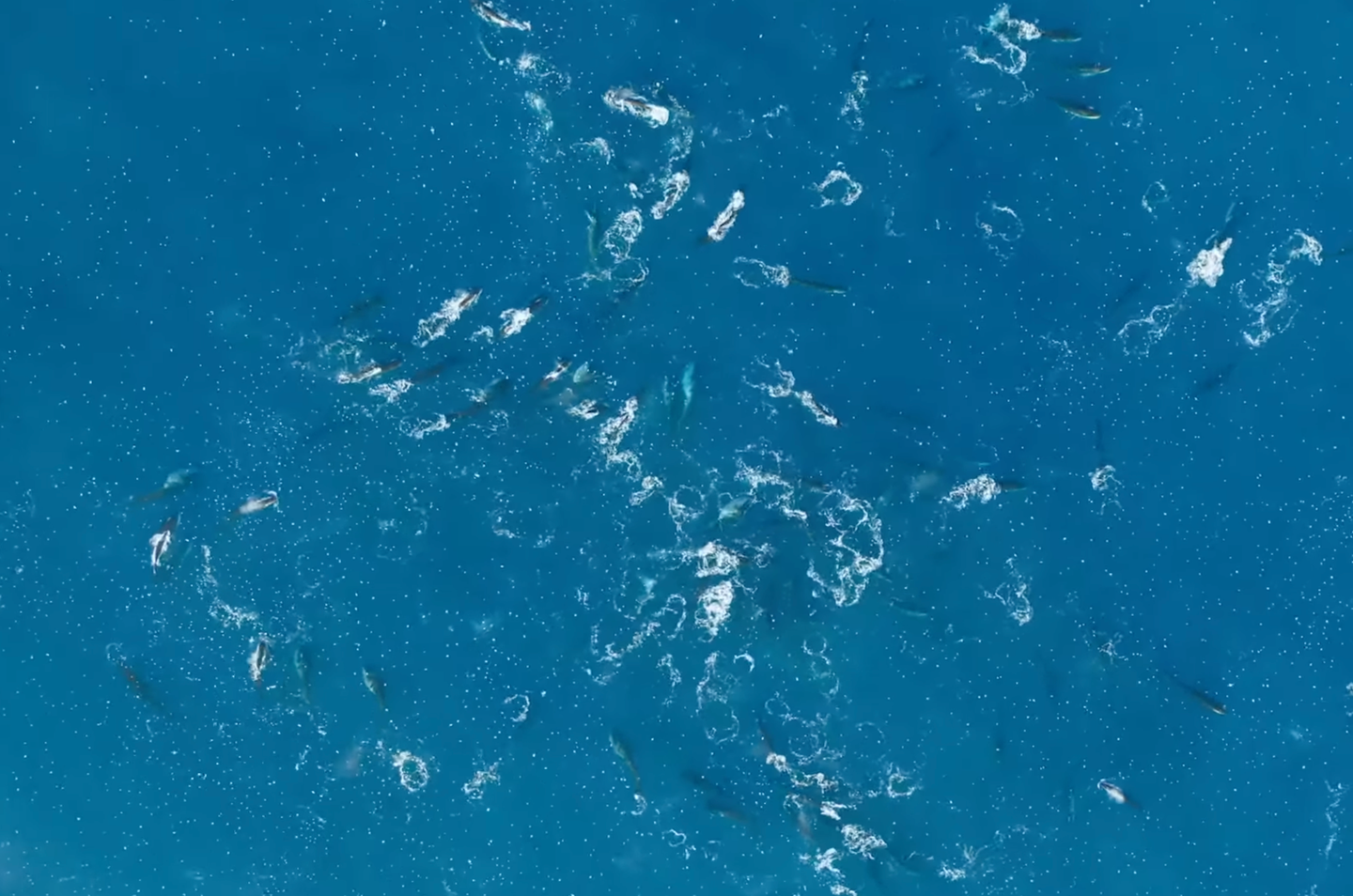 “It looked like cannons in an old sea battle,” filmmaker Bertie Gregory told National Geographic, referencing the whales spouting water from their blowholes. “There’s just something about seeing these big animals en masse, all together, that’s really magical. It’s one of the Holy Grails of wildlife film.”

The exceptional footage is also good news from a conservation standpoint. Fin whales can grow up to 90 feet long and weigh up to 80 tons. They’re the second largest species of animal on the planet. In the mid-1900s, the species was driven to the verge of extinction, after around 725,000 were killed for their blubber, according to the NOAA. In 1982, a moratorium on whaling allowed for the species to bounce back—as evidenced by the recent mass sighting. Before this year, the largest number of fin whales scientists had reported seeing feeding together was in the mere double digits.

Read Next: Watch the First-Ever Video of a Polar Bear Hunting an Adult Caribou

The video that was recently released was recorded in March of 2021 in the Southern Ocean near Elephant Island. The whales were feeding on small krill, likely being pushed up against the walls of the continental shelf in a phenomenon called upwelling. Based on the footage, scientists estimate that 300 fin whales were present in the area. Researchers tagged four of those whales with temporary satellite tags, hoping to discover more about their migration patterns.