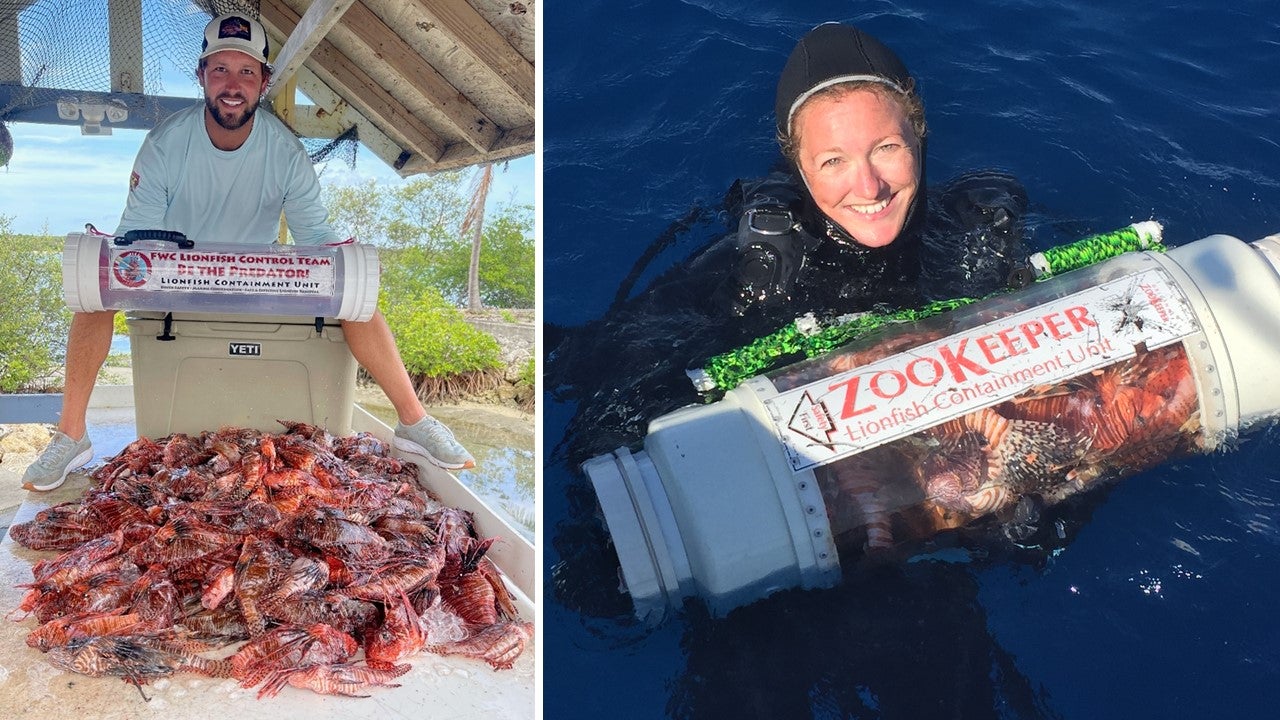 More than 180 divers combined to spear 21,146 invasive lionfish in Florida’s coastal waters between May 21 and September 6 during the state’s sixth annual Lionfish Challenge. Brooks Feeser of Jupiter finished in first place in the recreational division with 1,632 fish removed, while Rachel Bowman of Marathon won the commercial division. She harvested 730 pounds of lionfish. A total of 185 divers harvested fish in the competition, which was sponsored by the Florida Fish and Wildlife Conservation Commission. Participation in the annual event was at an all-time high.

This is good news for the native fish species along Florida’s reefs, which have been under siege since lionfish first appeared in the western Atlantic in the 1980s, most likely as aquarium pets released into the wild. The invaders, which are endemic to the Indo-Pacific, have since spread across the Caribbean Sea and the Gulf of Mexico. They have voracious appetites and few natural predators. Their diet includes fish that keep coral reefs free of algae. A female lionfish can produce up to 2 million eggs per year.

The size of the lionfish population is not known, nor is it clear whether the challenge and other lionfish contests are making a dent. “We can say, anecdotally, that we have heard of people seeing less lionfish on commonly visited reefs, which could be a sign of people knowing more how to harvest and taking action,” said Amanda Nalley, a spokeswoman for the Florida FWC. “There are also other factors that could be at play as well, including a recent disease that has impacted lionfish, as well as them possibly moving into deeper waters. Regardless, every bit of lionfish removal helps control the lionfish population and is something to be celebrated.”

Scientists and wildlife management agencies are experimenting with lionfish traps, but so far, spearfishing is the primary method of removal. Florida has no bag limit nor closed season for lionfish. Fortunately, the invader is considered to be a good-eating fish. Those willing to snorkel or SCUBA dive for them can often sell their catch. The Reef Environmental Education Foundation (REEF), based in Key Largo, maintains a list of restaurants where lionfish is on the menu.

The REEF is a key player in the effort to monitor and respond to the infestation. Lionfish “have been documented along the entire U.S. East Coast from Florida through Massachusetts, east to Bermuda and south throughout the Caribbean,” the organization notes. “The expansion has been extremely rapid and exponential in scope.”